Movies playing on screens around town this week 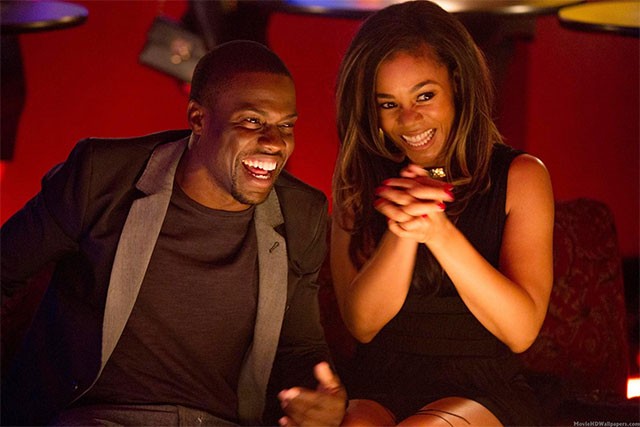 About Last Night Welcome to pointless remake week! The first of the unnecessary excavations is an “urban” take on the 1986 David Mamet romcom, in which Rob Lowe and Demi Moore played a young couple whose courtship is problematized by the questionable advice of their friends. Reimagining the story’s characters as African-American allows the film industry to obey one of its most deeply held 21st-century convictions. That multiculturalism is the moral responsibility of any truly legitimate art form? No, silly; that Kevin Hart needs to be in
everything. (R) – Steve Schneider

Endless Love Universal didn’t even bother to de-whiten its redo of the 1981 potboiler about a latter-day Romeo and Juliet, nor did it position the project as a vehicle for millennial heartthrobs anybody gives a hoot about. So what are the chances that this version will stake out its own space in the hearts of the young and weepy? Slim to none, if there’s anything close to typical in its dismissal by one pricelessly clueless IMDB poster as “basically a remake of The Notebook.” Live by the stupid, die by the stupid. (PG-13) – SS

The Past In the National Board of Review’s Best Foreign Language Film of 2013, an Iranian man (Ali Mosaffa) in the process of divorcing his French wife (Berenice Bejo, Cannes’ Best Actress) finds that her tangled familial relationships don’t end there. The week’s one truly original project, it’s also the only one not in wide release. Get the picture? (PG-13; opens Friday, Feb. 14, at Enzian Theater, Maitland) – SS

RoboCop If this one plays all its cards right (which is to say wrong), it could end up there with the John McTiernan Rollerball and the Tim Burton Planet of the Apes in the pantheon of remakes that make sci-fi fans wish that mindwipes were actually a thing. Dehumanization and decay in a corporate-controlled Detroit? That’s social satire ripped straight from yesterday’s headlines. And Gary Oldman, Michael Keaton, Samuel L. Jackson and Jackie Earle Haley are all in the flick, which according to casting-agent math equals about 16 halfway-respectable genre pictures we’ll never get to see. (PG-13) – SS

Winter’s Tale I’d love to end this roundup by declaring that Winter’s Tale is a doomed remake of the 1967 Laurence Harvey Shakespeare interpretation, but no dice – it’s actually an Akiva Goldsman adaptation of a novel from 1983. Fantasy-laced romance is on the menu when a thief played by Colin Ferrell discovers the power of love and reincarnation in a “mythic New York City” that’s blanketed by snow. Mythic? Like Bill de Blasio doesn’t wish. Colin Ferrell? Yeah, that was going to happen once. (PG-13) – SS