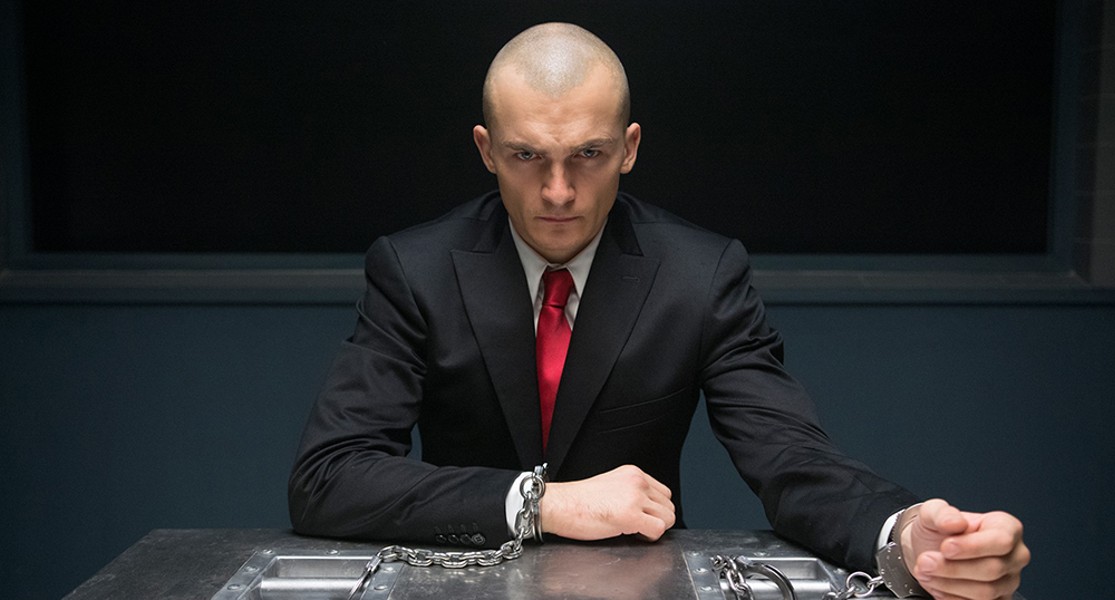 American Ultra Do you realize it's been a full five years since Kristen Stewart and Jesse Eisenberg appeared together in Adventureland? My stars and land o'goshen, how the time does fly. Now Stewart is the celebrity whose sexual orientation you care about even less than Rachel Dolezal's, and Eisenberg is the guy you're always going to mistakenly credit for being so good in Kick-Ass. Their hypothetically long-awaited reunion, American Ultra, casts Eisenberg as a suburban pothead whose pleasingly addled lifestyle is threatened when he learns he's a top-secret government sleeper agent. Jesse Eisenberg as a trained killer? Yeah, that's gotta be the most ridiculous idea Hollywood could come up with. (Seven months till we see his Lex Luthor!) (R)

Hitman: Agent 47 The answer is "2015." The question: "When will it be OK to start rebooting Timothy Olyphant movies from 2007?" Yep, it's already the second time at the roundup for the gamer-spawned franchise about a genetically engineered death dealer with a barcode on his neck. As Greg the Bunny once said of Jaws: The Revenge, "Michael Caine does not a Robert Shaw make," but maybe Rupert Friend will do a better job of replicating the required Olyphanticide. Along for the ride is Zachary Quinto, who knows so much about making reboots work that it's a running gag on The Big Bang Theory. Speaking of which, isn't that thing due for a reimagining right about now? (R)

Sinister 2 The French want you to know that left-handed people still suck! OK, that's not actually what this movie is about, but it's still something to keep in mind. While you enjoy the convenience of your right-handed cupholder, you can take in the "?" of this sequel, in which an unsuspecting single mom moves into the house that gave Ethan Hawke so much trouble three years ago. The production notes make a big deal over the fact that young actors Dartanian Sloan and Robert Daniel Sloan, who play the heroine's children, are actual twins in real life, which is a nice way of saying that nobody could afford much CGI and Armie Hammer was out of town. (R)