Opening in Orlando: ‘Forrest Gump: An IMAX Experience,’ ‘The Identical,’ ‘The Last of Robin Hood’ and ‘The Remaining’

Movies opening in theaters this week

by Steve Schneider and Erin Sullivan 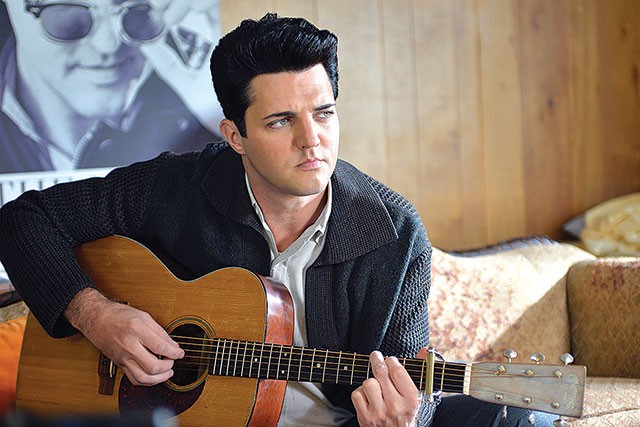 Forrest Gump: An IMAX Experience In the book, Forrest has an enormous wang, so talk about a missed opportunity. Then again, most of what gets advertised as “IMAX” these days is really just an 18-inch Samsung running Windows Magnifier, which means we wouldn’t be missing out on much large-format idiot-savant weenus anyway. The hook here is a digitally remastered print for the flick’s 20th anniversary, playing for just one week in an effort to find out how many people are willing to throw down cold, hard cash for a cleaned-up print of a movie they’ve seen six times already and 54 percent of them hate. Personally, I think Paramount should have gone whole hog and sprung for 3-D. “Dude, it was like the chocolates were in my lap!” (PG-13) – Steve Schneider

The Identical It’s time for the latest installment of America’s favorite long-running quiz, “What Is Ray Liotta Accepting Now?” The answer: a speculative drama based on the idea that Elvis’ twin brother did not die at birth, but was instead given away to another family and grew up to be – an Elvis impersonator! Of course, they don’t call him “Elvis” in the movie, because no project Liotta is involved with these days has that kind of money. Sadly, the onetime Henry “Hendry” Hill doesn’t even get to play the ersatz King, instead taking on the role of the wise preacher man who tries to keep his adopted son away from the Devil’s music. See, this is another one of those faith-based pictures that view culture and society 100 percent differently from the rest of us. I’d love to see what they’d do with Footloose. Or The Magdalene Sisters. (PG) – SS

The Last of Robin Hood Kevin Kline, Susan Sarandon and Dakota Fanning star in this movie about the final years in the life of Errol Flynn – a time when the actor’s star had faded, but his lust for beautiful young women had not. Flynn (Kline) gets involved in an illicit relationship with a teenage aspiring actress, Beverly Aaland (Fanning), which titillates Aaland’s fame-whoring mother (Sarandon). You can sort of guess what direction things take from there. – Erin Sullivan

The Remaining Forget religious rockabilly. Here’s a new whackjob genre to really savor: “faith-based horror.” That’s right – say it out loud. Say it twice. Roll it around your tongue. “Faith-based horror.” It’s gotta be the best contradiction in terms since “French resistance.” Or “folk rock.” Or “artists’ cooperative.” Sadly, in the case of The Remaining, “faith-based horror” seems to merely mean “Left Behind with poster art courtesy of Iced Earth.” In the story, the Rapture comes right in the middle of a young couple’s wedding, forcing their family and friends to make a serious decision: accept Jesus on the spot or finish off the chocolate fountain? This fundie Bridezilla parable comes to us from Affirm Films, the Sony imprint dedicated to making evangelical entertainment mainstream. And how good a job are they doing? Well, The Remaining isn’t even listed at ComingSoon.net. You’re making me work too hard at this gig, Jesus jerks! (PG-13) – SS