Opening in Orlando: ‘I, Frankenstein’

Movies playing in theaters this week 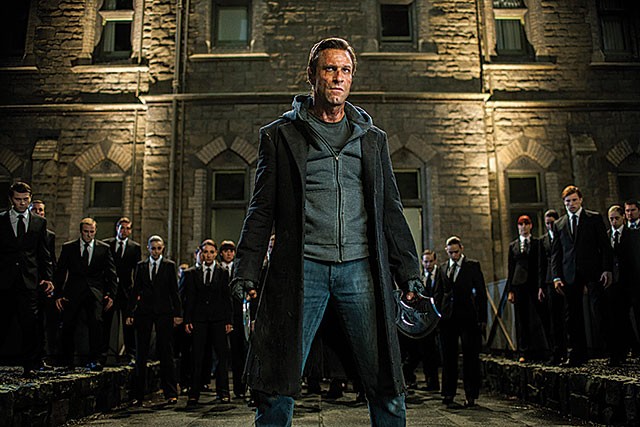 I, Frankenstein Why is this sci-fi actioner being presented as “from the creators of the hit supernatural saga Underworld,” when director/co-writer Stuart Beattie not only had nothing to do with any of those pictures, but can instead claim authorship of the more respectable Pirates of the Caribbean series – including the good one? Because the people who actually like Underworld are clearly the target market for I, Frankenstein, which: posits another war between inhuman clans (gargoyles and demons this time); likewise provides a role for Bill Nighy; and stars yet another slumming indie alum (Aaron Eckhart, the new Kate Beckinsale) who had better start being careful what he says “yes” to. (PG-13) – Steve Schneider

Lone Survivor The fetishization of warriors is nothing new in American cinema, and writer-director Peter Berg’s Lone Survivor, while a masterfully executed true-life action film, suffers from the same desire for myth-making and chest-thumping. Chronicling the ill-fated 2005 Operation Red Wings mission, Berg’s movie follows the four members of SEAL Team 10 – played by Mark Wahlberg, Taylor Kitsch, Emile Hirsch and Ben Foster – who were ambushed on a mountaintop by a small army of Afghans. While the actors are all top-notch, Berg doesn’t seem that interested in depicting who the soldiers were as men. The battle itself is gripping and, frankly, lurid stuff (you’ve haven’t experienced the full Dolby-accentuated wonder of a lung filling with blood until you’ve experienced this movie). It’s understandable why Berg, the son of a Marine, would want to honor SEAL Team 10. But Lone Survivor ultimately celebrates the cult of the self-sacrificing warrior rather than the cause they fought for. (R) – Jeff Meyers