Opening in Orlando: Justice League, The Star and more 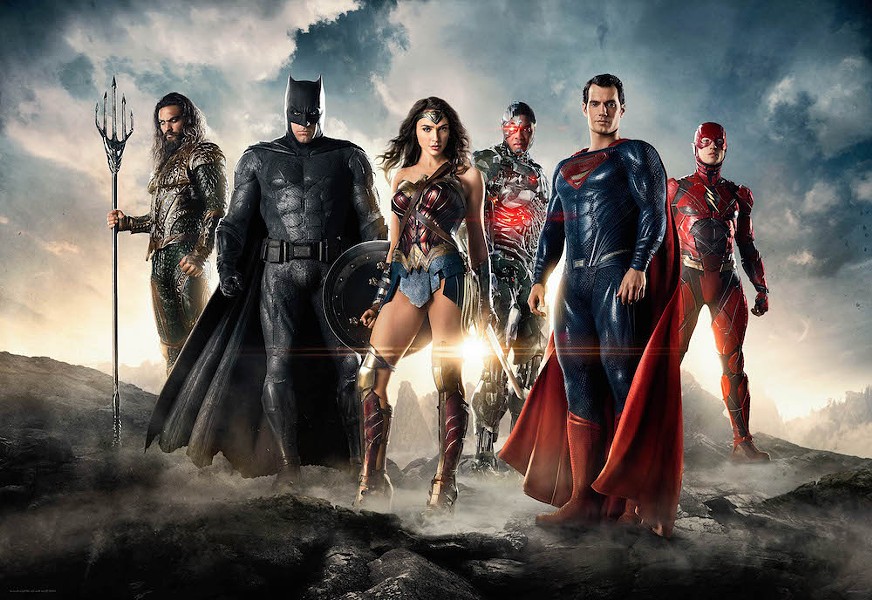 Justice League So let's review, shall we? The director they brought in to salvage this picture started hemorrhaging followers after his ex-wife accused him of being a serial philanderer and gaslighter. The male lead is an admitted titty-grabber with uncomfortably close ties to Harvey Weinstein (not to mention his role in shielding his own brother from allegations of sexual assault). Meanwhile, the female lead is a Zionist fanatic who can't be trusted with her own Twitter account, lest she tweet out another thumbs-up to her murdering buddies in the Israeli "defense" forces. Hey, Warner Bros. publicity department: You wanted to go into show business!

Amazingly, those are all only secondary considerations when it comes to Justice League, which became the target of actual expectations after the surprise success of Wonder Woman had WB bigwigs crying "We got one!" like Annie Potts in the original Ghostbusters. Has Joss Whedon managed to wring a decent flick out of the raw material Zack Snyder shot, which was allegedly "unwatchable?" I'm not holding my breath, especially with Ben Affleck taking to the media weeks before release to clarify that the finished product still has Snyder's "DNA" – which sounds like the kind of explanation you give after a country music concert is shot up by a guy whose father was once on the FBI's most wanted list. Predictions: Superman still gets less than 10 minutes screen time in total, and the Flash is only slightly more tolerable than Jar Jar Binks. (PG-13)

Roman J. Israel, Esq. Denzel Washington plays against type as a nerdy, principled lawyer whose suddenly upward career trajectory is tied to a lapse in personal ethics. Funny that there would be a cause-and-effect relationship there, but it is a movie after all. Variety says the film has a pleasingly '70s vibe but "meanders." Hey guys: What do you think the '70s were like, anyway? (PG-13)

The Star Sony Pictures Animation says its latest feature shows a bunch of adorable animals playing a crucial role in "the greatest story ever told." Wow, we get to watch a woodpecker drive the nails into Christ's wrists and ankles? Actually, no, given that the movie's interpretation of said Greatest Story starts and ends with the nativity. So we'll see a donkey, a sheep and a dove follow the fabled star to the equally fabled manger, just like cute critters did in every quasi-blasphemous bit of musical fanfiction you ever got to sing at your youth fellowship's regional retreat. Except back then, you weren't envisioning Tracy Morgan as a camel. Straight up humpin', y'all! (PG)

Wonder This generation gets its own Mask as a boy with facial deformities enters the public-school system for the first time. Leading roles for Julia Roberts and Owen Wilson as the kid's parents indicate a high treacle count. Not convinced? Three more words: "with Mandy Patinkin." (PG)

Also Playing: Pottersville Everybody from Judy Greer to Ron Perlman to Christina Hendricks is in this under-the-radar dramatic comedy, in which Michael Shannon portrays a small-town businessman who gets mistaken for Bigfoot. "Is this the weirdest movie ever filmed in CNY (Central New York)?" asks Syracuse.com. Dare to pose the tough questions, guys. (NR)