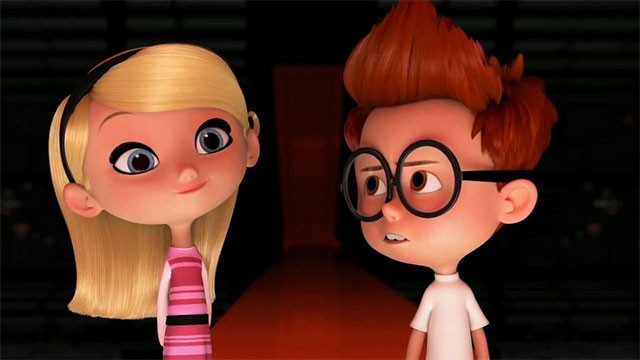 Mr. Peabody & Sherman You ever dream up casting for a project that’s so perfect it makes it impossible for you to enjoy what Hollywood actually goes with? That’s what happened to me last year, when I realized that the ideal voice re-interpreters of Jay Ward’s animated heroes Peabody and Sherman were, respectively, Jared Harris and Michael Cera. I know, right? Now, I’m not saying Ty Burrell isn’t wonderful on Modern Family, and I’m really looking forward to seeing him in next month’s Muppets Most Wanted. But nothing about him seems suited to conveying the Puppy Prodigy’s air of urbane authority, and as for his co-star, Max Charles … well, I guess I didn’t pay adequate attention to the 4-year-old Peter Parker in The Amazing Spider-Man. (And hey, if that’s the route they wanted to take, what is Michael Cera but a 4-year-old Peter Parker anyway?) Director Rob Minkoff did co-helm The Lion King, but everything I’ve seen of MP&S so far seems to skew closer to the portion of his oeuvre that includes the Stuart Little movies and The Haunted Mansion. Oh, and the promo for the flick positions it as some sort of parable for engaged fatherhood, which sets you up to blow your final cookie right there. Maybe Jared Harris dodged a bullet. (PG) – Steve Schneider

Pompeii Titanic meets Gladiator in a marginally competent but crushingly predictable period disaster movie that shows what you get when you give a workaday director like Paul W.S. Anderson $100 million and a script by the couple who penned Batman Forever. Kit Harington and Emily Browning enact a forbidden love affair between castes as 3-D soot and debris fly at our faces and great plumes of smoke billow from Vesuvius. Whenever the almost-impressive spectacle lets your brain slip into action-movie cruise control, the doomed love story pops back in to ruin the party. (PG-13) – Jeff Meyers

Son of God This big-screen reworking of the History Channel miniseries The Bible feels too much like a TV movie, and no wonder: About three-quarters of it consists of scenes from the miniseries, simply re-edited for release in theaters. As a result, some of the transitions are a bit clunky (and the Obama-resembling Satan that caused so much controversy has hit the cutting-room floor). Performances range from solid to stale, while the approach to the material avoids fresh insights or provocation. As Pilate erroneously predicted of Jesus, it’ll be forgotten in a week. (PG-13) – Cameron Meier