Opening in Orlando: ‘Need for Speed’ 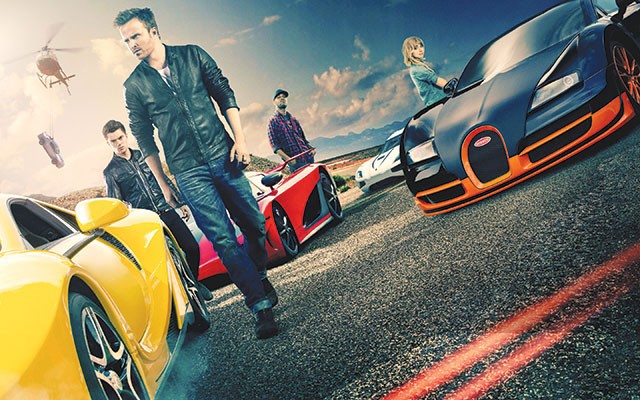 Need for Speed Be honest: Haven’t you always wanted to see Jesse Pinkman go on a revenge run against the BBC’s Ian Fleming? Sure you have – for at least the last month. Aaron Paul and Dominic Cooper are underground drivers at each other’s throats in this adaptation of the top-selling racing game. Former stuntman Scott Waugh’s only other directorial job was on 2012’s Act of Valor, which some likened to a glorified Call of Duty, so hey – maybe he’ll be in his element here. On the other hand, maybe Need will just be mediocre filler until the umpteenth Fast & Furious flick comes out next year. Or until Ang Lee finally gets around to making Grand Theft Auto. (PG-13) – Steve Schneider

Tyler Perry’s The Single Moms Club OK, this isn’t funny anymore; it’s just sad. It was bad enough when I had to come up with a new joke about the interchangeability of Tyler Perry movies once every season. Now, it seems like there’s another one of the godforsaken things coming each and every month. Uncle! I shouldn’t have to use the same gags over and over just because Perry doesn’t have any such reservations about repurposing his way to the top of the EW Power List. The most I can say for Single Moms Club as a concept is that, at a time when a sociopath like Paul Ryan is declaring something as innocuous as the free school lunch a sign of an “empty soul,” it’s arguably some sort of public service to depict the experiences of single parents in a positive light. But please remember that you can register your appreciation in ways that don’t involve surrendering your money or your Saturday night. (Twitter’s always nice!) (PG-13) – SS

300: Rise of an Empire If nothing else, the first 300 provided visceral thrills simply because it looked spiffy in a way we’d never seen before. But the sequel, Rise of an Empire, is muddled, stupid and pointless. It’s a movie that has no ideology, purpose or ambition to be anything but a blood-and-guts spectacle on a massive scale. One way to pass the time: Count how many times the Greeks tell each other they’re Greek. (R) – David Riedel

The Great Beauty This year’s Oscar winner for Best Foreign Language Film is also one of the top five movies of 2013 – a truly Fellini-esque depiction of a journalist and socialite (Toni Servillo) questioning not just his life, but his entire world. The movie’s life lessons are told through swirling, masterful cinematography, intellectual editing and surreal storytelling that can’t be appreciated in a single viewing. (NR) – Cameron Meier