Opening in Orlando: ‘Stalingrad’ and ‘Non-Stop’ 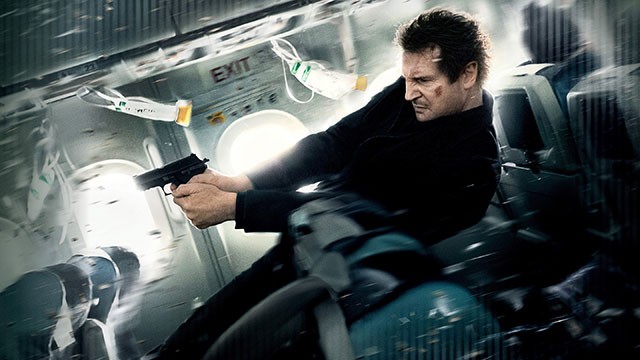 Non-Stop And so continues the most bizarre second career in the history of motion pictures. Now, not a winter goes by without another visit from Liam Neeson, Male-Menopausal Badass. This time, he’s an air marshal who gets framed as a terrorist when he receives blackmail texts in midair. Expect the verisimilitude and clockwork internal logic of Flightplan, Red Eye and any other movie you can think of that depends on the curious proposition that high altitudes prevent human beings from noticing anything that goes on more than 6 feet from them. Co-star Julianne Moore gets to once again exhibit her gift for ethnic impersonation, this time by playing a rolling snack cart. (PG-13) – Steve Schneider

Stalingrad Now that we all hate the Russians again – and boy, wasn’t that a quick 25 years? – the time may not be exactly ripe for a motherland-made historical epic that shows how a bunch of brave Stalinites helped win the Big One to be opening on IMAX 3-D screens nationwide. Then again, all it takes is one iPod to supply your own score by Pussy Riot! Stay tuned for Sony Pictures Classics’ next entry in the bad-timing sweepstakes, the holiday comedy Three Men and a Syrian Overlord. (R) – SS

The Past Iranian writer-director Asghar Farhadi (A Separation) turns his lens on a divorcing couple (Ali Mosaffa, Bérénice Bejo) whose breakup is complicated by a household simmering with conflicts, secrets and acts of violence. The knotty family drama never feels false or manipulative: Farhadi is determined to make the audience understand why the characters behave the way they do, never judging their actions but rather revealing the motives behind them. (PG-13) – Jeff Meyers

In Secret The latest version of Émile Zola’s dreary and desolate novel Thérèse Raquin is somehow far more captivating on screen than on the page. Director and screenwriter Charlie Stratton has dispatched with Zola’s scientific musings, at least on a surface level, and directed a sort of 19th-century film noir that relies on mounting dread, recrimination, lust and avarice as its primary story motivations. The talented Elizabeth Olsen is aided immensely by co-stars who include Jessica Lange and Oscar Isaac (the erstwhile Llewyn Davis). (R) – David Reidel