Opening in Orlando: ‘The Amazing Spiderman 2’ 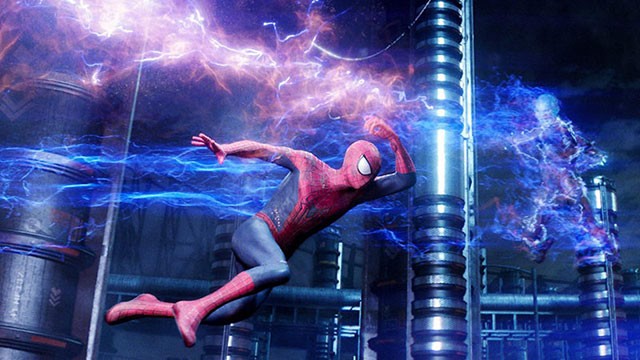 The Amazing Spider-Man 2 This one’s been taking all kinds of fanboy guff for over a year now, with complaints ranging from the overstuffed cast of villains (Spider-Man 3, anyone?) to the allegedly cheap, cut-sceney look of the FX to the utter unreality of casting a black actor in the role of a guy who throws thunderbolts from his body. (Don’t worry, kids; Cliven Bundy understands your concerns, even if the rest of us are more concerned that Jamie Foxx’s take on Max Dillon seems to owe a lot to Jim Carrey’s Edward Nygma in Batman Forever.) Sure, there’s a precedent for comics flicks sacrificing story to ensemble, but really – was anybody holding out for that solo Rhino flick? Maybe Marc Webb has committed a colossal blunder in rushing toward a Sinister Six movie and maybe he hasn’t – and maybe we should all just wait to judge for ourselves. (PG-13) – Steve Schneider

The Railway Man Taken prisoner during World War II and forced into brutal labor on the Burma Railway in Thailand, British officer Eric Lomax kept the horrors he experienced there mostly secret until the early 1980s. The film version of the autobiography he eventually penned is uneven, choppy and unimpactful at times, but the slow pacing and melodrama work fairly well and build to an interesting, competent climax. And while the movie takes some liberties with the facts – including removing Lomax’s first wife and children – it captures the essence of his story, which is that of a man consumed by his past and still waging a war within himself. (R) – Cameron Meier