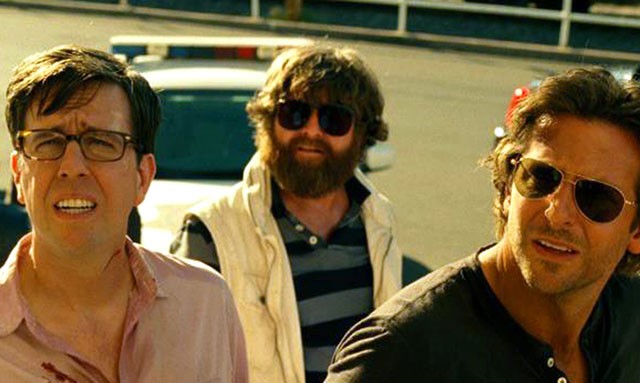 Epic When Ice Cube became the king of family comedy, I had to admit to myself that the ’90s were really over, and that there are indeed second acts in American lives. So I know I shouldn’t be so stunned to see Steven Tyler listed in the voice cast of an animated fantasy about the battle for control of a magical forest realm. I mean, the guy has already been a judge on American Idol, fergoshsakes; and regarding the “enchanted woodland creatures” jazz, well, have you ever actually read the lyrics to “Joanie’s Butterfly”? But, still … it’s Steven Tyler, dude, the guy who was the Dionysian idol of all the kids in my school who cut wood shop to go sniff glue on the north lawn. So there’s always going to be a part of me that simply cannot hear his name and the phrase “animated kids’ adventure” in the same sentence without experiencing deep disassociation. I guess it’s the part of me that still thinks he only agreed to appear in Sgt. Pepper’s Lonely Hearts Club Band so he could be seen kicking the shit out of Peter Frampton. (PG) – Steve Schneider

Fast & Furious 6 This simply unavoidable furtherance of the lead-footed franchise has a high conceptual hurdle to clear: How do you maintain a working-class audience’s sympathies toward your heroes when you last depicted them walking off with $100 million? Unfortunately, all of those post-mortems for the Romney campaign came out too late to have given director Justin Lin any pointers. So he’s had to trust his gut that our innate patriotism and love of family will have us rooting for the guys once again as they face the tantalizing prospect of being allowed to return home to America and their loved ones. Yeaaaah … I’m thinking $100 million buys a lot of apple pie and ersatz Moms no matter where on the globe you park yourself. (PG-13) – SS

The Hangover Part III And to return to the subject of time’s forward stagger, it seems like only yesterday that Todd Phillips was merely the obnoxious director of an overrated, toothless documentary who was sitting near me at a Florida Film Festival dinner and snickering about what a dumpwater burg Orlando is. Now, he’s the fabulously successful helmer of several seminal lamestream comedies – so much so that he gets to proclaim grandly that The Hangover Part III is his final statement on the topic of dudes-on-the-run misadventure. Yeah, yeah … that’s what they said about Pirates of the Caribbean, Todd-boy. If you get replaced by some fresh-faced Ratner-alike for Hangover IV, it can’t have happened to a nicer jerkwad. (R) – SS