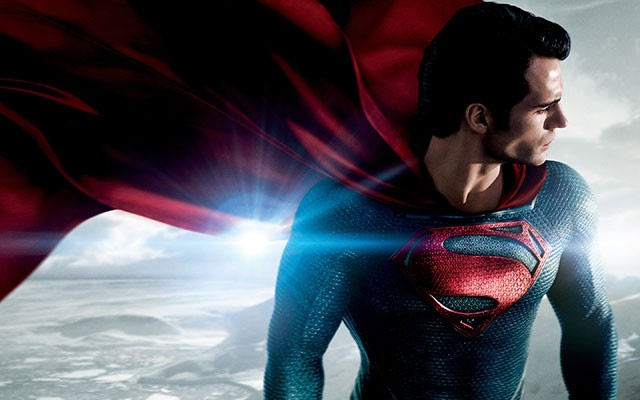 Before Midnight Two Ethan Hawke movies in as many weeks? It’s the kind of summer a masochist dreams of. Lovers of irony can busy themselves wondering what chance the Before series’ Jesse and Celine would have of surviving The Purge, since well-off expats who overthink their lives via marathon gab sessions in exotic European locales are just the sort of folks the rest of us would like to see GO FIRST. Director Richard Linklater joins his star-crossed protagonists another nine years down the road, this time in Greece, so they can reflect wordily on all the changes their lives have wrought
since they started reflecting wordily on all the changes their lives were going to wreak. Given that Linklater shows every intention of stringing out this series indefinitely like it’s Seven Up, we can only guess as to the title of the 2022 installment. Before Lunch? Before the Next Teardrop Falls? Before Beginning Any New Exercise Regimen, Consult Your Doctor? (R) – Steve Schneider

Man of Steel That sound you hear is Warner Brothers holding its breath. Any chance the company has of even approximating Marvel Studios’ record-breaking, universe-building success depends on this latest reboot of Superman, a property that’s given them trouble for decades now. Job One is to avoid the mistakes of 2006’s Superman Returns, which was widely acknowledged to have failed because of its mopey tone and constricting reverence toward the Richard Donner original. That’s why all of the prerelease promotion for Man of Steel has been careful to showcase its … mopey tone and revisitation of story beats from the Richard Donner original. The accepted wisdom in Hollywood appears to be that Man of Steel is going to be a mammoth hit that will finally lay the groundwork for the Justice League bonanza everybody in the boardroom wants so desperately. Of course, it’s often hard to distinguish genuine buzz from planted gossip. Keep in mind that objective sources close to Warners’ decision-making process have told me the studio actually has no clue what it wants to do with any of its DC Comics material. So if I see any focus-group pollsters outside the theater, I’m gonna tell ’em I want a Sugar and Spike movie, just to see if I can make it happen. (PG-13) – SS