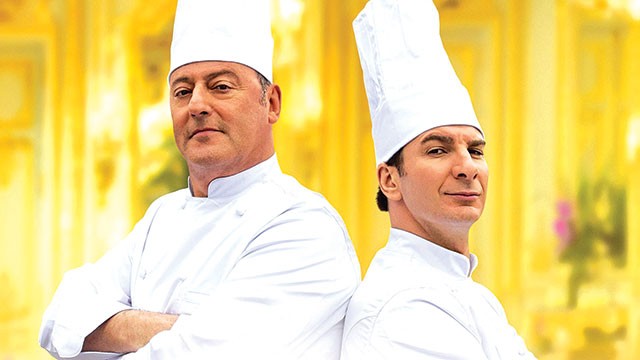 Le Chef The Florida Film Festival audience’s favorite foreign flick of 2014 returns, seeking new converts to its tale of two mismatched French foodies forced to work together. Not to be confused with the recently released stateside Jon Favreau vehicle, Chef. Or with Ratatouille. Or with that Double Down you scarfed last night. (PG-13) – Steve Schneider

Planes: Fire & Rescue In a summer this shitty, even a sequel to a Disney flick that almost didn’t get a theatrical release can get a theatrical release. This time, airborne racing legend Dusty has to deal with the realization that structural infirmities are sounding the death knell for his career, forcing him to explore a more altruistic way of spending his time. A quarter-century ago, that would have been my cue to crack wise about A Million Points of Light Planes; instead, I’m just gonna call this a movie about transitioning and let the chips fall where they may. (PG) – SS

The Purge: Anarchy Did you know that the Eagles track “In the City” began its life as a Joe Walsh tune that played over the closing credits of The Warriors? I only mention this because talking about The Warriors is way less depressing than contemplating The Purge: Anarchy, a similarly themed gotta-make-it-home exploitation flick that’s arriving way too close on the heels of 2013’s surprisingly solid class-warfare sleeper, The Purge. Trailer-park droogies, trailer-park droogies, come out to play – preferably once a year, so Universal can Saw the crap out of this thing. (R) – SS

Sex Tape In this screwball comedy (see what I did there?), marrieds Jason Segel and Cameron Diaz struggle to contain the fallout from their experiment with erotic video. Given that we’ve all already seen Segel’s weenus, it’s not clear what the selling point here is – unless an evening’s worth of jokes about Diaz’s cooter appeals to anyone beyond Justin Timberlake. Then again, director/co-writer Jake Kasdan did make the criminally underrated Walk Hard: The Dewey Cox Story, which had way more than double entendres going for it. What can I say? It’s just so hard calling balls and strikes. (R) – SS

Wish I Was Here Why did it take Zach Braff a decade to make a follow-up to Garden State? Maybe it was because Cameron Crowe hasn’t shot anything worth ripping off since then, nyuk nyuk. Or it could be because Braff had to wait for Kickstarter to be invented. Whatever. All that matters is that we finally get to see his portrayal of an actor/husband/father at a personal crossroads. Oh, and Mandy Patinkin plays Braff’s father, which should make for a fun game of “Who Do I Want to Hit More?” (R) – SS