‘Closed Circuit,’ ‘Getaway,’ ‘One Direction: This Is Us’ 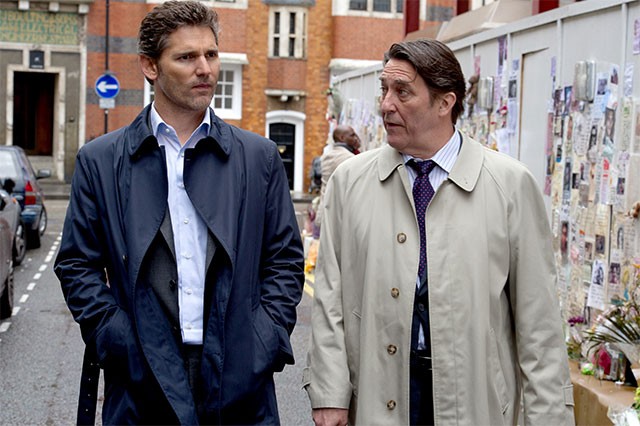 Closed Circuit You have to feel for Focus Features when it comes to the quandary they faced in deciding how to market this Eric Bana/Rebecca Hall thriller: Do we play up the plot point about a terrorist’s dastardly attack on a major metropolis, or the government-surveillance program his trial uncovers? The ads show they went the NSA route, which is just the sort of finger-on-the-pulse instinct these suits are paid so handsomely for. Betcha somebody has a script in development about the IRS blackmailing a sexually predatory big-city mayor into relinquishing his Canadian citizenship. (R) – Steve Schneider

Getaway The Summer of Ethan Hawke comes to a close. With the critical success of Before Midnight and the unexpected profitability of The Purge behind him, America’s luckiest actor now gets to play a retired racecar driver forced into a high-speed mission to save his wife. “Hey, that reminds me of something,” you’re thinking. “I’m just not sure if it’s Collateral or every movie Jason Statham has made in his life.” With two first-time writers and the director of Dungeons and Dragons and An American Haunting in control, Hawke’s track record will surely remain unblemished. (PG-13) – SS

One Direction: This Is Us And this is me, not giving a shit. (PG) – SS

You’re Next This movie tries to put some twists on the tired home-invasion genre, but falls flat on its face as many times as its murdered characters. Four adults and their significant others visit a secluded country mansion to celebrate a wedding anniversary; it quickly becomes clear that everyone is being stalked by intruders bent on killing them with crossbows. Director Adam Wingard has gained attention as a genre up-and-comer, but with his fifth feature, he’s unable to raise Simon Barrett’s screenplay above the level of repugnant trash. (R) – Cameron Meier