Find out what’s playing in local theaters this week 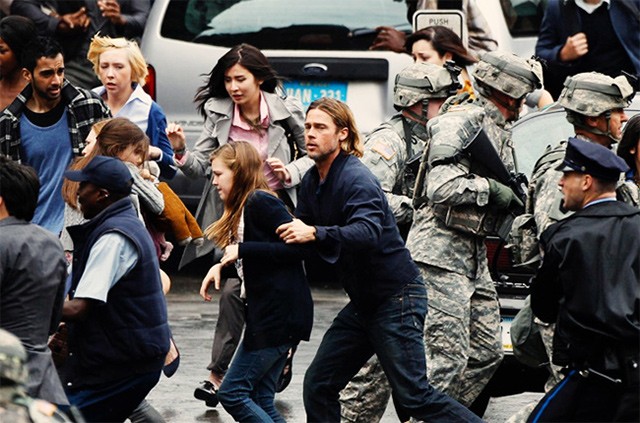 The Bling Ring A Vanity Fair article was the source material for this true-life tale of teenage Los Angeles fame whores whose careful use of the Internet allowed them to steal more than $3 million in property from stars’ homes. Studio A24 says the movie scrutinizes “today’s culture of celebrity and luxury brand obsession,” which of course makes it an ideal project for filmmaker Sofia Crapola, known far and wide for her embrace of anonymity and austerity. (R) – Steve Schneider

The Kings of Summer Sundance 2013 yielded this coming-of-age story about three boys who build a house in the woods with the intention of living there the entire summer. The adult roles are filled by the likes of Megan Mullally and Nick Offerman, but given how much the film sounds like an ersatz Stand by Me for a new generation, the game here is to get a good dead pool going to decide which of its three stars will make it into middle age. (R) – SS

World War Z For months, bad buzz has dogged Paramount’s zombie-apocalypse epic – some of it coming from the mouth of star Brad Pitt himself. But that’s what’s gonna happen when you entrust a picture to a director who can’t direct (Marc Forster) and turn over script-rehab duties to a writer who can’t write (Damon Lindelof). Fortunately, Regal Cinemas has an ace up its sleeve: It’s offering moviegoers in five cities (none of them in Florida) a $50 “mega-ticket” that also nets them a poster, popcorn, special 3-D glasses and a copy of the movie when it’s released to the home market. That’s a savings of $25; no wonder Regal can’t afford to pay its employees’ health insurance. (PG-13) – SS

Also playing:
This Is the End A fast-paced mix of horror, comedy and monster sci-fi, with actors like Seth Rogen, Jay Baruchel and James Franco (all playing themselves) facing the arrival of the Apocalypse. It’s crude, tasteless, bloody and sometimes riotously funny, especially when the boys just talk to each other with their rapid-fire delivery. (R) – Enrique Lopetegui

Violet and Daisy Geoffrey Fletcher, writer of Precious: Based on the Novel “Push” by Sapphire, makes an extremely self-assured directorial debut, following two teen assassins (Alexis Bledel and Saoirse Ronan) on a routine job that goes awry. The movie is a stylized grab bag of aesthetic references, and the plot is paper-thin – a mere pretext to present an incongruous parallel reality and these irresistible girls. (R) – Jessica Bryce Young