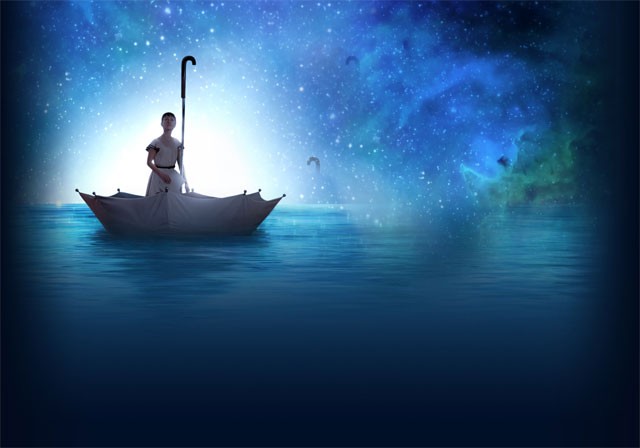 Cirque du Soleil: Worlds Away 3D Executive producer James Cameron puts the breathtaking acrobatics of Cirque right in the lap of audiences from coast to coast. You should have seen what he was planning for Dolly Parton's Dixie Stampede. (PG) – Steve Schneider

The Guilt Trip Seth Rogen takes a cross-country drive with Barbra Streisand in a comedy whose very premise seems to be some sort of commentary on mandatory sentencing laws. (PG-13) – SS

Jack Reacher And speaking of mandatory sentencing, what better way to shake off the alienating chill of yet another mass shooting than to watch Tom Cruise get wrapped up in … a mass shooting? Bet he's mighty glad he didn't join up with Neighborhood Watch this year instead! (PG-13) – SS

Les Miserables The conventional wisdom says that director Tom Hooper (The King's Speech) is going to the Oscars with his version of the Broadway perennial, for which all of the singing was recorded live on the set. I could point out that Peter Bogdanovich tried this same tactic four decades ago with At Long Last Love and that it only netted him a Golden Turkey Award – but it's cruel to bait the English this close to Boxing Day. (PG-13) – SS

Monsters Inc. 3D In anticipation of next year's Monsters University, Pixar offers a 360-degree refresher course in the trials and tribulations of Mike and Sully, who were scaring small children long before Abby Lee Miller made it fashionable. (G) – SS

Parental Guidance Billy Crystal and Bette Midler play aged baby-sitters who have to bring their thoroughly modern grandchildren to heel. Wondering where to take a Matlock-loving relative on Christmas Day? Look no further! (PG) – SS

This Is 40 A Judd Apatow movie that was actually written and directed by Judd Apatow, this one answers the question of whatever happened to Paul Rudd's and Leslie Mann's characters from Knocked Up. And what about that film's actual stars? What are they doing right now? Well, Seth Rogen is doing 90 mph in a vain attempt to drown out the sound of Barbra Streisand's voice. And Katherine Heigl is doing … um, penance. (R) – SS

Also playing
The Hobbit Peter Jackson's return to Middle Earth suffers from its excess. It has more of everything, from special effects to action, but it never achieves the epic sweep, sense of wonder or emotional investment of the LOTR films. And though the digital effects have greatly improved over the last decade, they no longer have the wow factor that accompanied the original trilogy.
(PG-13) – Jeff Meyers