No matter how the remaining Orlando City Council election on Tuesday shakes out, District 6 will get a new commissioner. Earlier this year sitting Commissioner Sam Ings, who's held the seat since 2006, stepped down to take make an unsuccessful run at the mayor's office. Three vied for the wide-open seat: longtime local businesswoman and community activist Lawanna Gelzer, former state Sen. Gary Siplin and nonprofit executive Bakari Burns.

All three fell below the necessary 50 percent of the Nov. 5 vote to win outright – Burns finished with 45.90 percent, Siplin 39.45 and Gelzer 14.65 percent – forcing a runoff election between the two top vote-getters on Dec. 3.

Though District 6 is getting new blood for its municipal representation for the first time in 13 years, Siplin is a well-known commodity in Florida politics. He was in the state senate from 2003-2011 after a two-year stint in the Florida House. Siplin has near-statewide name recognition, which he's used to amass a $130,000 war chest, nearly $100,000 more than Burns.

The other option for residents of the economically disparate district spanning mainly west Orlando neighborhoods including Holden Heights, Richmond Heights, International Drive, and the areas around Millenia and Universal Studios Resort is a political newcomer. But Burns is not entirely unknown – he grew up in Richmond Heights and many recognize him on the campaign trail.

The campaign narrative of the political veteran who knows where the bodies are buried versus the upstart who wants to breathe fresh air into politics as usual is nothing new. Recently, though, especially since Donald Trump ran and was elected to the highest office in the land though he has previously never held office of any level, the stakes seem higher. Elections talk around the country is fixated on the choice between chucking a swamp-entrenched bureaucrat or risking an inexperienced newbie who might fumble government power.

Orlando voters have been extremely clear that they prefer steady continuity at the municipal wheel. Dyer will begin his fifth term as mayor next year. Commissioner Tony Ortiz, who was uncontested and won by default, starts his fourth term next cycle. Commissioner Patty Sheehan, who won after her opponent Corey DeVogel dropped out, will embark on her sixth term.

District 6 is no exception – it seemed pretty comfortable with Ings, who is finishing up his third term – but it's anyone's guess how they'll jump. 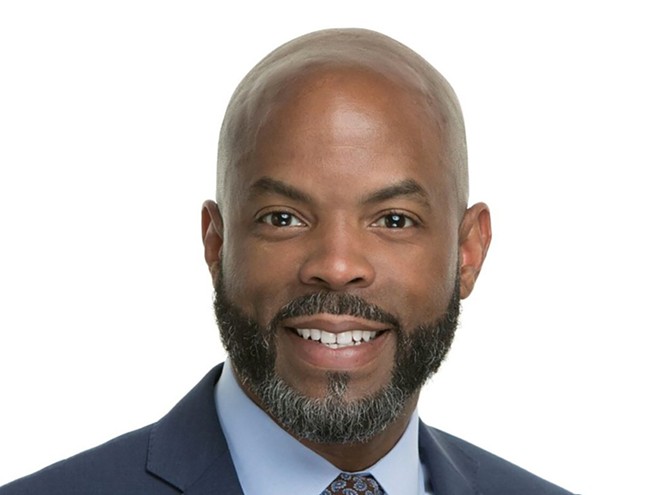 Bakari Burns was too pumped to sleep following the results of the first election night. The first-time candidate was encouraged by topping the results. Throughout the campaign, quite a few citizens (and organizations with an endorsement to award), asked Burns if he really thought he had a chance against Siplin and his gobs of campaign cash. When he edged Siplin by 6 percent, many told Burns they were shocked, he says. But he wasn't.

"I was laying in bed, looking at the ceiling, thanking the Lord for bringing me this far," says Burns, adding that he was thinking of his favorite entertainer, Tupac Shakur. "I just kept hearing his song 'Against All Odds.'"

Burns grew up in the District 6 neighborhood of Richmond Heights, leaving to get a healthcare management degree from Florida A&M on a full scholarship from Walt Disney World. After receiving the full ride, he vowed to return to the area to give back. He made good, taking over as president and CEO of Health Care Center for the Homeless, which runs Orange Blossom Family Health, providing health services for the underinsured, uninsured and homeless in 2003. In that time, Burns says he's brought over $60 million in healthcare funds to the region.

Regarding Orlando's housing crunch, Burns says all options need to be explored, including community land trusts. He acknowledged people in the district oppose land trusts because people only own the house and not the land – "and I applaud their efforts" – but says that one clear option for those facing homelessness and Orlando's abysmal affordable housing offerings can make all the difference.

Specifically, he spoke of the already approved community land trust deal on Orange Center Boulevard. Since the deal is in place, Burns believes the best thing for black and lower-income people leery of land trusts to do is "be at the table" and make sure that the city keeps so-called affordable housing at the site actually affordable. 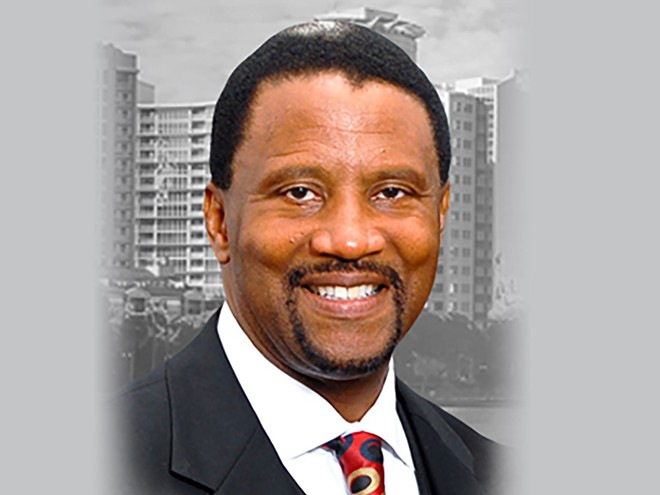 "This is not my first runoff," says former Sen. Gary Siplin. His wife, Orange County District 6 Commissioner Victoria Siplin, has been in a runoff, too.

Siplin says he is a "proven leader" who has worked as a public servant to help Floridians. In his time in Tallahassee, Siplin secured some $15 million for education programs that gave students the opportunity to go to a vocational school or law school, he says, and he built a golf facility for students at Callahan Center and helped pass a school prayer bill.

As well-known in political circles as Siplin is, local elections rarely muster much attention from regular people trying to get by. Those looking for information who make a cursory web search for Siplin will encounter his 2011 "droopy drawers" bill, which banned sagging pants in certain classes in Florida schools. They will also likely find a peculiar video of Siplin avoiding a reporter's questions by jumping a fence.

"First of all, I was a high hurdler at Jones," Siplin says, before becoming far more serious on the matter.

The reason reporters were after him, he says, was because in 2006 he was arrested and convicted of grand theft for allegedly allowing a statehouse staffer to do campaign work while on the taxpayers' clock. Republican mailers began describing Siplin as a "shady, deadbeat felon" and a "deadbeat father." Reporters started hounding him. In 2008, an appeals court reversed the conviction, finding the evidence against Siplin to be circumstantial and Siplin innocent of wrongdoing. Then-Orange County NAACP chapter president Rev. Randolph Bracy Jr. reportedly called the conviction a "grave miscarriage of justice."

Everything that happened in relation to the wrongful conviction, says Siplin, should be wiped clean in the same way that, in his view, people have largely forgotten that Mayor Buddy Dyer was also indicted for campaign violations.

"People don't ask him those questions," says Siplin. "He's a white man." In short, the reason Dyer can continue his public life without being chased down to talk about his brief run-in with the law is because of racial bias, he says. "It's racism."

Another thing Siplin finds biased are community land trusts, in which a developer keeps ownership of the land while selling the home. Detractors say land trusts prohibit low-income people, often in black neighborhoods, from accumulating wealth.

Early voting starts Thursday, Nov. 21, and ends the day before Thanksgiving – Wednesday, Nov. 27. The election will take place on Tuesday, Dec. 3. Check your registration and voting location at ocfelections.com.