This year’s downtown film fest is largest to date 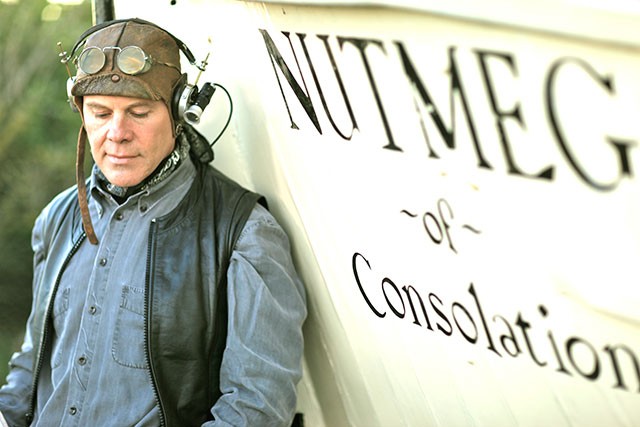 Last year when we wrote about the Orlando Film Festival, the second-largest film fest in Central Florida, it was having a big year – more than 140 films, 40 features, 102 shorts (all digital) and four screens. This year it’s bigger. Way bigger. Five days, 220 movies, more than 50 feature films, a horror night and a live film/music/spoken-word performance by none other than Thomas Dolby. Dolby, a Grammy award-winning English synth-pop pioneer known for his 1980s hit “She Blinded Me With Science” and his contributions to electronic music, will present his DIY film Invisible Lighthouse at the festival on Sunday, Oct. 20 – though it’s not quite accurate to call the spectacle just a film. It’s really a performance piece in which Dolby provides live narration and musical accompaniment for a ghostly movie he shot and edited himself.

The Invisible Lighthouse is an impressionistic documentary about Orfordness, a military lighthouse off the coast of England that was slated for closure. The lighthouse was an eerie fixture of Dolby’s childhood memories, so when he learned that the obsolete structure would be decommissioned, he set off on a secret pre-dawn trek (probably illegal) to the island on an inflatable raft and filmed it with a remote-controlled drone and a variety of spy cameras. The result is a hauntingly beautiful series of images that serve as the backdrop to Dolby’s dreamlike recollection of the iconic lighthouse.

Dolby’s performance at the Orlando Film Festival is part of a tour he embarked on in September to draw attention to the plight of lighthouses across the United States – despite the passage of the National Lighthouse Preservation Act of 2000, many of the nation’s historic lights are neglected and deteriorating, and Dolby hopes his tour will underscore the fact that some of these lighthouses could be lost for good. But really, even if you don’t feel moved by the plight of the lighthouse, Dolby’s performance will be illuminating. Catch it on Sunday at 8 p.m. (tickets $30, ticketed separately from the festival).

Other highlights of the Orlando Film Festival this year include:

Horror Night: Four horror films plus a collection of horror shorts, coinciding with a Dia de los Muertos and Monster Factory exhibit/party at CityArts Factory. Come in costume (no masks, please) for half off your admission (6 p.m. Thursday, Oct. 17).

Screening of Iameco, the premiere of a documentary in progress by celeb photographer Roger Moenks, who documents ecological “warriors” – sustainable causes, people and brands dedicated to positive change for the environment (7 p.m. Saturday).

Screening of Give Me the Banjo, a documentary narrated by banjo-playing comedian Steve Martin about the history of America’s favorite instrument (2:30 p.m. Sunday).

JFK: A President Betrayed, a documentary that explores evidence that President John F. Kennedy may have been involved in secret peace talks before his assassination (6:30 p.m. Sunday).