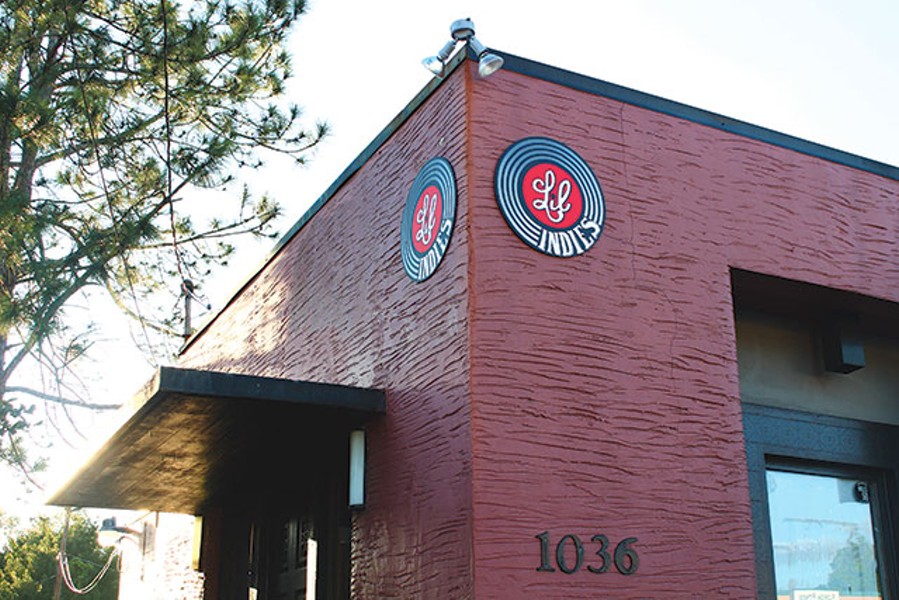 Lil Indies’ days are numbered, so if you love the music that happens there – Eugene Snowden’s Ten Pints of Truth, the Absinthe Trio, etc. – spend as much quality time as you can. The bar will close, likely in July, and reopen as a craft cocktail bar called Daughters and Co., which sounds like the flavor enhancement we never knew was lacking from the subculture melting pot of Mills 50 (For the full update on this bar transformation, check Orlando Music News or RSVP to the first day of full liquor at Lil Indies and Will's Pub.) Lil Indies owner Will Walker says he’s not sure how or if live music will fit into what he and Daughters visionary Kaitlin McGavock have imagined for the new bar, but he hinted that DJ BMF might not be so out of place there. But really, aren’t BMF and his 45s a welcome sight anywhere?

If you ever attended shows (or maybe just supped) at Sapphire Supper Club, mark your calendars for a reunion show next week, 7 p.m. Wednesday, April 2, at the Social. They’re celebrating the bygone venue’s 20-year anniversary by inviting some of the most memorable repeat acts that played the crap out of that place, like Donkey, Drivin’ n’ Cryin, Steve Foxbury and Brian Chodorcoff, Terri Binion and Jeff Nolan, and many more of the “ancients” music writer Jason Ferguson described in his piece “Six stages of being an Orlando music fan” (March 12). If you haven’t discovered these local talents yet, you must really not like treasure.

Looking even farther down the road, Florida’s biggest record show is coming up, 10 a.m.-4 p.m. Sunday, April 27, at the Central Florida Fairgrounds. This event is my Mecca; someone point me west. Not only do multiple collectors travel to show off thousands of records, including rare stuff (my limited Tom Waits collection is sourced almost entirely from this event) and imports, but there is also a ton of memorabilia for those who like to decorate according to their music obsessions. For anyone who is frankly unimpressed by the recent spike in prices for used vinyl, this is an opportunity to haggle and pay what the record is worth. (I am so bored of being asked to pay $5 for a scratched-to-shit record with a battered cover.) There are two strategies for this event: Arrive early and claim all the goods, or come toward the end when vendors are more willing to let stuff go at a lower price. I’ll leave it up to you to follow your heart or your wallet.

For anyone interested in the new facilities at the downtown library - audio production studio, photo studio, video production studio, all the studios, really - orientation has officially begun. It’s required in order to reserve any of these spaces (free to Orange County residents!). If you’re hoping to make use of these creative suites, visit tic.ocls.info/event-calendar to sign up for the next introductory session.