El Diáspora is a new Orlando promoter doing something interesting and probably necessary: showcasing Latin punk. When you consider the sizable populations in both the punk and Latin communities of our area, the intersection is natural and has potential for prime synergy.

The latest event was headlined by Brazilian band End of Pipe. Though they’re from a hemisphere away, their soulfully rugged music, all anthem and catharsis, is actually more evocative of a sound rooted only an hour and a half north of here in Gainesville – specifically, Hot Water Music. It’s as solid a foundation to start from as they come, and End of Pipe’s take on the style is sturdy and reliably hits its marks.

Opening was Orlando band Boylectric, who deal in a slightly amorphous post-punk sound that’s hard-driving and diverse with some good influences but could use some sharpening and experience.

More than any of the individual bands though, El Diáspora itself is the bigger story. If it can get a foothold in the scene, it could be a welcome cultural force as a punk-rock ambassador program, a thing that probably only Punching Babies’ annual Foreign Dissent showcase was doing here consistently until now. That’s something worth getting behind. 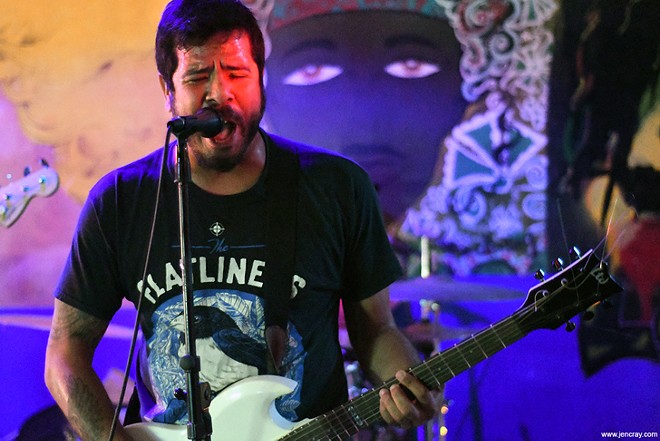