Orlando Weekly publisher Graham Jarrett on supporting a free press: ‘We are the eyes and ears of your community, but we cannot do it for free’ 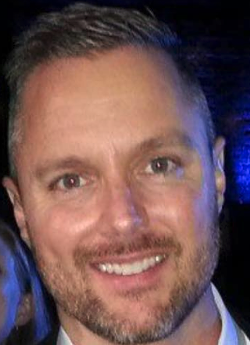 I seem to have so much to say, and so little room to say it in ... Where do I start? Maybe with the fact that the business model of simply selling ads to support and give away high-quality journalism is broken.

It's been broken for a while. At Orlando Weekly, we have been working our butts off throwing three-ring circuses (read: elaborate events) to pay for this journalism we give away at no cost to readers because we think information is important and should be available to everyone.

The subscription and paywall model is broken, too. One only needs to look at the carcass of the Orlando Sentinel's once-sprawling downtown campus to understand that.

Or maybe I should start with the fact that the institution of journalism is under attack and the ideals of a free press are being eroded.

Protection of press was the very first amendment ever to our great constitution because it was deemed vital to protect the citizenry against tyranny. Power breeds corruption, and the institution of the free press was established to peer through the talking points and report truth to the people. In 2019, the U.S. – the originator of this once new, necessary "free press" movement – saw its ranking in the world's press freedom barometer slip from "acceptable" to "problematic."

We take our press for granted, but think about it – reporters go unarmed into war zones, or into hostile protests like Charlottesville where people are killed, just to bring us the news. Journalists venture into Wuhan, a city 30 percent larger than New York in the interior of communist China, and live in lockdown just to bring us the story of a mysterious deadly new virus. Newspeople stand outside during the hurricane, so the rest of us can stay a safe distance away.

This is the information we use to make decisions about our lives, our elections, the companies we support, the foods we eat, the places we live, the countries we visit, the airlines we fly, the cruise ships we travel on and on and on. Imagine just being a normal person, and walking into White House press briefings to do your job, and being called names on national TV by the President of the United States, the leader of the free world, the most powerful, highest profile and most influential person in the world. Would you come back for a second day on that job?

And think about how that translates to his followers' treatment of you when you're off-duty, walking down the street with your friends and family. Imagine how that feels when, by comparison, he seems to have plenty of respect for the very fine people who chant "Jews will not replace us" and the ruthless, murderous dictators of communist North Korea and Russia. In fact, his never-ending attacks and the untrue moniker he's attached to the "failing New York Times" is exactly the type of propaganda dictators and powerful governments use to discredit detractors – which is exactly what our forefathers established a "free press" to protect against. How often do we show appreciation for the folks that do this? At the very least, the person in the highest office of the birthplace of free press should be its strongest advocate. But times have changed.

So imagine what it would be like without professional reporters and news outlets. Imagine if the only information we had on COVID-19 was coming straight from our government – no stories filed from hospitals or meat-packing plants or Italy; no stories interviewing victims or survivors or first responders. Imagine if no one were there to broadcast live during 9/11 or if it were up to BP to tell us about their oil spill and Boeing to report on its plane defects.

Imagine someone barging into your workplace, angry, targeting you for what you do. It happens. Has it slipped your mind that five journalists lost their lives at The Capital in Annapolis, Maryland? You may think that's an extreme case and it doesn't relate to our local media, but at Orlando Weekly we were forced to change our security protocol after a couple too many angry readers barged in, shouting profanities, searching for particular writers, even threatening to find their families.

Were you outraged and sickened when Jamal Khashoggi was brutally butchered in the Saudi Consulate in Turkey, and the U.S., the supposed protector of free press, did absolutely nothing? How would you feel if you were just a normal person, living in Orlando, doing your job and you were featured on hate-group websites targeting people in your profession? Orlando Weekly journalists have firsthand experience of that.

Journalists aren't perfect. No one is. But we do what we do because we believe in our mission. We believe journalism is necessary for a healthy society. We believe government and the powerful must be held accountable.

And we do it despite retaliation, and Orlando Weekly has had its fair share of retaliation. Were you in Orlando, or do you remember when OW staff was arrested in front of the local news cameras? You'd probably be surprised at some of Orlando's most "progressive" and powerful who pulled their advertising in an attempt to censor us.

It's not all bad, though. In fact, it's pretty freaking good a lot of the time. We also get to be in the heart of the community we love. We believe in our culture, in our arts, our music, our dining and nightlife. We love experiencing and writing about it and sharing it so as many people as possible will know about it. I cannot tell you how often people say when they moved to Orlando they had a certain perception of it and then they found the Weekly and their eyes were opened to what an incredible place this is to live.

We do get some appreciation, but seldom in the form of financial patronage that helps sustain us, like most businesses get from those whom they serve. So if you appreciate us, I hope you will consider joining our Press Club and showing that you care about local journalism and that you not only want to see it survive, but see it thrive. 100 percent of the proceeds will go toward our editorial efforts (not to events or promotions or whatever else). That's it. It will keep the writers writing, bringing Orlando as much information as we possibly can – the good, the bad, the ugly; the news, the culture and the Disney.

Yeah, this COVID-thing is tough. It's really tough. Ad revenues are down 75 percent, and event revenues are gone completely for now. But even when it's over, we're going to need your help, just like the restaurants and bars and retail establishments. We all need the support of the people we serve.

Our model's been broken for a long time, and it's time to create a new one. We're hoping you will join us in creating a reader-supported model. Join our club. Commit to a recurring donation so we have adequate resources for editorial even after this moment has passed. Even for our relatively small operation, it is incredibly expensive to produce this amount of free content week in and week out. It's a funny thing but people who work expect to get paid! (And well, we agree.) Go to orlandoweekly.com/support and be part of this new free-press movement.

And while you're at it, think about subscribing to the New York Times or even the Orlando Sentinel. We aren't just "businesses" that need support to survive; we are your eyes and ears to your community and to the world, and we cannot do it for free. And no news is really bad news.

Our small but mighty team is working tirelessly to bring you hyperlocal news every day. Please consider supporting this free publication by joining the Orlando Weekly Press Club at orlandoweekly.com/support. Every little bit helps.