This was always going to be a banner year for restaurant openings in Orlando. We waited with breathless anticipation throughout the last year for much-ballyhooed boîtes by such ballyhooed chefs as Art Smith, Ashley Nickell, Clay Miller, James and Julie Petrakis, Norman Van Aken and Rick Bayless to open in 2016. All, as expected, did – and while a couple of them failed to live up to expectations (sorry, Restaurant ASH and Frontera Cocina), most of them, luckily for us, lived up to the hype.

Trend-wise, we still aren't in the same place as much of the country – we didn't see menus veer toward veggie-leaning entrees, nor did we see a move to no-tipping policies, but boy, did we take our relationship with ramen to the next level. And the outlook for 2017? Well, it won't be a year dominated by celebrity chefs, though we do have two notable restos – Luke's Kitchen + Bar (by Brandon McGlamery) and Kadence (from the trio behind Kappo at East End Market) – to look forward to. Local restaurateur Stefano LaCommare will come out of retirement (just when he thought he was out, they pulled him back in) to open Nonno's Ristorante Italiano in Altamonte Springs early next year, while farmers-market regulars Hunger Street Tacos and popular mobile purveyor Bem Bom will set up brick-and-mortar operations. Disney, naturally, will also vie for the attention of the food-conscious public with Paddlefish, the Edison, Wine Bar George and the Polite Pig (by the Petrakises).

Until then, let's celebrate the very best restaurants of this banner year. Here, then, are the Top Tables of 2016.

Having worked with such legendary names as Boulud, Keller, Cardoz and Van Aken, and having been named one of Food & Wine's Best New Chefs of 2010, Clay Miller wasn't about to let his fine pedigree go for naught. At DoveCote, Miller's nouveau brasserie, the menu scintillates with classic, modern, even Colonialist takes on French cuisine (oh that Vietnamese stew!). With a cocktail program fashioned by Courtesy Bar's Gene Zimmerman and a stunning interior design mashup courtesy of Lot1433's Andrew White, the restaurant has made the ground floor of the Bank of America building a bona fide dining destination once again. 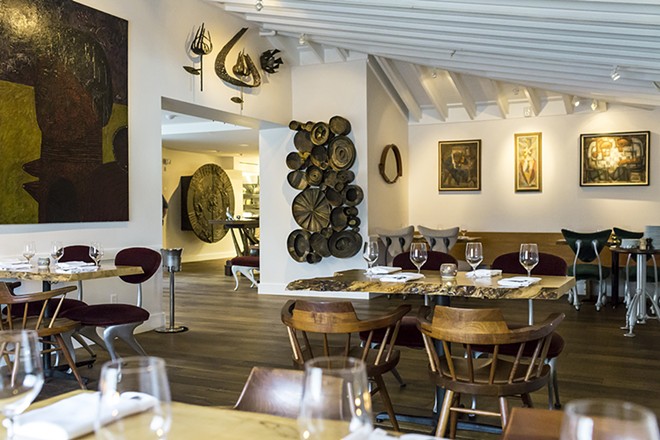 There's arguably no bigger name in Florida's gastronomic Rolodex than Norman Van Aken – so no surprise, then, that the legendary chef aims a spotlight on the culinary essence of the Sunshine State at his latest venture, 1921 by Norman Van Aken. He and his protégé, chef-prodigy Camilo Velasco, materialize that essence (with requisite flurries of fusion) onto plates in refined and dazzling ways, be it dumplings swelling with a mousse of spiny lobster and rock shrimp, or pan-roasted duck breast with mole and trumpet mushrooms anointed in a guava-ancho jus. Like the modernist works and furnishings that fill the quaint Mount Dora restaurant, the plates here are unquestionable masterpieces, and the wine list curated by Scott Geisler may very well be one of the finest in Florida. 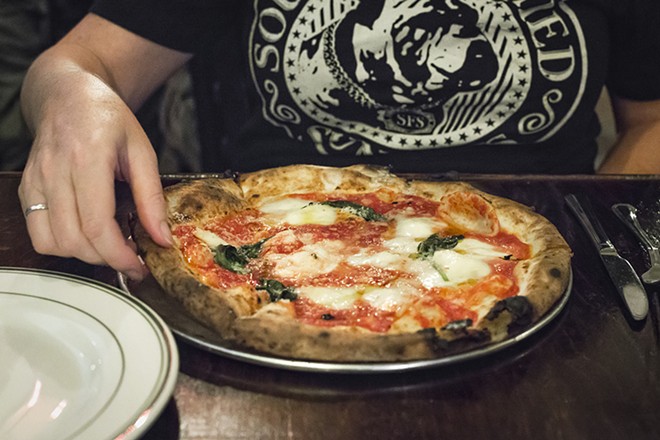 Last year, it was Bavaro's Pizza Napoletana in Winter Springs that hit our eyes with their big pizza pies, but this year we were damn near blinded by the beauty of Pizza Bruno's "neo-Neapolitan" wonders. A Ferrari-red Pavesi oven fires them out in 90 seconds in the traditional fashion, but it's the toppings combining trusted and novel flavors that entice Old World purists and tattooed millennials alike to shred a pizza topped with maple syrup, blueberries and guanciale, or charred peaches, romesco, pickled jalapeños and Volpi soppresata. Bruno's pies are what Instagram dreams are made of.

It's quite easy to drown out the raucous atmosphere when your senses are occupied by the mighty fine Spanish cuisine served out of Bulla Gastrobar's cocina. Chef Felix Plasencia, former executive sous-chef of Bulla Gastrobar in Coral Gables, works closely with Bulla Coral Gables executive chef Miguel Rebolledo, who spent some time working under Ferran Adrià at the legendary elBulli in Roses, Spain, as well as with José Andrés at Bazaar Meat by José Andrés. The result: revelatory ensalada de pulpo, succulent pinxto moruno and "huevos Bulla" – a fragrant mess of eggs, homemade potato chips, Serrano ham, potato foam and truffle oil. A bountiful list of Spanish wines (and Jerez sherries) further justifies Bulla's appearance on this list.

The culinary conjurers inside the sanctum sanctorum of the Sanctum have managed the rare feat of luring not just dedicated vegans into their inviting digs, but a steady stream of flesh-weary meat-eaters and flexitarians as well. The fact that the restaurant will soon double in size is a testament to the consistently gratifying, nourishing and healthy meals offered. If I were to cut meat out of my diet, I'd gladly subsist on nothing more than Sanctum's bowls of greens and roasted cauliflower reddened with harissa and chunked with beets, candied walnuts and sultanas slathered in cumin-tahini. Yes, owner Chelsie Savage and her team deftly disprove the notion that meatless and wheatless equates to tasteless. 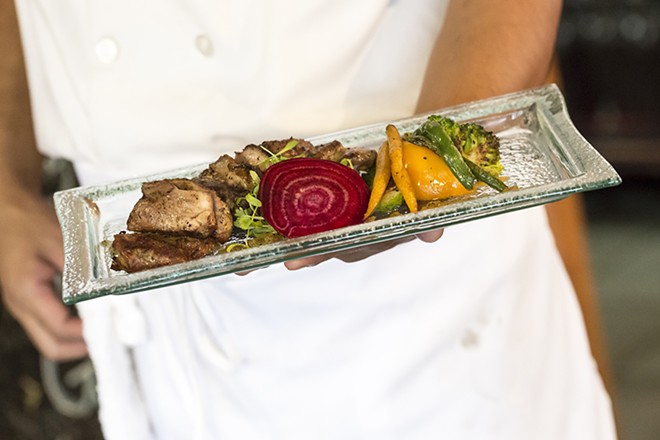 When Junichi Takazoe up and left his post as head sushi chef at Morimoto Asia to open a neighborhood izakaya in Sanford, it was a risky move, to be sure. But the cocksure chef was confident that those with an appreciation for good Japanese food and drink would notice, and they did. Their reward? How about deftly fried chicken kara-age, or comforting Sakura and Kurobuta sausages served over a mustard sauce with pea tendrils and a beet slice? Simple, yes, but the dishes also exemplify Takazoe's focus on quality ingredients and technical precision. His grilled yellowtail was easily the most succulent we've had this year.