Orlando's citizen photographers are chronicling an extraordinary time of protest

If you thought the anti-racism and anti-police brutality protests and demonstrations in Orlando were simply going to cool off after a few days, you couldn't have been more wrong. The young and passionate organizers behind these protests were only getting started.

Springing from an outpouring of outrage over the killing of George Floyd by Minneapolis police officers over Memorial Day weekend, protests started all over the United States, and all over the world, fostering a very real sense that this is a systemic breaking point.

Every day in downtown Orlando – also in Kissimmee, and Sanford, and Winter Park – last week and through the weekend, diverse crowds of hundreds of people marched and rallied and assembled and expressed outrage not just over George Floyd's murder, but also Breonna Taylor, Ahmaud Arbery, Trayvon Martin and so many more. These were actions organized not by a political party but by young adults, most if not all Black, working on a grass-roots level with grass-roots mutual aid resources.

One couldn't help but be inspired by the energy, the determination, the commitment and the peaceful nature of these gatherings. Volunteers passed out food and water, donations were accepted and disbursed, and the atmosphere was one of urgency but welcome. We watched an elementary school-age student address the crowd at City Hall during Saturday's event, and knew that this people-powered movement has the potential to be a turning point. Not even Saturday's tornado could stop them. 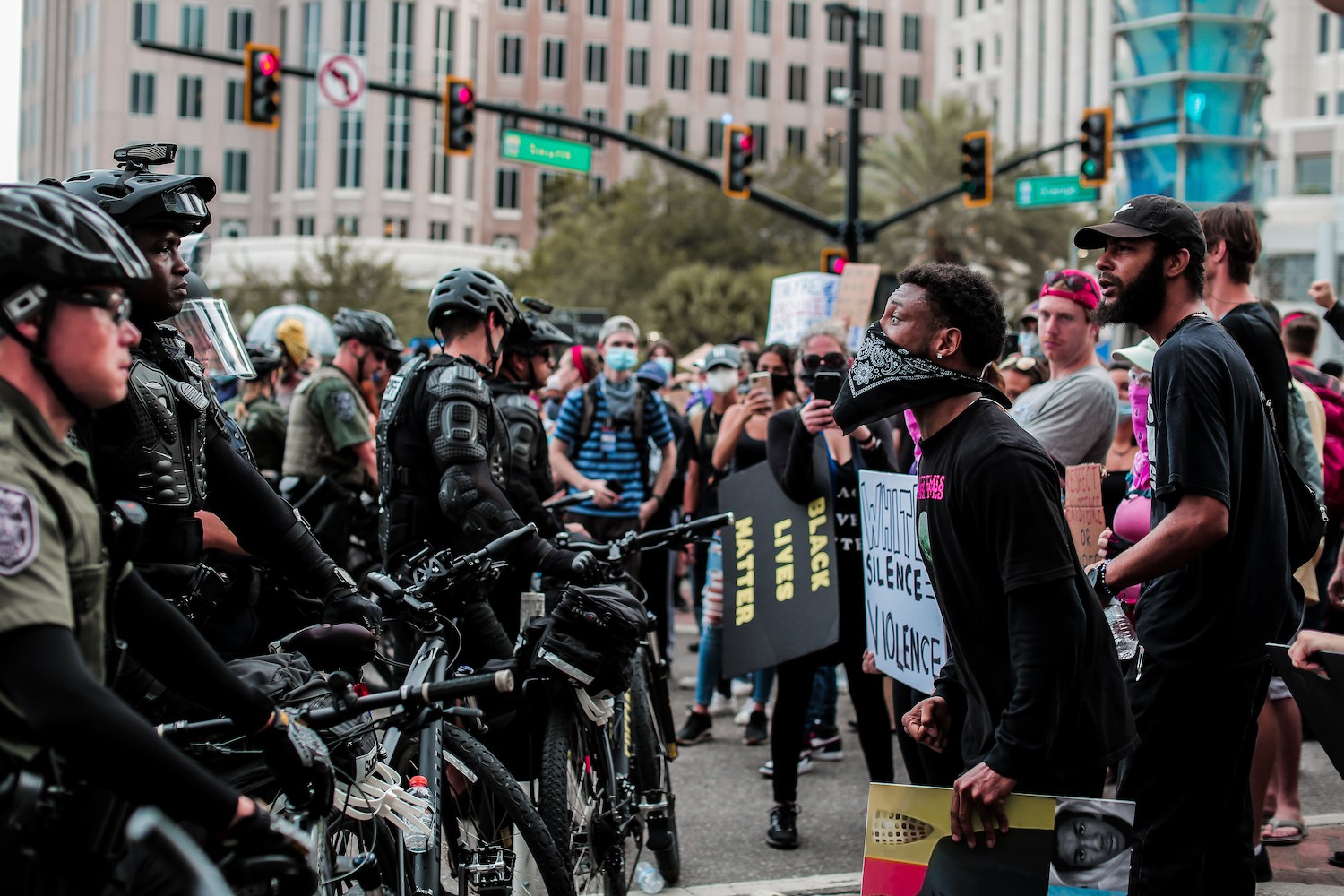 The protest on Saturday was the largest one yet, with more than 3,000 (OPD later put the number at 10,000) people marching from Lake Eola to downtown, an inspiring wave of humanity that surged through the city's center armed only with signs and chants. Search out the television news footage from the sky of the crowds converging and cheering and try not to get a lump in your throat.

Over these long days of protest, it was city leaders and police who often escalated the situation, with tear gas, kettling tactics, pepper spray, what appeared to be an LRAD, and a tight downtown curfew all being wheeled out against protesters. 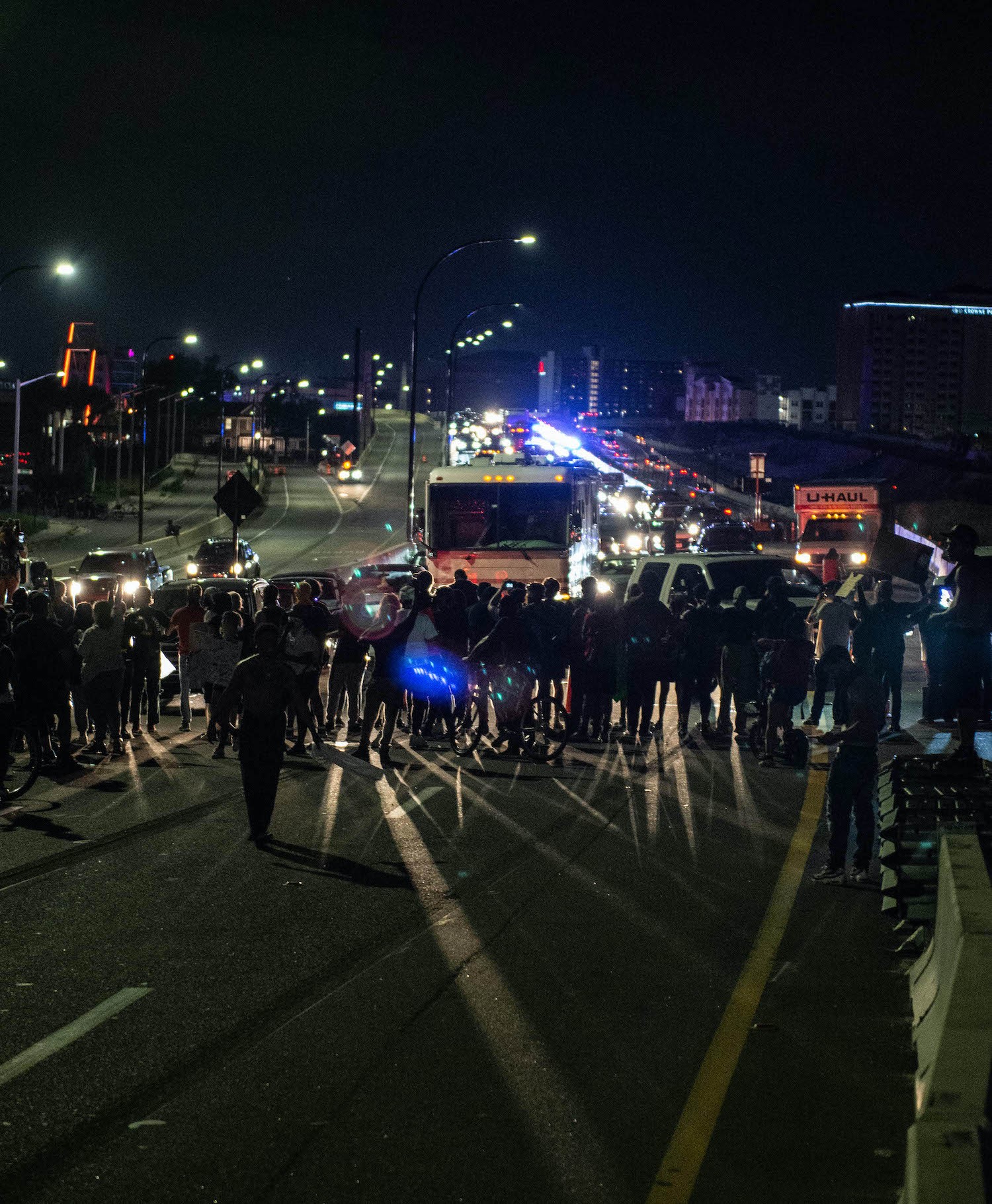 These justifications fizzled in the face of both the determination of the protesters and organizers to not be deterred from their work, and from citizen documentation of video and images from their phones, evidence that was solidly on the side of the marchers.

Cell-phone documentation fueled the Black Lives Matter movement, sweeping away the doubts of those who didn't believe survivors of police abuse. Now Orlando's citizen photographers are chronicling an extraordinary time of protest.

This week will bring more protest marches and more gatherings, no doubt. Some will dismiss the efficacy of making signs and marching. But Washington, D.C., painted the biggest sign in the country on 16th street outside the White House – the message that "Black Lives Matter" will forever be visible in any aerial view of the President's neighborhood. And consider that since the marches started, all four officers involved in Floyd's death have been arrested and the Minneapolis City Council pledged to disband that city's police force. This is only the beginning.