Orlando's Global Peace Film Festival is mostly online this year, but there's no change in its commitment to the value of dialogue

Orlando's Global Peace Film Festival, now entering its 18th year of presenting thought-provoking cinema, will be a very different experience this year, with virtual screenings and panels. But one thing that hasn't changed is the GPFF's commitment to the values of access, equity, inclusivity, independence and encouraging dialogue through film. A carefully curated selection of 20 films from around the world will be available for streaming throughout the GPFF's run, with accompanying online panel discussions. Two notable in-person exceptions to the virtual programming are Ben Van Beusekom's Bombshell: Masquerading Warfare at CityArts and the MYGration Short Films contest screening at the Enzian. The festival kicks off on the International Day of Peace, Sept. 21, and runs through Oct. 4. Visit peacefilmfest.org for more information and the full schedule. – MM

One of the most emotionally affecting and well-assembled documentaries you'll ever have the privilege to see, 16 Bars is actually two movies at once. On one level, it's a close-up portrait of four inmates at a Virginia jail who are struggling to escape a deadly cycle of addiction, violence, incarceration and despair. But simultaneously, it's a music doc about a rehabilitative program that brings in Speech from the group Arrested Development to record the cons' heartfelt, supremely listenable original songs. The material on display ranges from protest rap to introspective country blues, and all of it adds a layer of poignancy to its authors' troubled pasts (which, as recounted here, are classically tragic yet never clichéd).

Particularly fascinating is the way in which the jailhouse setting amplifies a typical record producer's concerns: When Speech wonders if one of his artists' intense personal charisma might be as much of a curse as a blessing, he's anticipating temptations that could scuttle not only the man's professional fortunes but his reintegration into society as a whole. The movie keeps us on the edge of our seat, waiting to see which if any of these four perpetually at-risk souls will be able to transcend a system that's hard-wired to see them as little more than wards of the state. The tension between their triumphant music-making and the anguish that awaits them around every corner makes for a viewing experience you won't soon forget. – SS

The declaration that "art can stop a bullet" seems like a cliché. A cynic, or even a realist, might point out that, for art to succeed, it better be a sculpture capable of stopping a steel projectile traveling 1,800 miles an hour.

Thankfully, director Mark Street isn't a cynic. And though his documentary, Can Art Stop a Bullet: William Kelly's Big Picture, has a long title, it never overstays its welcome. It might be described as overly ambitious, thanks to its globe-trotting structure and almost two dozen interviews of artists and activists. But partially because of that ambition, it offers an inspiring, stylish examination of how painting, drawing, photography and sculpture can salve the wounds of bullets and bombs. Further, it shows how, if shared with the right people, art can prevent those bullets being fired and bombs being dropped in the first place. Despite its packed format, the film is, at its heart, the story of one man: American-Australian artist William Kelly. And that story is framed, both literally and figuratively, by his creation of a monumental peace-themed tapestry for the State Library of Victoria. Over the film's 90 minutes, his work is slowly revealed, turning the collage into the movie's MacGuffin. So while the interviews play out and the issues behind the images are discussed, the tapestry becomes the audience's carrot (sans stick). In fact, if Kelly's dreams come true, there will be no more sticks. – CM 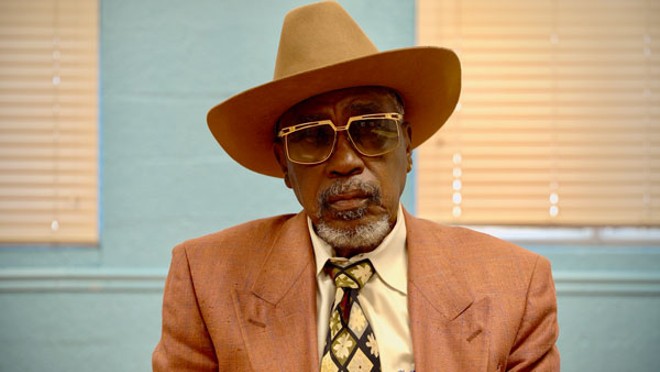 We've heard the phrase "quid pro quo" a lot recently in the world of politics. But it isn't necessarily bad. In fact, in the context of a political campaign, it can simply mean that a candidate vows to keep a promise to fight for a better life for citizens in exchange for their votes. Nowhere is that promise more important than the Sunshine State, which just might decide the 2020 presidential contest. Yet the Floridians living in the three communities profiled in Swing State Florida feel forgotten. Most disaffected are the migrant farm workers of Immokalee, whose daily deportation fears are palpable. But the residents of the historically Black community of Liberty City, in Miami, are equally disappointed in their government, as are the citizens of the Hurricane Michael-ravaged Panhandle.

Though director Samuel George's documentary is a bit rough around the edges and only touches on the political and social issues at the film's core, it rarely fails to inform and inspire. And in our current media-crazy cacophony, the doc satisfyingly lowers the volume to a quiet, cinema-vérité level, allowing an honest examination of the lives of real people. It's important viewing for all Floridians. – CM