How an Orlando martial arts instructor got roped into making his first (and only) feature film, the cult classic Miami Connection 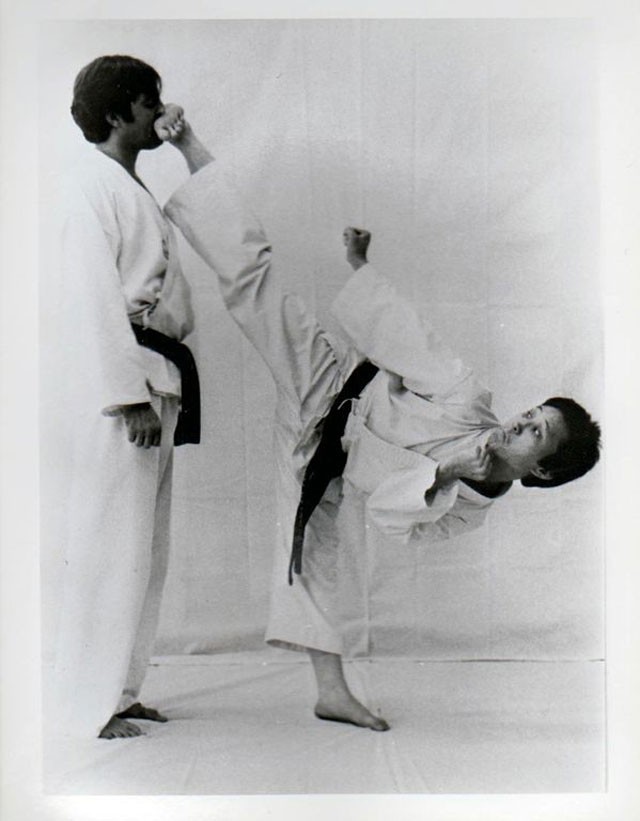 Twenty-five years ago, Miami Connection almost drove Grandmaster Y.K. Kim to bankruptcy. It was 1987, and Kim, a martial arts instructor, had invested just about everything he had in producing the film, which he'd embarked upon on a whim after doing an appearance and taekwondo demonstration on a Korean TV talk show.

"A very famous action-movie director named Richard Park watched my performance in his home," Kim recounts in a canned Q&A he dropped off at the Weekly recently. "He immediately planned a trip to Orlando, where I had my martial arts school, to meet me. … I was so excited – like a teenager – to produce a movie and become a famous action-movie star. I felt my dream was becoming a reality."

The Korean-born Kim, who founded the Martial Arts World school franchise (aka the McDonald's of martial arts schools, based out of a storefront on Colonial Drive) in 1978, had never produced a movie before and had no idea what he was doing ­– but he spent all of his savings, mortgaged his school, took out loans and borrowed from friends to make Miami Connection happen. He produced, wrote and starred in the film, only to have it fail miserably when it was finally finished. All of the major film distributors (and a lot of minor players as well) rejected it.

"Every distribution company rejected it after screening and said to me, 'Don't waste your time. Just throw it away; it is trash,'" Kim says in his Q&A about the film. Undaunted, Kim reworked and refilmed parts of the movie, which focuses on a synth-rock band called Dragon Sound made up of five UCF students who go on a vigilante crime-fighting spree on the mean streets of Orlando, where they combat cocaine smugglers and gangs.

He finally premiered the movie locally, with the help of a small distribution company that purchased it for $100,000. It screened at just a handful of theaters in Orlando, Daytona and Melbourne in 1988.

"I was so excited, and I had no doubt that we would pack every theater and it would be blockbuster," Kim recalls. The Orlando Sentinel called it the worst movie of 1988, and within three weeks, it disappeared from theaters.

But it didn't die off completely. It became an underground cult classic, unbeknownst to Kim, who'd gone on to build a mini business empire based on martial arts and motivational speaking. Over the past few years, he says, he's had baffling requests for interviews about Miami Connection from TV talk shows and magazines, but he ignored most of them. Then, suddenly, he was contacted by Austin, Texas' Alamo Drafthouse Films, which wanted to redistribute the movie in the United States. Kim didn't take them seriously at first – "I was wondering why they wanted to distribute this movie that the public had rejected and Hollywood treated like trash 25 years ago" – but he relented. And the rest is history. Drafthouse has helped connect this film to its audience with a series of midnight showings at film festivals and theaters in New York, Miami, Atlanta, Seattle and this week, Orlando.

The movie has been surprisingly well-received since its rerelease – or at least, received for what it is and not held up to unrealistic standards ("It may just force you to redefine your definition of what constitutes 'good' cinema," says a critic for Slant Magazine; "so bad it's essential," says Gawker). And the screenings highlight what Kim had first set out to do a quarter of a century ago: make a movie that draws attention to "exciting martial arts action (not computer-generated)."

It's a roundabout route to success, but one that Kim is embracing without any concern for the irony that being a "so bad it's good" film creator brings with it. In fact, the interview he dropped off here for us to review indicates that Miami Connection may not be his last foray into moviemaking. "Martial Arts World has planned to produce one top-quality action film with modern philosophy every three years to show the true meaning and value of the martial arts," he says. "Our main purpose is to produce a movie to promote the martial arts to the public that family and friends can enjoy together, so more people will practice martial arts."