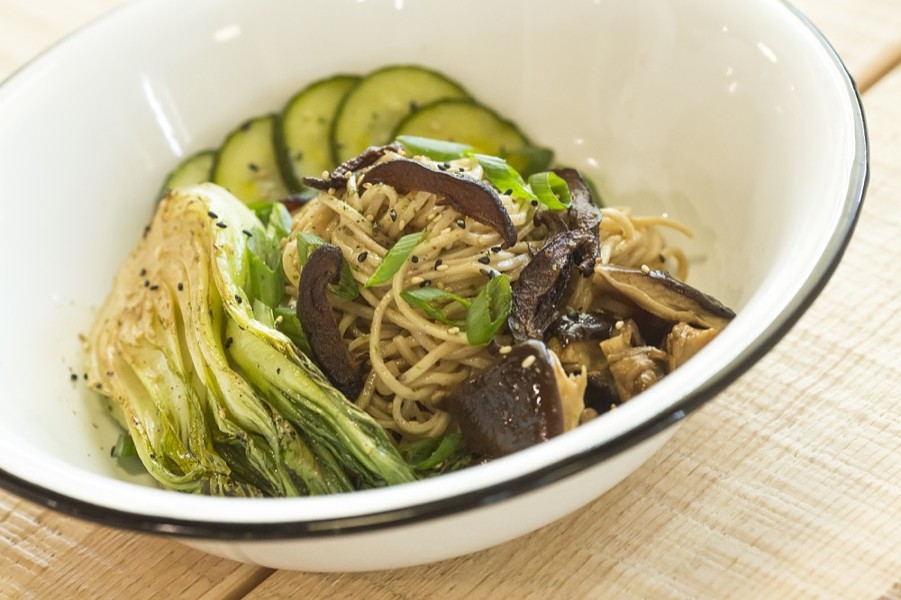 "This isn't first-date lighting," said the dining comrade, eyeing a young couple – new acquaintances, clearly – breaking bread and relationship ice in Hungry Pants' bright setting. They were seated next to us, flaws and blemishes brazenly exposed in their hormone-filled glory. "This is marriage lighting."

And we, along with the married couple joining us at this cutesy "plant-curious eatery," shared an attention-drawing laugh at everyone's expense. There's a heavy waft of fried cauliflower in the room – the standard scent of matrimonial routine in many a household – that gives an indication of the dishes served here: meatless, mostly, but of the sort catering to the growing consumer sector of those opting, for reasons environmental, health and ethical, to reduce meat consumption.

So, naturally, we started with a cheeseburger ($9), just for the irony really, and it had the comforting smack of one you'd eat at an old-time diner. I pictured being seated on a red leather stool, elbows resting atop the Formica, listening to a chatty waitress in a pink uniform ask if I needed more ketchup. Then white chairs, untreated pine tables and tattooed runners record-skipped the nostalgic moment, and eating for irony gave way to eating for iron – beets initially, roasted and served with oranges and crumbled cashews in an orange vinaigrette ($4), then bok choy and shiitake mushrooms in chilled soba noodles ($9). Both dishes impressed, though we managed to improve on the latter by dribbling it with the sauce served alongside the black bean-and-sweet potato wontons ($8). Its peppery kick, softened by the inclusion of tamari, agave, olive oil and Dijon mustard, added a layer of potency to the sesame-flecked noodz, just as it did to the lemongrass-scented dumplings.

I was a tad overzealous in scooping muhammara from the mezze platter ($10) with a pita slice. "I think I know why this place is called Hungry Pants," I muttered, looking down at the reddish blob on my jeans. I finger-scooped the spicy spread into my mouth. Don't judge – it was too good to waste. Other mezze items: artichokes, roasted peppers, olives, lemony hummus and tzatziki.

I should mention that Hungry Pants is a venture by Joey Conicella and Alex Marin, who once ran the uber-popular Yum Yum Cupcake Truck. They were known for their bow ties, so a pantaloon-themed eatery doesn't seem that out of the ordinary for the duo. What was out of the ordinary was the mac & cheese & squash ($4). The pureed butternut squash didn't make for a very pleasant texture or taste. Everyone took a bite, but no one took a second. The "hurry curry" bowl ($10) looked pretty-pants with broccoli, cherry tomatoes, butternut squash and onion floating in a mild yellow curry. Forbidden rice gave contrast to the presentation, but the lack of flavor made one of my guests proclaim the dish "more Berkeley than Bombay." 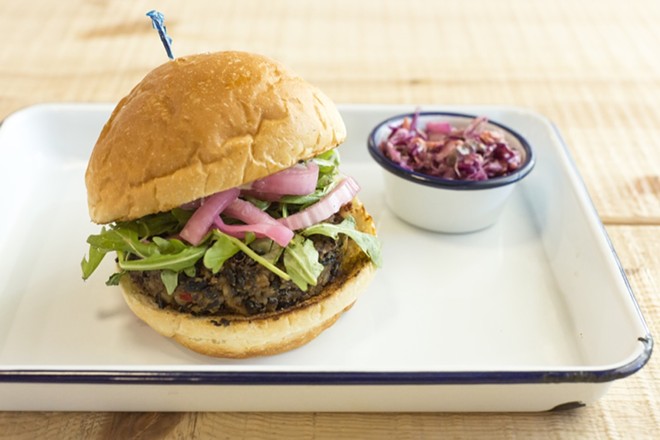 The slice of sour orange pie ($4), however, was Orlando to the core. We popped by Shaka Donuts just up the road for a post-meal fix, but after getting it, I couldn't help but think we should've ordered more of that sour orange pie instead. Probably would've felt better about ourselves too.