Florida reclaims its position as the epicenter of pro wrestling

Although the exact time and place of its invention remains a matter of debate, professional wrestling has been a multimillion-dollar business in this country since at least the 1930s, and by some metrics it's more widespread and more lucrative than ever before. Recently Florida has regained its historical position as an industry epicenter, with Orlando leading the way thanks to World Wrestling Entertainment's partnership with Full Sail University on NXT.

Full Sail president Garry Jones says, "WWE is known the world over for being a leader in the entertainment industry, and as an educational partner to Full Sail University, they have served to inspire the next generation of production professionals that are being taught on our campus daily." Paul Levesque, who has served as WWE's executive vice president of talent and live events since 2013, seconds that emotion: "Full Sail University has been invaluable to the success of NXT," he says.

This partnership led to the creation of the WWE Performance Center on the Full Sail campus and the NXT brand, which has been cranking out new stars for the past seven years. Now, as WWE takes their NXT brand to the USA Network for weekly Wednesday night broadcasts, the spotlight will shine on Full Sail even brighter than before; NXT's national television debut is the beginning of a new era in wrestling.

WWE chairman and CEO Vince McMahon is widely regarded as the foremost genius of the wrestling industry, a man who allegedly risked his own death to reorganize its ownership structures. He then bet every penny he had on his still-controversial vision of a wrestling show that transcended its devoted but fairly niche market and went in hard to cultivate crossover pop-culture appeal. That was the very first WrestleMania, and its original airdate of March 31, 1985, is unquestionably the single most important day in the history of pro wrestling. By contrast, Sept. 18, 2019, is not quite so big a deal, but it will be hugely significant in defining the next stage of the industry's evolution.

Levesque, better known to wrestling fans as "Triple H," is a 14-time world champion and future Hall-of-Famer, as well as the driving force behind NXT's founding in 2012. (He's also widely presumed to be the eventual successor to McMahon himself.) The NXT setup at Full Sail is essentially a scaled-down model of the larger set used for WWE's pay-per-views and weekly programming, which allows wrestlers, announcers and technical crew to become acclimated to the nuances of the "WWE style" of TV production. NXT also runs a "house show" circuit of smaller live events throughout Florida, in which new talent can refine their characters and get accustomed to the subtleties and intricacies of working in front of live audiences before they (possibly) get called up to the main WWE roster.

While NXT has been acclaimed within "smart" wrestling circles for years, the new show will thrust the brand, and the men and women involved in its production, in front of a national viewing audience as the future stars of professional wrestling are born before our eyes. There are nearly 100 people currently wrestling there, ranging from neophytes to established veterans. Most of them have not yet appeared on camera, but with the NXT broadcast now doubled in length, many will make their debuts in the weeks and months ahead. Previously, the brand prerecorded four one-hour shows in one night for broadcast on the subscription-only WWE Network, but the new show will air live on USA (basic cable!).

Initially viewed as simply a place to train new talent for the main roster, the quality of in-ring action and the storylines have established NXT as must-see viewing on its own merit. WrestleMania 35, which took place at Met Life Stadium this past April, made a fine case study for the long-term impact of NXT on this generation of professional wrestlers. Out of 51 wrestlers on the card that evening, 28 came to the main WWE roster through Full Sail, including two-thirds of the history-making all-female main event. (The one who didn't, Ronda Rousey, had nonetheless spent time at the Performance Center training for her in-ring debut the year before.)

And that's just the wrestlers; that number doesn't include support staff like the show's host, Alexa Bliss; two of the three ring announcers; at least four referees; all the backstage interviewers; and nine of the 14 English-language commentators who worked at various times in the WrestleMania pay-per-view broadcast, which ran nearly eight hours. For these men and women, the "Road to WrestleMania" may have ended in New York City, but it began in Orlando. 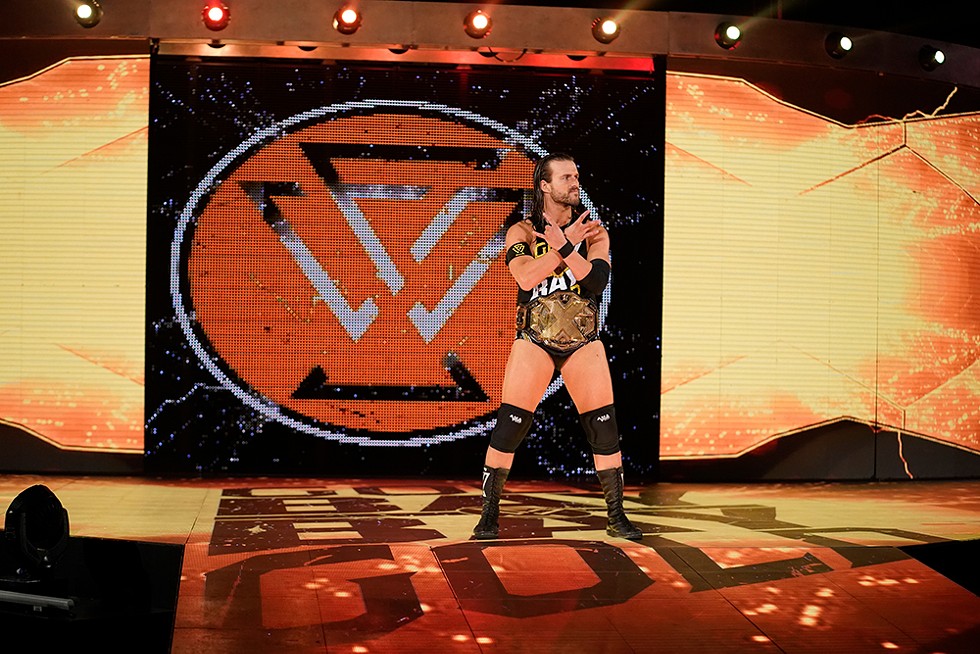 A key figure in making their dreams come true was "the American Dream," Dusty Rhodes, who for years was the icon of Florida wrestling, widely considered one of the greatest creative minds the business has ever seen. Rhodes worked closely with Levesque to create the NXT brand, particularly in terms of character development. Dozens of stars point to their time "under the learning tree" of arguably the most charismatic performer in wrestling history as essential to their eventual success. Rhodes' death in June 2015 robbed NXT of its animating spirit, but the system he left behind has continued moving forward at full speed.

Clearly, WWE's next five, 10, 15 years of main-event talent has either been developed at Full Sail already, or they will be in the years to come, and this new expansion of the brand can only help. By the time new talent is ready to work on the big Monday- or Tuesday-night show, the fans will know them from their Wednesday-night star turns.