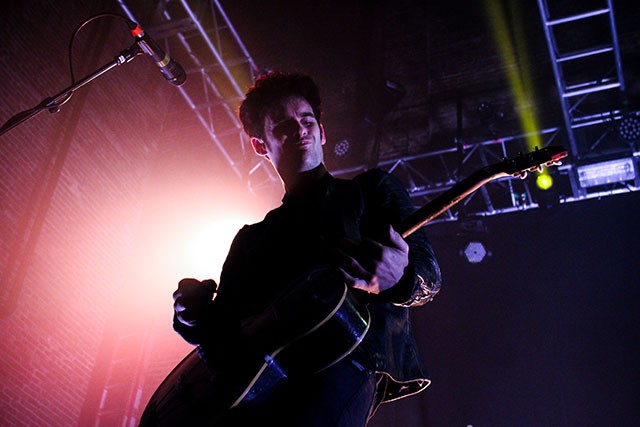 The incomparable autumn concert harvest begins. Besides noting a special occasion to enjoy the one-of-a-kind Timucua White House venue, the Civic Minded 5 deserve continued credit for another original presentation (Oct. 6). For the quality and value (this show was free), I cannot overstate how much of a boon both this group and this venue are to Orlando’s worth as a cultural city.

Despite roots in the significant underground rock scenes of Chicago and North Carolina (with appearances on recordings by indie legends like Superchunk, Portastatic, Stereolab and Will Oldham), acclaimed trombonist Jeb Bishop is most famous for his free improvisation work. Like all in his genre, he exists beyond the confines of song, finding new and unorthodox techniques to completely re-contextualize music. But free jazz, for the most part, still eludes me. Call me a pop-music philistine if you want. Even though it’s laudably primal, free jazz is so philosophically loaded that it can feel like purely head music, offering little for the feet or soul. But, though it usually makes me want to go home and listen to bubblegum records just to get right again, I keep on trying.

Equally experimental but unconditional in appeal was headlining Dutch wonder Jaap Blonk, whose illustrious sound poetry career must surely have started when he learned to pronounce his own phonetically impactful name. To understand what his vocal music is exactly, you need to see it performed. But think about it this way: If beatboxing is rhythm, what Blonk does with his vocalizations is full sonic narrative with a scope wider than the average imagination. He plays and contorts his face – pulling and poking at his cheeks, nose and throat to coax sounds – like an instrument without limitation. He sports a sonic range that’s rivaled only by electronics.

Although existing squarely in my personal sweet spot, Black Rebel Motorcycle Club (Oct. 9, the Beacham) has always been a little canny and slavish, often lacking the sheer thrill or originality of their idols. But, like the American son of the Mary Chain and Kasabian, they’re shrewd understudies with good taste. And they deserve the status they’ve worked to achieve.

Unfortunately, they were a fraction this time of what I’ve seen from them before. First, they sounded a little thin. Second, they played a two-hour set too populated by inferior, downbeat selections from their otherwise big-kicking catalog. From this band, neither should ever have happened.

The opener, on the other hand, was a twosome that impressively overachieved. Restavrant, which I’m pretty sure is Roman for “place to eat,” is led by L.A.-based Texan Troy Murrah. Behind his smeared-and-fried slide guitar action, they’re a blues-punk band that kicks out the good stuff like a cross between Bob Log III and Scott H. Biram, only with more bottom-end thunder and whump. With a drum kit that also packs electronics, a plastic five-gallon bucket and a tire rim – as well as an ace drummer to bang on it all – their music is swamp-punk with industrial-grade percussion.

The bountiful fall breeze also brought Frightened Rabbit (Oct. 12, the Beacham). Oft-called Scotland’s answer to Arcade Fire, they’re one of those bands you don’t begrudge if they break into the mainstream. Unlike the cheap, dumbshit flashes of temporary insanity you typically find in the hype machine, Frightened Rabbit is the kind of band that belongs there. And though I like them, even I didn’t expect to be quite this swept by them in concert. It just goes to show the timeless power of heart and melody. But with a massive, storming, spirit-swollen sound, it’s also testament to the fact that Frightened Rabbit is one of the most anthemic live experiences around. And I’m crazy-anxious to hear the upcoming debut LP they produced by exceptionally worthy Central Florida breakouts Flashlights (due early 2014 on Hard Rock Records).