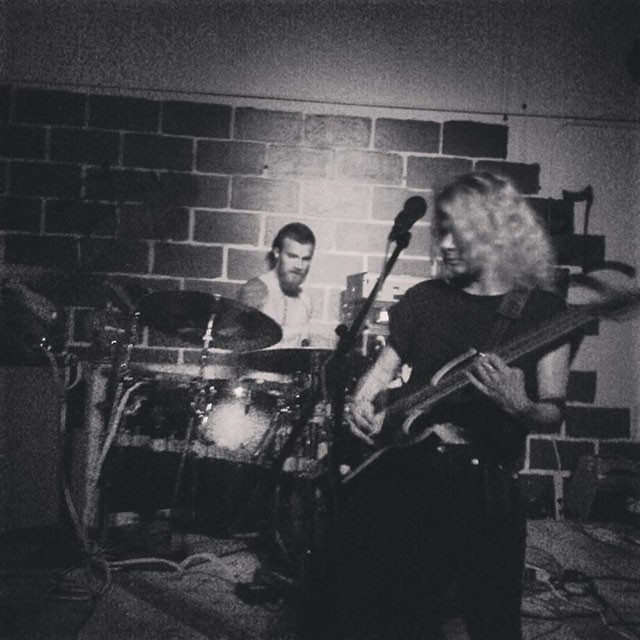 There aren’t many true DIY venues in the city. That’s why there’s always a furor when we lose one – Hoops Tavern and the Black Box Collective are two examples in recent years. So it stands to reason that we should at least double the reaction in the positive whenever a new one surfaces. Right?

Well, meet the Thirteen, punks. Perhaps if you’re in the scene you’ve seen the name pop up in some Facebook invites, but if you haven’t gone, it’s a garage warehouse used as a rough art space that hosts live music events. When I say rough, I mean a concrete-block sweatbox only marginally retrofitted for creature comfort, unless you count three old couches, some graffiti and a few basic LED lights. They don’t sell, so it’s BYOB. And the place operates on a simple don’t-be-an-asshole rule. So, for DIY show and community purposes, it’s perfect.

The Thirteen is tucked away in a strip of commercial garage bays roughly across the street from East West Music on South Orange Avenue. Yes, that’s in Edgewood – the Venus flytrap of vehicular law enforcement, our own cop city, the scene of my first-ever traffic ticket as a new teenage driver. It’s an unlikely location for a place that seems to specialize in metal and punk shows. But one of the venue guys tells me relations between the Thirteen and Johnny Law have been cool so far.

I hope it remains that way. Still, it wouldn’t hurt to take all necessary precautions when heading that way and while there, whatever that entails for you as an individual (see: DBAA rule above).

Location aside, a DIY venue is a tough, uphill survival model. Unlike other places with alcohol sales to buoy them, the viability of DIY venues hinges directly and entirely upon the patronage of the music community. It’s a precarious lifeline, unfortunately, which sucks because the reasons they start in the first place are often the purest ones – motivated by culture and community, not commerce. The Thirteen is great news for the underground music scene, but only if it lasts. And its survival is on us. The venue rep I spoke to indicated an interest in increasing shows. Since it’s a distinct possibility that you may have an idea floating around for some cool shit that’s just waiting for a spot to land, here’s how to hit ’em up: thethirteenbooking@gmail.com.

As for the actual show I attended there (Aug. 22), it was the return of a notable heavy-music Prometheus. Like I predicted in February, Ryan Pemberton, the mind behind 90 Proof Productions, is back, now under the secular-as-fuck name Non-Prophet Organization. So mark that as another trustworthy booking name back in the game. And featuring major Metal Blade band Downfall of Gaia on the marquee, this DIY show was his big “Hey, Kool-Aid!” re-entry onto the scene.

The out-there, progressive black metal of Jersey tourmates Black Table was interesting – fractured and unsettled at first blitz, but opening up into sparer, more atmospheric flights deeper into the set.

But, really, none was as stunning as Germany’s Downfall of Gaia. Their sound check fussed over the temperamental vocal mics a bit much for a warehouse show, but their guitars were absolutely stunning. Their expansive, tectonic meld of black metal, hardcore and post-metal came in like massive icebergs – graceful and intimidating. Like a more metal Mono at maximum, constant climax with extreme vocals, this wind-tunnel orchestra’s epic gust is as poetic as it is blistering.

Earlier that night, I checked out new local band Meiuuswe (Will’s Pub). To demystify their vowel-crazy name a little, it’s a portmanteau: Me, I, you, us, we. They’re an interesting two-man band comprised exclusively of drums and keys, and their sound is a groove-based merge of thick, dynamic rock rhythms with left-field ’60s jazz-soul vibes. It kicks like Clutchy Hopkins’ funky boom-bap cousin. No one around here is doing what they’re doing, that’s for sure.

Speaking of funky, local band Fat Night just had a record release party (Aug. 19, Will’s Pub). Their funk-soul-rock stew isn’t completely my sweet spot. But these guys have really gotten good – so exceptional, in fact, that it can no longer be denied, even by a differing palate.