Our picks for 2019's best spring festivals happening in Orlando 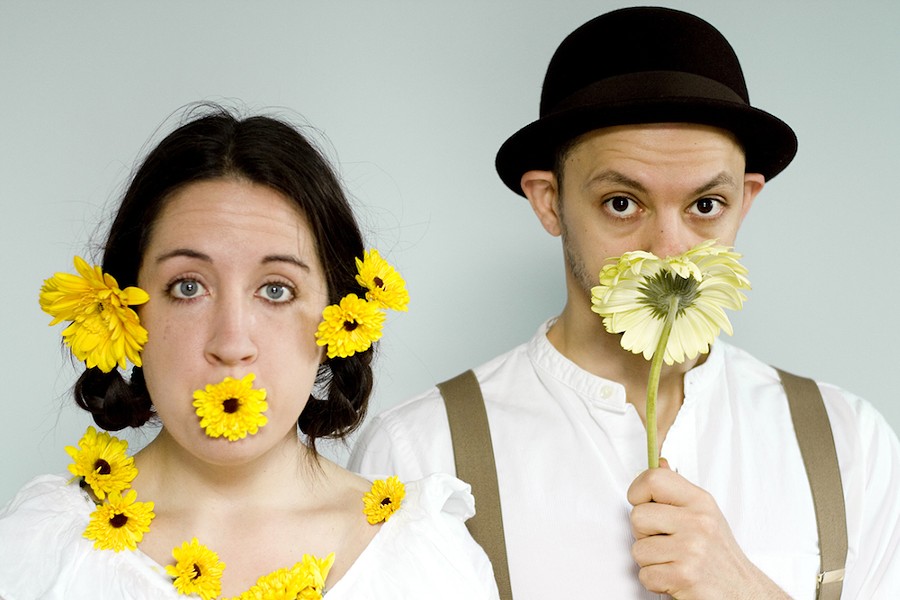 It's festival season, people! Here are all the big ones you don't want to miss this spring 2019 in Orlando and the rest of Central Florida.

Spring in Florida is for three things: enjoying freshwater swimming holes before the tourists take over, picnicking in the sun and the Florida Strawberry Festival. This annual 11-day event in Plant City celebrates the red berry with more than 500,000 visitors. There's always, of course, crops of fresh strawberries and the world-famous strawberry shortcake, but there's also strawberry pizza, strawberry kettle corn and strawberry hamburgers for the adventurous foodie. Aside from youth livestock shows and carnival attractions, the Florida Strawberry Festival also boasts a strong concert lineup, this year including Willie Nelson, Alabama, Old Dominion, For King and Country, the Drifters and many more.

In the century-long existence of the Central Florida Fair, the focus has shifted from a primarily agricultural event to one focused on risk-taking, whether that comes in the form of loading yourself into what feels like a rickety deathtrap that someone sarcastically decided was a ride, or taking a gamble on eating deep-fried butter. But with all-day ride wristbands available for $25 and fair food prices still remaining a nudge south of the prices at the big parks, one risk you don't have to worry about is whether you're getting enough fun for your buck. And hey, the livestock, shows and live music are still there if you need to take a break to get your stomach settled.

The long-running local horror convention definitely had some logistical growing pains at last October's event (whoa, Nelly), but one can't help but root for Spooky Empire's organizers, especially when scoping out the lineup for their satellite spring event. So far they've confirmed big-ticket talent like Christina Ricci (Buffalo 66, The Addams Family) and Christopher Lloyd (Back to the Future, Who Framed Roger Rabbit); cult favorites like Fairuza Balk (The Craft) and Florida's own Ricou Browning (The Creature From the Black Lagoon); and intriguing up-and-comers like David Howard Thornton and Damien Leone from the unrelentingly dark Terrifier. And of course, expect the usual cavalcade of vendors, panels, film screenings, musical entertainment and cosplay-o-rama.

The concept of brunch – not quite breakfast, not quite lunch – goes back to 1895, when it was first named by English writer Guy Beringer in his essay Brunch: A Plea. In it, Beringer advocated for the hybrid meal as a way for heavy Saturday night drinkers, such as himself, to make Sundays a little less painful. Not much has changed in modern times, except for the fact that a post-brunch hangover is a bit more standard than a pre-existing one. To help with that, we gather together some of the best brunch restaurants in the area under one roof and have them bring along their best bites for you to try. We combine that with unlimited mimosas, Bloody Marys and beer for the ultimate brunch experience. And this time, we're even covering the after-party for our VIP ticketholders. Plus, it's on a Saturday, so you won't even have to call out from work the next day.

When UCF decides to celebrate, they go all in. This festival will have the Dr. Phillips Center overflowing with intriguing experiences for a full 10 days, to the point that attendees may just want to bring a sleeping bag and camp out on the Seneff Arts Plaza so as not to miss anything. (Except, whoops, even the Seneff is being activated with immersive installations and interactive art-making.) This fest really does fulfill that tired cliché, "something for everyone": book-lovers can meet Station Eleven author Emily St. John Mandel; Broadway fans can attend a performance of Titanic: The Musical; opera lovers get a production of Aaron Copland's The Tender Land; jazz fans can snap fingers to the Flying Horse Big Band's tribute to Ray Charles. And that barely scratches the surface of the myriad concerts, exhibitions and happenings taking place. Admission to many events is free, but all events require a ticket; some performances add a surcharge to reserve seats. 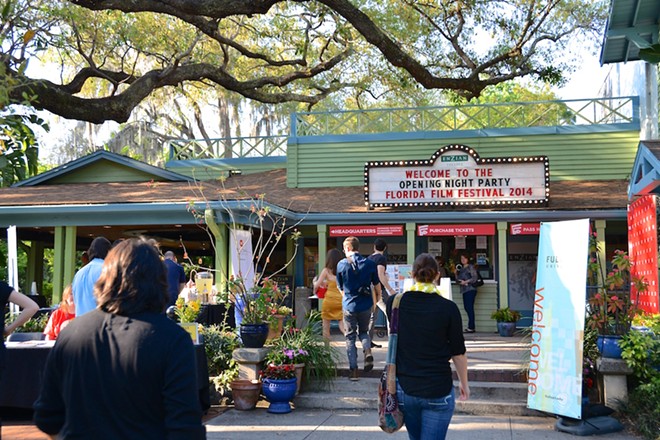 We won't have the schedule of films playing at this year's 28th annual Florida Film Festival until mid-March, but there's always plenty worth seeing. The area's only Oscar-accredited film festival screens more than 180 films this year at Maitland's Enzian and the Winter Park Village Regal Cinemas. That includes shorts, features, documentaries, animation ... something for every cinematic taste. Last year's investment in a mobile app made finding the movies you want to see and snagging tickets for them a breeze, so we're happy to see that's returning. Keep an eye out for announcements about films, celebrities, parties and more in the next few weeks.

Whether we're talking bourbon or scotch, Irish or Canadian, whiskey/whisky is the star at our annual Whiskey Business party. Enjoy samples of dozens of varieties from some of the area's most dedicated brown liquor providers, including brands like Jack Daniel's, Woodford Reserve and Whistle Pig. To keep it classy, though, we also make sure there are plenty of booze-absorbing bites from several different restaurants on hand, along with live music and burlesque interludes to feast your ears and eyes upon. The beautiful wooden architecture of the Cheyenne Saloon complements this event perfectly.

For many, the annual Orlando Fringe is the signature Orlando event of the year. Pulling talent from multiple sectors of the entertainment landscape – theater, comedy, music, dance and visual – Fringe is a uniting force for our vibrant performing arts scene. Along with an insurmountable variety of performances in theaters around the Loch Haven Park complex and nearby spaces, Fringe also offers up the hands-down best lawn experience of the season. The outdoor stage – mere yards away from the beer tent, handily – offers up live music, DJs, the beloved annual toast-off, comedy and more, all for free. For a couple of weeks each spring, the Fringe lawn becomes the de facto living room of Orlando, welcoming patrons from all walks of life and asking them, "Want to get some cheese curds?"

For fans of comic books, anime, science fiction and fantasy, there's no bigger event in the spring than Megacon. The annual convention now boasts attendance numbers that eclipse even Atlanta's regional behemoth, DragonCon. Nostalgia plays a big part in this year's E-ticket attractions, including a reunion of the casts of Back to the Future and Boy Meets World, along with appearances by Kiefer Sutherland, Stranger Things' David Harbour and Shazam!'s Zachary Levi. Of course, the convention isn't just about photo ops. Out on the gigantic convention floor, you'll find tons of shopping, independent creators, cosplayers, tabletop games and more, along with plenty of informative panels. Let your geek flag fly.

Beer, beer, it brings us cheer; it makes us so drunk that we sometimes don't care – that's the spirit you should bring to Beer 'Merica this spring, where more than 100 American craft beer brewers come together for what's arguably the Central Florida Mecca of barley pops. What's that, you ask – what's beer without live music and a bunch of food to stuff your face with, you bunch of knuckle-dragging drunkards? Short answer: It's still beer, but it's not as good. So come on out for what we hope will be a much (meteorologicaly speaking) drier event this year. But even if it isn't, it doesn't matter because you can count on getting so cheerful you won't even remember the rain anyway.

Universal does its best every year to make up for the fact that Fat Tuesday isn't a thing in Central Florida by dressing up its nightly parade and offering up some as-authentic-as-they-can-make-it down-home Louisiana cooking. But the main attraction for locals is the calendar of free concerts that take place right next to the Rip Ride Rockit roller coaster. See classic nostalgia acts like Steve Miller Band and Pitbull, or up-and-comers like NF or Sabrina Carpenter.

SeaWorld ups its taste game through the spring with international "markets" set up throughout the park. Get limited-availability bites like Brazilian picanha steak or char siu bao from the Asian market, then wash it all down with themed drinks like Jack Daniel's Cowboy Punch or an ouzo lemonade. Concerts from the likes of Bret Michaels, Lifehouse, and an I Love the '90s showcase featuring Coolio, En Vogue, Tone Loc and more take over the Bayside Stadium every weekend.

Every spring, the landscape designers of Epcot show off their skills with elaborate dioramas made from colorful blooming flowers. Even for those of us with serious pollen allergies, it's worth it to pop an allergy pill for a close-up look at some of Disney's most impressive topiaries. The park's International Showcase offers up special springtime bites in its outdoor kitchens, and the Garden Rocks concert series brings the likes of Blood, Sweat and Tears, Peabo Bryson, A Flock of Seagulls and Christopher Cross to the amphitheater at the American pavilion.