Pam Bondi’s lavish life on the backs of lobbyists 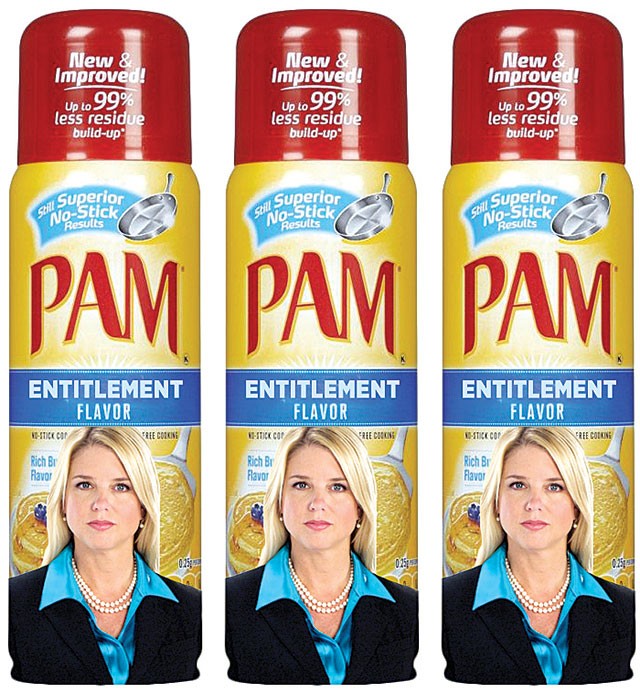 “My office aggressively protects Floridians from unfair and deceptive practices. And absolutely no access to me or my staff is going to have any bearing on my efforts to protect Floridians.”

Amount Bondi has received for airfare, hotels and meals from RAGA – via undisclosed corporate donors – over the past two years

Before we get into the moneybag scandal that fed last week’s political news cycle in Florida – oh, it’s a good one – it’s probably a good idea to note that, though this publication comes out on Wednesday, it goes to press on Monday, the day before Election Day – which means that we’re either in a really good mood or a really bad mood (or, even, perhaps, just in A MOOD) as you are reading this. Hooray for the good people who won! Boo for the bad people who won. Politics, especially in our crystal ball filled with opaque decisions and bits of confetti, equals fun.

Regardless of what the outcome is in the Florida Attorney General’s race – we’re going to hazard a guess that Pam Bondi has retained her office, despite sharing her first-name with a cooking spray that is not supposed to stick – a cocked brow in the general direction of how attorneys general are being bought and sold right now seems like a good idea. That’s probably why the New York Times did a probe into said quid pro quo on Oct. 28.

The background goes something like this: Corporate interests have wised up to the notion that real decisions involving giant settlements rest in the office of each state’s attorney general. Why would anyone think that? Because in 1998, 46 state attorneys general were able to effectively kill Big Tobacco (well, not really kill it, but cigs are way more expensive now) by smoking a $206 billion settlement out of the major corporations for health care and general harm. Then, as the Times reports, Microsoft, Big Pharma and mortgage servicing companies became targets, the last of which paid a handsome $25 billion settlement to mortgage holders. Everybody, let’s make friends with attorneys general!

Interestingly enough, Bondi has some experience with foreclosure drama; despite press conferences boasting otherwise, her handling of Florida’s portion of that $25 billion – $300 million – drew public ire when she fumbled on creating any viable infrastructure through which to distribute those funds.

However, we digress. Because Bondi’s problems at the moment – again, assuming she’s still in office – come with the tell-tale caveat of lobbyists not having any influence over the AG office. Guilty!

According to a follow-up investigation (post NYT) by the Tampa Bay Times and Miami Herald, Bondi’s been living the high life on the backs and bucks of lawyers and lobbying firms her whole term. Specifically, she has been rubbing financial elbows with Washington, D.C., law firm Dickstein Shapiro, hanging out in hotel bars, scooping up gift bags, hopping from Hawaii to Mexico to keep up that base tan, running amok. The whole thing smacks of amateurish entitlement on its face. But beneath the unseemliness is something even more disturbing: policy.

Bondi has already taken heat for cozying up to Donald Trump after he paid her re-election campaign $25,000 in 2013 in the wake of complaints about Trump’s for-profit schools. She shifted the date of an execution last year in order to make more money at a fundraiser in Tampa. But with Dickstein Shapiro, she’s taken on an even heavier résumé; or, rather, dismissed a lot of cases for apparent personal gain.

“She has sold out the consumers of Florida at lavish parties at fancy resorts, taken hundreds of thousands of dollars from law firms representing clients trying to head off attorney general investigations,” Bondi’s Democratic opponent and former Deputy Attorney General George Sheldon said at an Oct. 31 press conference. “She says all that money – hundreds of thousands of dollars – did not influence her decision.”

Also of note, none of the partners at Dickstein Shapiro are registered as lobbyists in Florida, even though their lobbying is influencing state law. The Tampa Bay Times went as far as to say that “their advocacy may have violated state law.”

All of which is incredibly interesting when put in the context of the state’s highest legal office, its seemingly incompetent leader and the rampant fleecing by corporations of Florida’s fragile economy and population. But hey, who cares? She didn’t get re-elected, right?