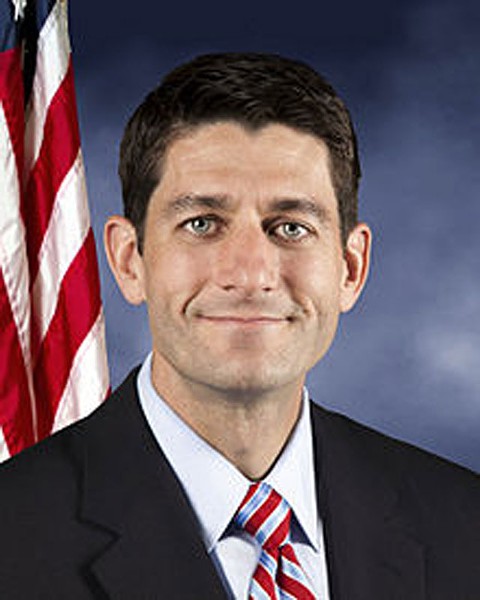 Want help going beyond the horse race? We're gathering the best stories out there on Congressman Paul Ryan, his positions, and his background. Have other stories to share? Add them in comments.

Fussbudget, The New Yorker, August 2012 This sweeping profile is a great introduction to Paul Ryan and his politics. Starting in his hometown of Janesville, Wisconsin, it lays out the evolution of Ryan's economic beliefs, and his rise through the G.O.P – from his early affinity to Ayn Rand to failed attempts at privatizing Social Security, to his Path to Prosperity budget plan, which would make radical changes in Medicaid and other social programs. The article also looks at the ways that federal-funded projects have helped Ryan's hometown--and notes that Ryan's plan "would drastically reduce the parts of the budget" that are funding exactly these kinds of projects.

Ryan shines as GOP seeks vision, The Milwaukee Journal Sentinel, April 2009 A broad look at Ryan from his home-state paper at a time when Ryan's national profile was on the rise. Ryan discusses, among other things, how having gay friends led him to break with his party on a gay rights bill in Congress and his "real passion" -- bowhunting.

The Legendary Paul Ryan, New York Magazine, April 2012 A look at how the Republican party rallied around Ryan's "Path to Prosperity," putting the newcomer's fiscal agenda at the center of the 2012 presidential campaign well before voters had even chosen Romney as their Republican nominee.

On the paradox of Paul Ryan, The American Conservative, April 2012 What does Mitt Romney gain from Paul Ryan? Romney may be betting on a boost from conservatives who view Ryan as a hero for his aggressive stance on entitlements and federal spending, but as W. James Antle III points out, that may not be enough to win over grassroots conservatives. Antle writes that despite his anti-entitlements campaign, Ryan's voting record "more closely resembles that of the Republicans who have lost to Tea Party primary challengers than that of a ruthless government-cutter."

Man with a Plan, Weekly Standard, July 2012 The Weekly Standard's Stephen Hayes wrote a favorable profileof Ryan in July in the midst of veep buzz. The piece traces his entire career with a particular focus on how, in recent years, Ryan became "the intellectual leader of the Republican party."

How Important is Altas Shrugged author Ayn Rand to Paul's political philosophy?  The Atlas Society, April  2012 In a 2005 speech to the Atlas Society, Paul said, "The reason I got involved in public service, by and large, if I had to credit one thinker, one person, it would be Ayn Rand...you can't find another thinker or writer who did a better job of describing and laying out the moral case for capitalism." According to the excerpts and audio of his speech posted on the society's website, he also said that Rand was "required reading" for his interns and staff.  But recently, Ryan has said while he had read Rand's novels when he was young, his supposed obsession with her was "an urban legend." "I reject her philosophy," Ryan told Robert Costa at National Review in April. "It's an atheist philosophy. It reduces human interactions down to mere contracts and it is antithetical to my worldview."

A Closer Look at Ryan's Budget Roadmaps, The New York Times, August 2012 As part of an in-depth look at Ryan's polarizing House Republican budget plan, the New York Times highlights two studies of how the plan would affect Americans.  One, a long-term analysis by the Congressional Budget Office of some of Ryan's suggested changes to Medicare and Medicaid, found that, "Under the proposal, most elderly people who would be entitled to premium support payments would pay more for their health carethan they would pay under the current Medicare system." The other, a study by the Tax Policy Centerof the Urban Institute and the Brookings Institution, found that "the tax cuts in Paul Ryan's 2013 budget plan would result in huge benefits for high-income peopleand very modest—or no— benefits for low income working households."

What's Paul Ryan's foreign policy?  Foreign Policy, April 2012 While Ryan has a limited record on international affairs, he has spoken about everything from how to handle China (less hawkishly than Romney)  to getting cosier with rising powers India and Brazil. Foreign Policy's helpful overview says the overall picture that emerges is "a bit of a Rorschach test."  Ryan says the U.S. should stay deeply engaged-- "America is the greatest force for human freedom the world has ever seen" -- while he has also called for cutting funding for U.S. international aid.

Ryan is wealthy--but not by Romney standards. The congressman reported 2011 assets valued at between $2.4 and $9.3 million, according to an Associated Press report looking at his recently filed financial disclosure form. The money is spread in small chunks over various stock investments and in business interests in Wisconsin and his wife's home state of Oklahoma. You can browse his assets here(.pdf). Ryan also filed an amendmentto his disclosure noting that his wife's mother died in 2010 and the family gained interest in a trust worth between $1 and $5 million.

Paul Ryan's Shrewd Budget Payday, Daily Beast, June 2011 The website takes a closer look at mining, mineral, and energy holdings owned by Ryan -- primarily in his wife's home state of Oklahoma -- and how they would be positively affected by Ryan's proposed tax policies. A Ryan spokesman told the Daily Beast: "These are properties that Congressman Ryan married into. It's not something he has a lot of control over." The piece also reports that relatives of Ryan have received federal farming subsidies.

Paul Ryan has got plenty of friends on K Street, Politico, August 2012 A brief look at the friends Ryan his wife Janna have made on K Street in their years in Washington, among them former Ohio congressman Mike Oxley (of Sarbanes-Oxley fame), who is now a lobbyist for the Financial Industry Regulatory Authority (FINRA). Janna Ryan, a tax attorney, herself worked as a lobbyist for PriceWaterhouseCooper, the article reports.

Ryan's Unlikely Alliance with Organized Labor  Mother Jones, May 2011 Ryan's family construction business relies on union labor. "I grew up in organized labor," Ryan told the Milwaukee Magazine in 2005. "I have a lot of constituents who are in organized labor. I really do not have this 'us against them' mentality." As a congressman, Paul has worked closely with local union leaders and fought to protect the wages of construction workers. While many of his policy plans are directly opposed to what unions want, some unions have continued to support him. Over the course of his career, the Carpenters & Joiners Union has given him $57,500---only slightly less than he has received from Koch Industries, according to The Center for Responsive Politics.

Correction: This post originally said that the Mother Jones article was published in November 2012. It was actually published in May 2011.