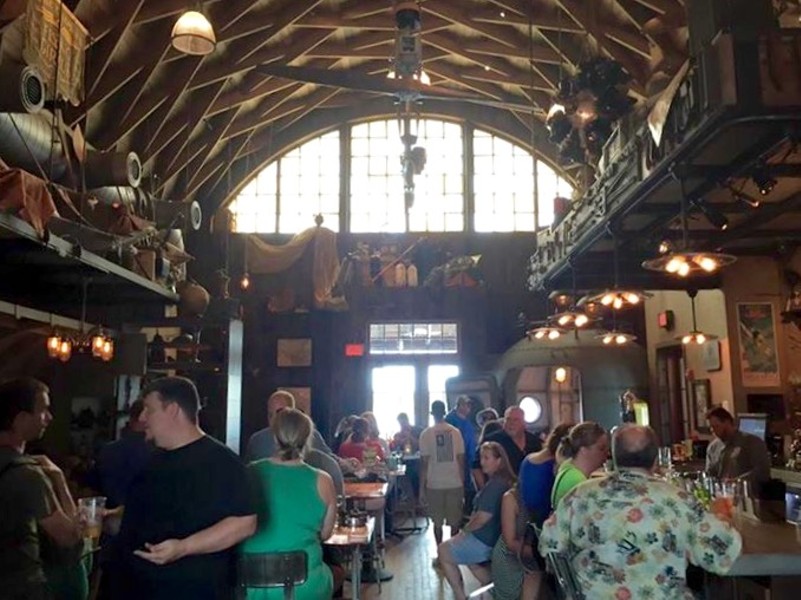 OPENINGS:Morimoto Asia opens Sept. 30 in Disney Springs. Also at Disney Springs, the Indiana Jones-themed Jock Lindsey's Hangar Bar has opened ... Peperoncino Pizzeria, by Peperoncino's Barbara Alfano and Danilo Martorano, has opened in Dr. Phillips ... After closing in Hunter's Creek, the All-Italian Market has re-opened on West Osceola Parkway ... Cork & Fork American Grill has opened on South Conway Road ... After a fire all but destroyed Huey Magoo's in 2014, the chicken tenders eatery has reopened on Alafaya Trail near UCF ... KrungThep Tea Time, a Thai tearoom and sandwich shop, will open soon in the former Big Cheese space near Spatz on Fairbanks Avenue ... Fuzzy's Taco Shop will open soon on Gateway Drive in Altamonte Springs ... Look for the Sanctum, a plant-based restaurant, to open in the former Blissful Café space at Ferncreek and Colonial ... The Social House will open in the former Friendly Confines space in Waterford Lakes sometime before the end of the year ... Wahlburgers opens in downtown Orlando this December ... Pepe's Cantina, home of the 2-liter margarita, will open in the former Mi Tomatina space in Hannibal Square Winter Park by mid-October ... Sicilian eats have come to Winter Garden: Catania has opened in the former Sweet Traditions Bakery space on Plant Street.

CLOSINGS: After five years, the vegan Raphsodic Bakery on Mills Avenue will close Oct. 23 ... After a failed health inspection in August, Whitewood Mediterranean Grill appears to be closed for good (but maybe not?) ... Abhiruchi Indian Cuisine on OBT has closed.