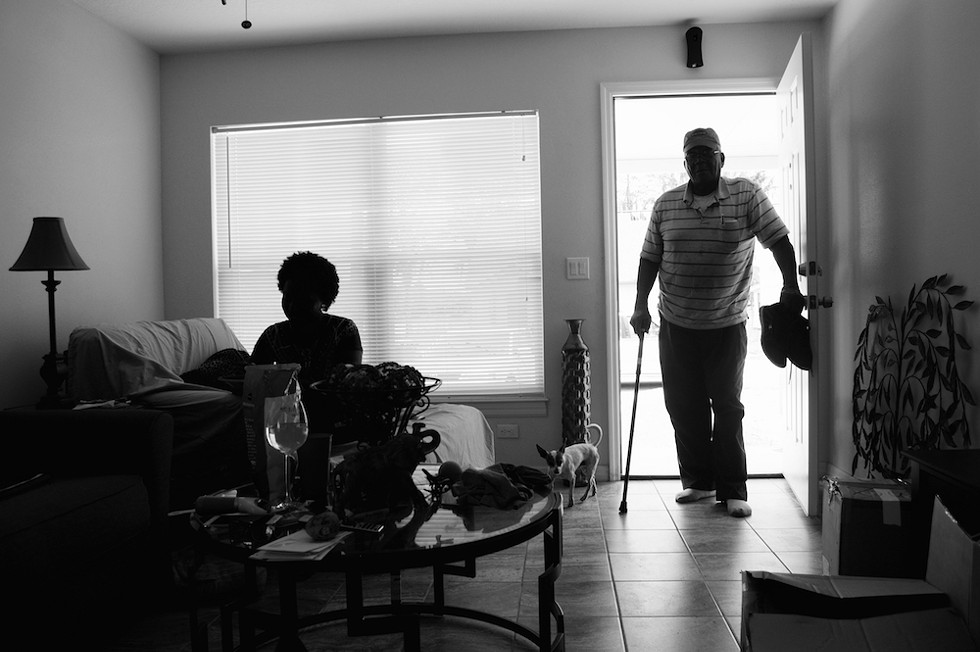 If you drive the stretch of West Kennedy Boulevard that runs through Eatonville, you'll get from one end to the other of the small municipality in less than 15 minutes. That's if there's traffic. The weathered buildings reflect the past of a town that has fought against history and won many times. The flow of pedestrians is constant, throwing a modern contrast up against the timeworn walls. The 2,200 residents of Eatonville are proud of their history. Their most famous dweller, author Zora Neale Hurston, cherished the town, and referred to it time and time again in her Harlem Renaissance writings; she credited her formative years to the time she spent in Eatonville.

Today, the place Hurston once described as "a city of five lakes, three croquet courts, three hundred brown skins, three hundred good swimmers, plenty guavas, two schools and no jailhouse" is shrinking. Bordered by bustling Winter Park suburbs, an expanding Maitland, and the fringes of OBT, the community, which has a poverty rate twice the national average, is in danger of disappearing into the surrounding landscape. Hurston herself worked to preserve its heritage. In 1939, she wrote the Florida State Director of the Federal Writers Project emphasizing the importance of Eatonville.

"There is still an opportunity to observe the wombs of folk culture still heavy with life," Hurston said in a letter to Carita Doggett Corse. "Recordings in Florida will be like backtracking a large part of the United States, Europe and Africa for these elements have been attracted here and brought a gift to Florida culture each in its own way."

Although Hurston is long gone, it's her legacy that drew Miami-based, Trinidad-raised photographer Johanne Rahaman to the township in her own mission to preserve the historic identity of Eatonville.

Rahaman is the photographer behind the archival series Black Florida, a modern photography archive that documents the day-to-day lives of Florida's black population.

"Zora Neale Hurston is the standard-bearer for a lot of what I do," she tells Orlando Weekly. "Eatonville is very special to me. It is a beacon for blackness. You can't talk about black self-sufficiency in America without talking about Eatonville."

The archive is striking in its intimate portrayal of Florida's black working-class communities. She travels the state, seeking out predominantly black communities in order to shed light on a population that is hidden in plain sight.

And yes, the Eatonville photos in the Black Florida archive expose a part of this region that many Orlandoans barely ever see. As well, Rahaman manages to capture Eatonville's vivacity despite its economic struggles.

"I show the other side," Rahaman says. "I show black joy. That is really important to me."

The images are almost revolutionary. These are positive portrayals of everyday citizens, living their lives fully and with abundant joy, without fear of judgment or exploitation.

The Eatonville portraits are intriguing modern portrayals of a community that has been predominantly black for over a century. In one, a woman with wild curls bursting from a stocking cap sits in a driveway gazing into the distance, lost in thought. Rich, dark, weathered hands, folded in the lap of an elderly man, fill the frame of another photo; history seems to run through the veins that traverse his leathered skin.

Rahaman's intent is to put black Floridians on display in a way that has never been done before.

Statistically speaking, Florida has the largest concentration of black Caribbean immigrants in the country, accounting for 40 percent of the overall population of West Indian diaspora (which includes Haiti, Jamaica, Dominican republic, the Bahamas, Trinidad and Tobago, and other island nations) residing in the U.S.

Eatonville reflects a different kind of cultural legacy. Even today 90 percent of its residents are African-American, a reflection of the founding population. The freed slaves who fought for the incorporation of the city were mostly respected by neighboring communities, and even owned businesses in the then-young city of Maitland. Some of these families have never left the area.

"Eatonville resonates with me every time," Rahaman says. "I get to meet people whose families have been there forever, and they're connected to the history of Eatonville. They're the people who came there to Eatonville because of what it represented, it's really special."

Despite the reality of the diversity of the black population of Florida, Rahaman feels that the state's blackness, not to mention the multiplicity within that blackness, is rarely surfaced.

"Florida is always positioned based on Miami and Orlando," Rahaman says, referring to popular portrayals of the state. "It's the party place, it's Latin, Miami is little New York. It's everything, but it's never black."

By exposing black enclaves to as many eyes as possible, Rahaman fulfills a dual role as archivist and artist. But even more than the artistic and documentary impulses it fulfills, Rahaman's work affords black Floridians the uplift that comes with visibility – a prominence long overdue. 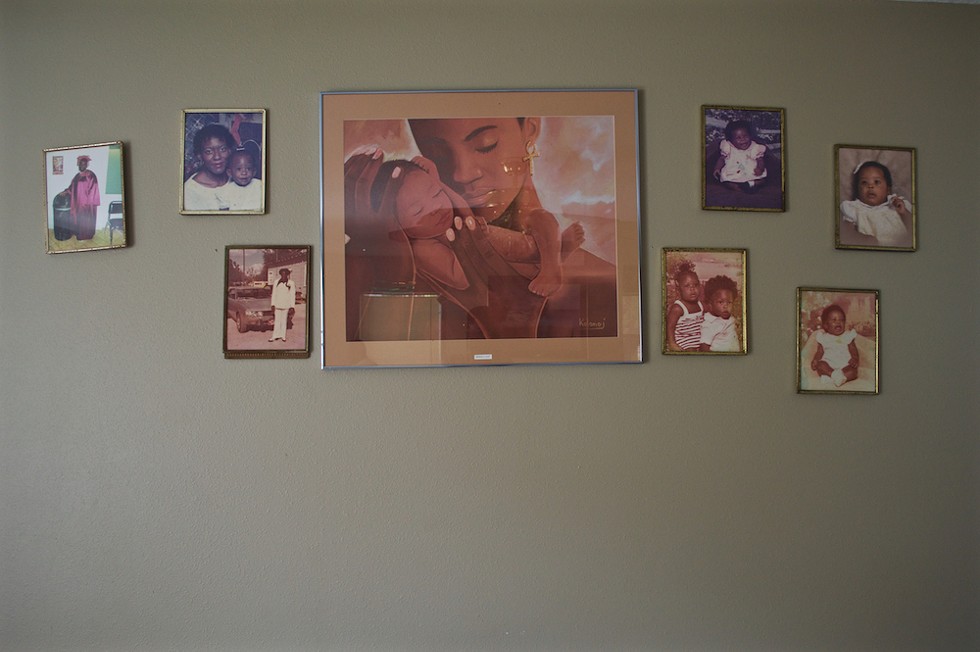 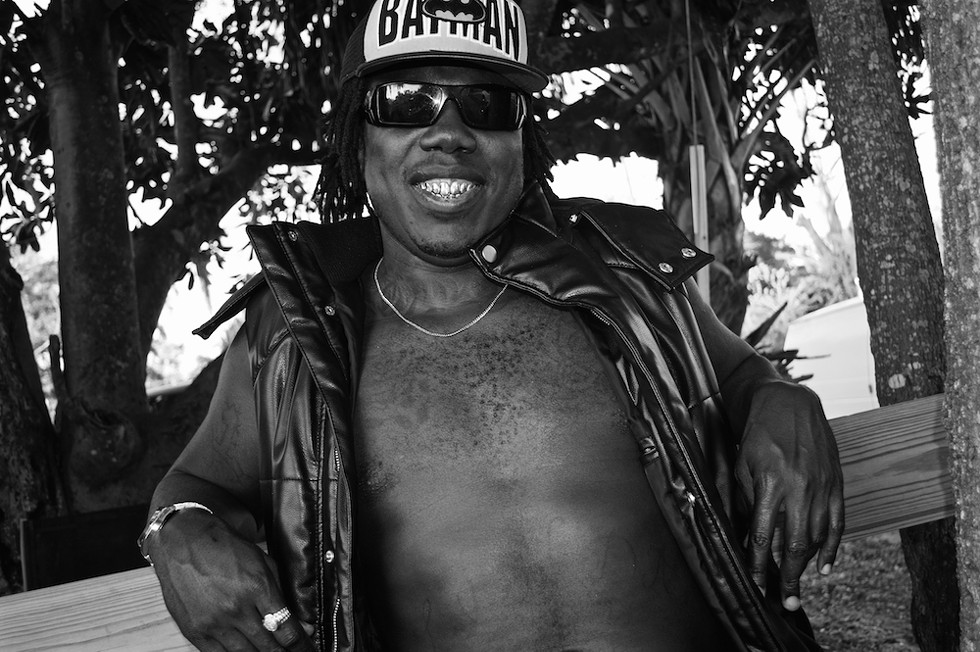 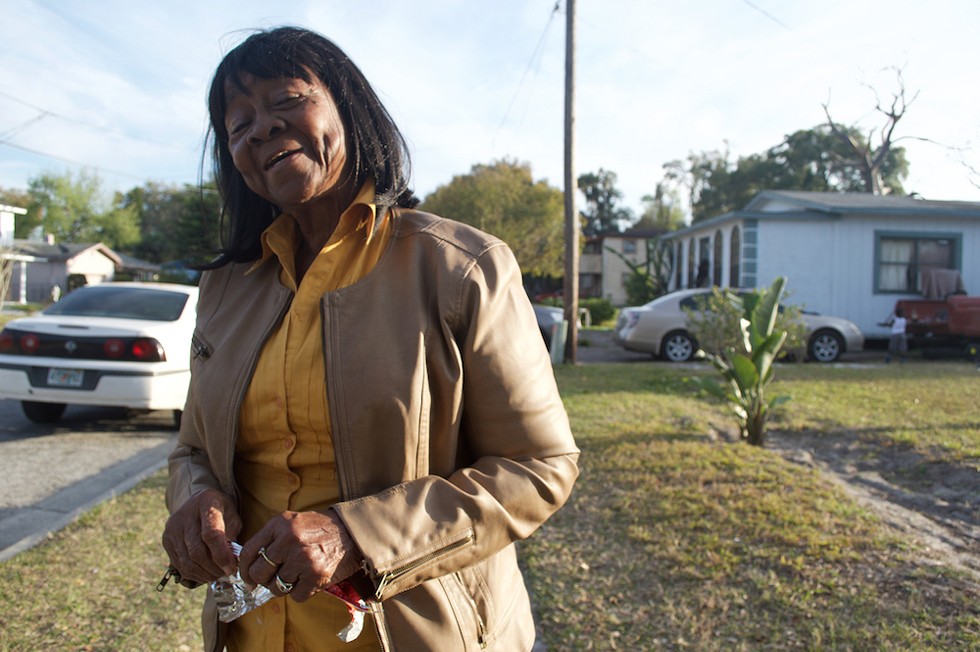