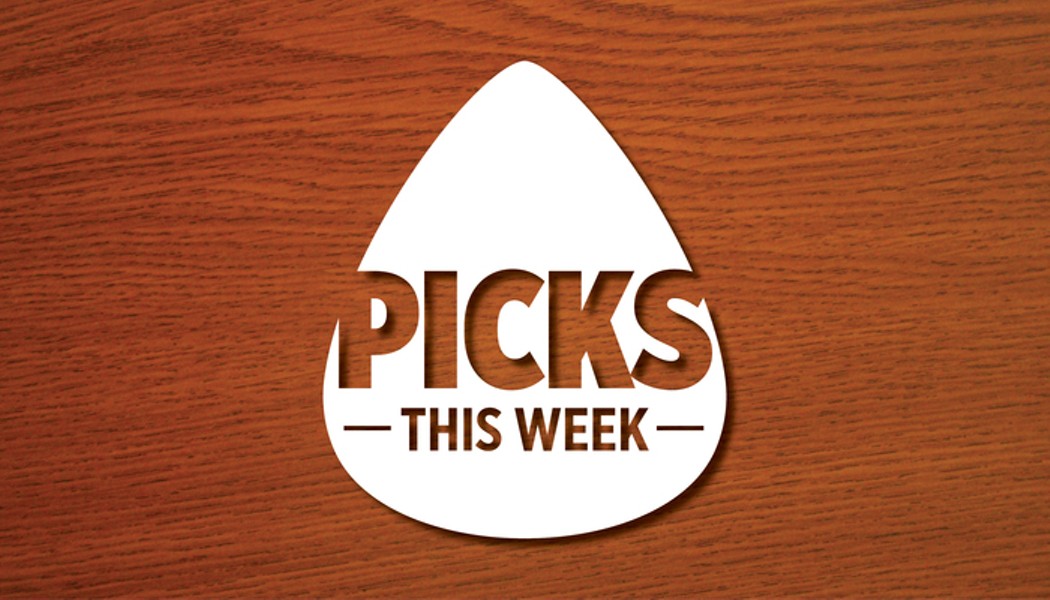 Crossover thrash pioneers D.R.I. have an aggressive hardcore punk style that's influenced a great many bands over their 30-plus years, cementing their legacy, so don't miss out. Bonus: Masked punks Awesome and the Ass Kickers are opening.
7 p.m. Thursday, Dec. 11, at Bombshell's Tavern, $15-$20

Austin's Greyhounds are true soul stirrers, as evidenced by their presence on the influential indie label Ardent Music, or for the more attentive, immediately upon your first listen to "What's on Your Mind?," the opening track on their 2014 album, Accumulator.
7 p.m. Friday, Dec. 12, at Backbooth, $10

Sweater Fest
With more than a dozen artists playing (17 total), including the Plush Monsters, Mojave Wilde, Fast Preacher, the Woolly Bushmen, Dromes and Fiona Trapple, consider the lineup a string of lights from our local scene. Read more.
7 p.m. Saturday, Dec. 13, in the Milk District, $5

Marc with a C's 10th Annual Holiday Show
Since this is the time of year to really count your blessings, why not spread the cheer and cuddle up with C at his 10th annual holiday show, where he’ll be singing his hits, plus some promised oddities, and even taking your requests. He rounded up special guests like Professor Shyguy and DJ RoboRob, and this is his last show with the Expansion Pack. Read more.
7 p.m. Saturday, Dec. 13, at the Geek Easy, free

The indie folk of Trampled by Turtles has the echoed, sweet vocal of contemporaries like Bon Iver, combining bluegrass' most beloved elements (banjo, mandolin, fiddle) to create compelling music that's been making waves since being featured on Deadliest Catch.
6 p.m. Sunday, Dec. 14, at House of Blues, $18-$33

Man Forever
Saying your work is inspired, even born from, Metal Machine Music, then, is a bold move, not to mention a fairly efficient audience-sorter. Kid Millions, drummer for Jagjaguwar psych stalwarts Oneida, credits the initial inspiration of his solo project, Man Forever, to a live performance of MMM. - Jessica Bryce Young Read more.
7:30 p.m. Monday, Dec. 15, at Will's Pub, $10-$12

This Brooklyn MC has been creating meaningful, soulful rap since 1995, and his latest, Around the Sun, maintains his underground reputation for greatness – check him atop a stacked local lineup including E-Turn & SPS and Mad Illz.
9 p.m. Monday, Dec. 15, at the Social, $10

Talk Yo Shit!: Festivus Edition
Don't be humming any carols – this anti-Christmas party features Fiona Trapple, Big Grape, Grant and Vsn Qst and encourages all to air grievances at the second trippy edition of TYS.
10 p.m. Tuesday, Dec. 16, at the Social, free-$5