A French action-thriller that can stand with the Scotts 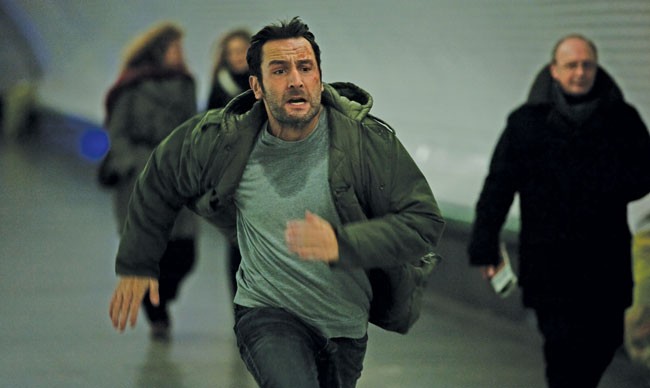 Here’s a fun import from France with American film language on its brain and modern bureaucratic distrust in its heart. It comes from writer-director Fred Cavayé, whose 2008 film Anything for Her was recently remade as The Next Three Days, starring Russell Crowe. That makes a lot of sense now that I’ve seen Cavayé’s work – in Point Blank, one pictures an intriguing vehicle for, say, Patrick Wilson’s everyman, and the film practically begs for Tony Scott’s touch.

Not that it needs him. Cavayé mimics Scott’s and others’ styles perfectly for a race-against-the-clock kidnapping thriller that pulsates with emotionality, criminality and an unlikely scenario – a male nurse (Gilles Lellouche) must break out an injured thug from his hospital bed, avoid the police and deliver him back to the bad guys or his pregnant wife dies – made terrifyingly difficult by a corrupt police force whose tangled webs of deceit often clash.

Lellouche fits the role perfectly: His raised brow and gym-neglecting physique make him instantly likable, a fact made even more enjoyable when he’s pushed to the breaking point. As the hospitalized felon, Roschdy Zem is, at first, wonderfully intimidating. As the movie progresses, and the duo’s fates become progressively more intertwined, they make for an odd couple with guns; their nearly wordless communication speaks volumes.

Best of all, Cavayé sticks to his bad guy/good guy universe while hinting at subcultures in between. In a bravura sequence, Zem’s character leaves Lellouche in the car or at a bar while he mixes and mingles with an underworld Lellouche can barely imagine. We see the same glimpses he does – a handshake here, a nod there – but are never immersed in those dark alleys. How refreshing to encounter a film that keeps its own secrets.