Point of no return

Florida’s Syrians and Libyans organize for change in their home countries, even if that means never going back 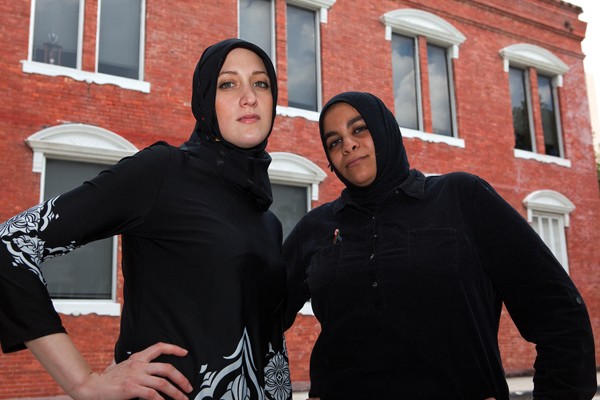 It was near the end of April when Dena Atassi, a 26-year-old Syrian-American teacher and Orlando resident, posted a graphic video to Facebook. “Watch Syria’s Secret Services dressed like street thugs as they get ready to beat peaceful protesters to a bloody pulp,” she wrote. “These devils will get what’s coming to them – maybe not from the Syrian people, but from the Lord who created them and the people they unjustly harm."

Atassi’s post was not remarkable for its content – since the pro-democratic Middle Eastern revolutionary wave, dubbed the “Arab Spring,” spread to Syria in mid-March, countless videos of government violence against protesters have surfaced online. What was remarkable was that Atassi – who was born in Florida but spent five years of her life in Syria – had broken with her family’s long-standing policy of keeping her feelings on the Syrian government to herself. Her father is an exiled dissident who arrived in Florida in 1978, and Atassi is convinced that the Syrian government has been monitoring him since at least 1980 – the year a former neighbor in her family’s hometown of Homs was tortured by the Syrian military and gave the authorities her father’s name, along with four others, during an interrogation. Twenty years later, Atassi says, a colleague with connections to the Syrian government notified the Atassi family that the regime knew her father had built a mosque in Orlando because the information was in his file.

To demonstrate the fear that the Syrian government can inspire even thousands of miles from Damascus, Atassi recalls the story of one Syrian exile in Florida who spent a Fourth of July “trembling by the front door with a rifle in his hand,” while his three kids hid in a closet, because the man thought the sound of exploding fireworks would provide ample cover for an assassination attempt.

But today Syrians within Syria proper are now openly defying the Assad family, which has ruled the country for more than 40 years – it’s reported that more than 1,500 people have been killed by government forces since the uprising began in March. It wasn’t long after protests picked up momentum that Syrians began challenging family and friends overseas to support the revolution. This message sent to Atassi via Skype on April 25 just about says it all: “If the people in Syria are going out [and protesting], then why are the ones outside [of Syria] scared???”

As a result, like many other Americans of Middle Eastern descent in recent months, Atassi has become a telecommuting activist of sorts – she says she puts in an average of six hours per day “working on Syria.” This includes translating first-aid tips into Arabic (she had noticed from YouTube videos that some protesters didn’t know to put pressure on wounds), organizing rallies and fundraisers, and getting the latest developments in Syria from a distant relative in Dubai who smuggled 150 smart phones to key organizers in the country. Atassi is convinced that the Syrian government is too busy with dissent within its own borders to worry about her activities in Orlando – she notes that Syrian jails are now so full that the government has reportedly used soccer stadiums to house protesters.

But the decision to come out of the dissenter’s closet is not without sacrifices: Like other Syrian-Americans who have spoken out against the crackdown, Atassi says she cannot return to Syria until – or unless – the Assad regime is toppled, given that she’s created a traceable record of her opposition. “They’d torture me, for sure,” she says. And there’s also the lingering fear that those still living in Syria could be hurt in retaliation for her activities. Though Homs is Syria’s third-largest city, with an estimated 1.5 million people, and though “Atassi” is not an uncommon name in Syria, she is still hesitant to reveal details about her family living there. It’s a fear familiar to many Syrian-Americans, such as Reem Al-Nahhas, a recent graduate of the University of Florida who lives in Panama City, Fla., and also has family in Homs.

“When we talk to [our family], and they’re telling us what’s going on, we have to speak in code,” Al-Nahhas says. “So it was really shocking for me to speak to my 7-year-old cousin, and she was telling me [about Syrian army helicopters], and she was like, ‘Yeah, we were playing outside and these birds started flying, these three birds … so we had to go inside.’ I was a little confused, and then I was talking to my aunt, and my aunt was like: ‘Yeah, birds. You know: birds.’ And I was like: ‘Oh.’”

Syrian-Americans like Al-Nahhas and Atassi have had to reconsider their friendships – real and digital – in the aftermath of the uprising. “For the Syrians who are active, we don’t, and we can’t, trust each other,” Atassi says. She gives the example of a friend who posted anti-Assad slogans on Facebook immediately after the first protests broke out in Syria. “She started so unbelievably early being expressive against the regime … to me, it almost felt like nobody would speak up that early, publicly, unless that they knew that they were safe,” Atassi says. “A lot of Syrians have made deals with the government: ‘Let me say whatever I want, and I’ll give you names of people who are agreeing with me.’”

On the other hand, Atassi has allied herself with locals hailing from other Middle Eastern countries in the midst of revolution. One such Orlando resident is Wafia Sayf, a Libyan-American who works at a community college and says she devotes nearly all of her spare time to the Libyan issue. For her, this means orchestrating humanitarian relief for Libyan refugees overseas, arranging financial support for Libyan college students in Central Florida impacted by the freezing of the Libyan government’s funds and spending hours on online comment boards “rectify[ing] some of the assumptions people may have about the revolution.” Sayf raises money partly through the website libyagear.com, which features pro-revolutionary T-shirts and other goods, many of them branded with the date Feb. 17, which is when the Libyan uprising against the government of Col. Muammar Qaddafi began. She says the money is directed fully towards humanitarian relief. With the aid of activists in Georgia, Kentucky and Ohio, for instance, Sayf recently arranged for a semi-trailer full of toiletries to be shipped by sea to Tunisia, a neighboring country to which some Libyans fled after Qaddafi’s forces laid siege to their towns (and also where the Arab Spring began in December of last year).

Sayf and Atassi met in 2005 through the Muslim Student Association at Valencia College, but the two only became close after revolution spread to their respective countries. Sayf has felt more at ease in speaking out than Atassi, given that Libya is already in the midst of an all-out civil war and that many of Sayf’s contacts are within the rebel capital, Benghazi. Sayf helped organize the pro-democracy rallies which were visible every Saturday at Lake Eola for nearly three months after Feb. 17; the first protests encouraged the adoption of the NATO “no-fly zone” that was implemented in mid-March to aid the struggling rebel fighters. “They’ve lived in 42 years of what we call pure hell,” Sayf says.

What Sayf and other Libyan activists find disheartening is the opposition of fiscal conservatives and anti-war leftists to military intervention. The views of the latter group are well-represented by Students for a Democratic Society, a political activist organization at the University of Central Florida. “It seems pretty unwise to get involved in a third military conflict when we are cutting so many social programs,” SDS member Austin Smith writes in an email to the Orlando Weekly. “Furthermore, though the Libyan regime is terrible, the U.S. getting involved already stinks of installing leaders and officials with connections to the CIA and U.S. interests.”

Another obstacle to pro-democracy organizing for both Syrians and Libyans is the silence from the American Muslim community, which has generally shied away from public political discussion since 9/11. Imam Muhammad Musri of the Islamic Society of Central Florida says it would be inappropriate for his organization to back the protestors in Libya and Syria, given that both countries’ regimes are secular and have not invoked Islam in justifying their respective crackdowns. “The most we can do is really pray and hope that God will intervene and protect the innocent civilians and bring about change peacefully,” Musri says.

Conversely, Dena Atassi invokes the same religion to justify her activism. “Either we join [the movement], or we’re going to have to answer to God on Judgment Day for why we didn’t do anything.”