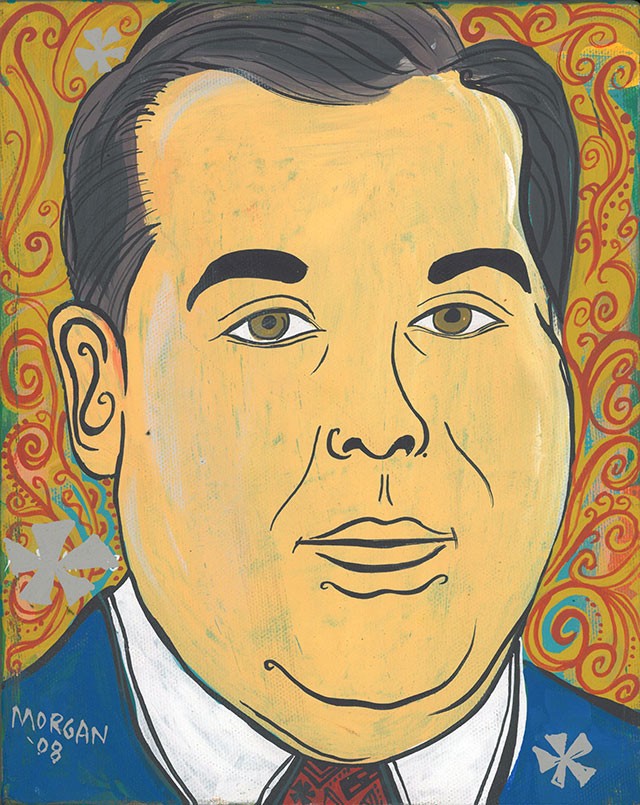 We can’t say we weren’t a littlesuspicious (paranoid?) when it was announced earlier this year that erstwhile Democratic political operative – and friend/employer of party-hopper Charlie Crist – John Morgan signed on to be the face of medical marijuana in a Florida petition campaign. Though we’ve known Morgan for years (and named him “Best Weed Vendor” in this year’s Best of Orlando issue), it wasn’t too hard to draw late-night psychotropic trails connecting Morgan’s political clout, Crist’s blind ambition, the effect of a weed vote on youth voter turnout and, uh, that pipe on our coffee table. Dude, conspiracy: Morgan’s only doing this to get Crist elected!

Well, that’s what conservative/libertarian/crazymaking political consultant Roger Stone alleged last week when he took to his blogging machine to declare “Morgan’s Phony Scam Exposed.” According to Stone (who is friends with Donald Trump and might be running for governor himself as a Libertarian), he was all for the People United for Medical Marijuana movement, right up through Morgan’s publicity leap; that is, until he felt like he had been shut out of the whole thing and felt the need to expose it all online. Among Stone’s accusations: Morgan is fudging about his financial backing, the liberal group is avoiding bipartisan calls from interested Republicans, the language of the potential amendment is too weak to ensure enforcement by a conservative legislature, anybody who isn’t backing Crist isn’t welcome. In other words, the whole thing’s a sham, so long as it’s not Stoned.

We reached out to Morgan for comment, but didn’t hear back by press time. Morgan has previously addressed the issue with the Tampa Tribune, though, saying that he was into the weed before he was into Crist. Also, PUFMM campaign manager Ben Pollara told the Miami Herald that everything Stone is alleging is “untrue,” adding that “Roger is a complicated character, as you know,” nudge nudge. Pollara also counters the key complaint lodged by Stone regarding the enforceability clause of the amendment, specifically the part about what to do if the Legislature doesn’t comply and set up dispensaries should it pass. Pollara says that the language does address that, giving the Legislature just a nine-month window to do so before they can be overridden by a physician (not sure how that works, though). Also, at least one of the conservatives Stone alleges has been neglected in Morgan’s wake flatly denied that claim to the Herald, pointing to “Roger’s heightened sense of imagination and hubris.” Ouch.

All smoke, no fire, then? Awesome.