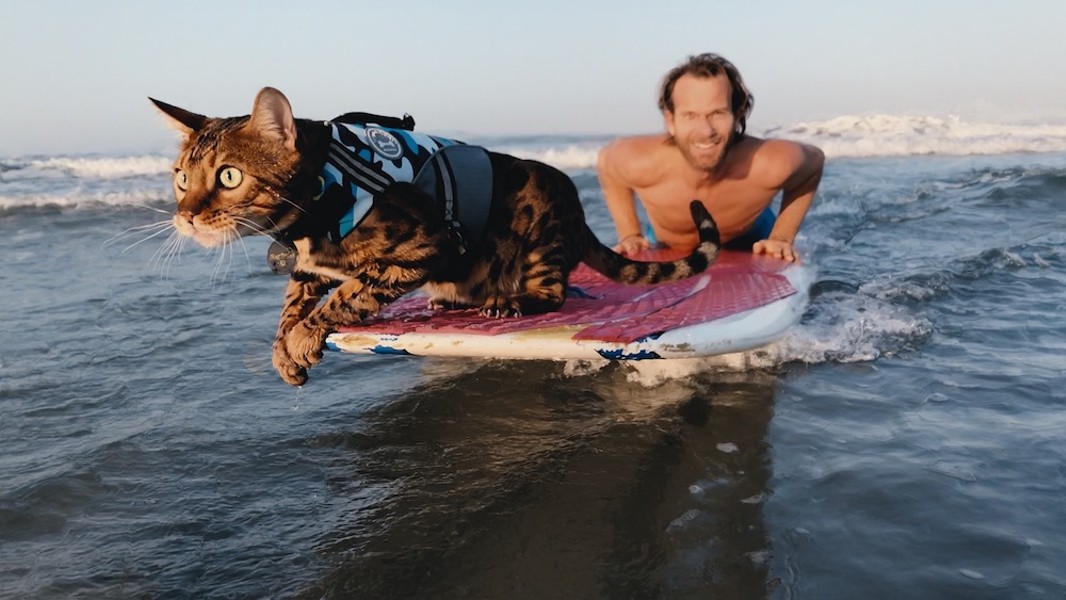 Premieres Wednesday: Cat People; Dogs Season 2 — Which of these two series about hard-core animal lovers you binge will depend upon your own preferences for nonhuman companionship. But come on, somebody else out there has to be waiting for a salute to Komodo dragons! (Netflix)

The Mire: '97 — In the second season of the Polish crime drama, the mystery of a drowned child is at the center of eight decades' worth of sleaze. Stateside, we call that "going for the Jesse Helms record." (Netflix)

Major Grom: Plague Doctor — Two cops chase down a masked killer in a Russian-made flick that some critics back home have called reactionary, authoritarian and ... never mind, they've just been poisoned. (Netflix)

This Little Love of Mine — Australia sends us a romcom about a lady lawyer who returns to the tropical island of her birth. Working title: Sweet Home Prison Colony. (Netflix)

Elize Matsunaga: Once Upon a Crime — Learn about the case of spousal murder that stunned Brazil — but only because it was the wife offing the husband for once. (Netflix)

Gossip Girl — A new generation of spoiled Manhattanites dances to the tune of the anonymous rumor-monger. If they're so privileged, how come they're the only ones who don't know it's Kristen Bell? (HBO Max)

Resident Evil: Infinite Darkness — The umpteenth entry in the biohorror franchise is an anime series that puts zombies in the White House. But isn't that the Chamber of Commerce's job? (Netflix)

Son — A mother takes drastic measures to save her child from would-be kidnappers and a catastrophic illness. Seriously, the things some people will do for a tax deduction. (Shudder)

Premieres Friday: Atypical — Our autistic protagonist moves out of the house and off to college in Season 4. Since Michael Rapaport plays his dad, I'm kind of hoping for a heartfelt exhortation to "Pack your shit and go!" (Netflix)

Biohackers: Season 2 — In six new episodes, medical student Mia tries to solve the mystery of her own disappearance. And when she figures it out, maybe she can help Jewel! (Netflix)

The Cook of Castamar — Eighteenth-century Spain is the setting for a series that depicts the romance between a cook and a widower. If there's a second season, maybe we'll meet the thief, his wife and her lover. (Netflix)

Fear Street Part 2: 1978 — The second part of this R.L. Stine trilogy sets a psycho killer loose at a summer camp. Wow, and just one year before Bill Murray could have put a stop to the whole thing. (Netflix)

Lee Su-geun: The Sense Coach — For his first foray into stand-up, the South Korean comic tries to help his audience solve their problems. As opposed to American comics, who just add to them. (Netflix)

Luxe Listings Sydney — In six fascinating installments, learn why Australian real-estate agents are the best in the world: They can even sell houses where the toilet flushes the wrong way! (Amazon Prime)

Virgin River: Season 3 — Closing out a week that's heavy on romance, the hit series brings us 10 more chapters in which the yearnings of the heart are complicated by death, divorce and natural disasters. Boy, talk about finding four different ways to say the same thing. (Netflix)