R&B pioneer Maxwell on music, race and his next album

All I see is love 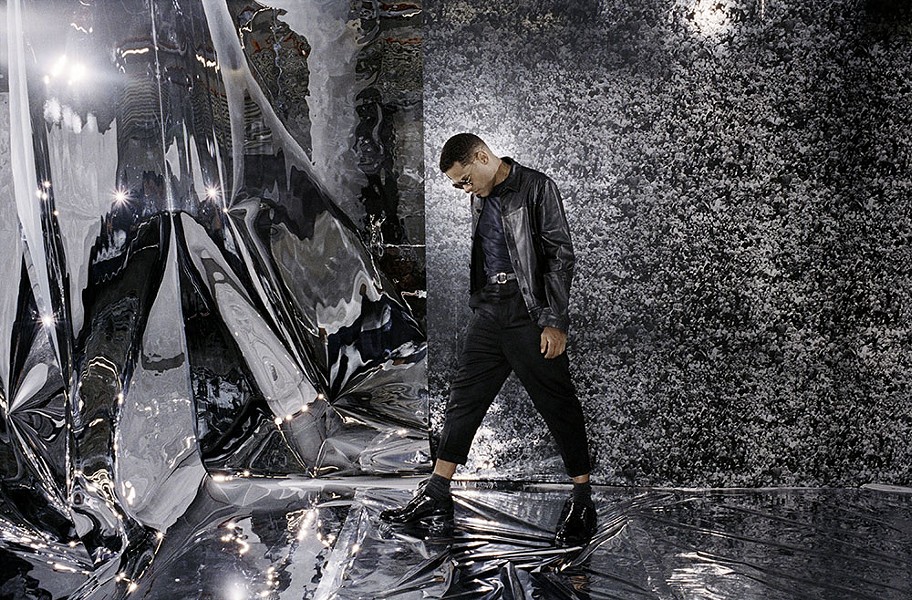 There are things in this world that only improve with age. The musical career of neo-soul pioneer Maxwell falls neatly into this category. After a seven-year hiatus, the singer who is widely credited as one of the front runners of contemporary R&B and neo-soul is back again with new music, a new 'do and new ideas. Orlando Weekly caught up with Maxwell a week before his show at the Dr. Phillips Center to talk music, politics and what the future holds for the proverbial playboy.

Maxwell has been resting easy since his voluntary departure from the limelight. He reappeared briefly in 2008 at the BET Awards, taking the stage during an Al Green tribute with a fresh single and a fresher haircut. The singer's mane was as recognizable in the mid-'90s as his music; when he took to the stage without the long wild locks and thick sideburns that fans had grown accustomed to, it was clear both Maxwell's look and music had matured as he reached his 30s.

In summer of 2009, Maxwell released BLACKsummers'night (known as BLACK), which received widespread positive feedback. Following the success of the album and its four singles, many expected Maxwell to remain in the public eye and pick up his career where he left off. But no: The singer proceeded to do the exact opposite, quietly slipping back into anonymity.

And then, earlier this year, Maxwell unexpectedly released a new single, "Lake by the Ocean," his first since 2008. BLACKsummers'night is the first work in a trilogy of albums. After the signal appearance of that single, the second installment, titled blackSUMMERS'night (aka SUMMERS) was released on July 1. The album release coincides with an international tour.

Where BLACK was soft, SUMMERS is bold. Maxwell describes the album as a more upbeat follow-up to the first installment. "It's fun, it's hot, it's dance," he says.

He draws from his life experiences and speaks often of the musicians who have influenced him. While Maxwell ultimately hopes to achieve a sense of timelessness with his music, he doesn't believe that he has earned that title just yet.

"Timelessness isn't about being a sex symbol," he explains. "It's about enacting social and economic change. It's about asking, what does being an African-American mean? What does it mean to be black? To be a man?"

On race in America, Maxwell has his reservations. "I'm troubled by the things I've seen," he admits, commenting on some of the recent high-profile incidents involving racial discrimination. The singer credits these experiences and more as inspiration when crafting his music. In blacksummers'NIGHT (aka NIGHT), the upcoming final album of the three-part series, Maxwell hopes to give fans an inside look at how the he views the world.

"It will probably be more sensual [than SUMMERS]," he explains. "But there will without a doubt be a political slant to it."

He reassured us that his intention is to inform and express, not to influence. "I didn't want to be too heavy-handed," he asserts. "I'm not a lecturer. I think Marvin did it best, Bob Marley did it best. They were almost like newspaper albums. They just laid it all out and let the fans come up with their own opinions."

After 20 years in the industry, Maxwell has maintained his musical integrity without compromise. The secret, he says, is staying true to your identity: "I do what I do, because I do what I do. If I were trying to appeal to a younger audience, I'd be talking about all kinds of crazy stuff. ... I'd be this person on a wave and I don't want to be that."

"It definitely won't be seven years," promises Maxwell, in reference to NIGHT's release date. "I don't want to be 50 when my next album comes out," confesses the artist, who is currently 42 years old.

Fans can easily keep up with Maxwell as he embarks on his tour and wraps up the final stages of production for blacksummersNIGHT. He's an avid tweeter, and his Instagram profile is borderline-artistic. He's excited about gracing the stage at the Dr. Phillips center come Aug. 3, and is very optimistic about his visit to the City Beautiful.