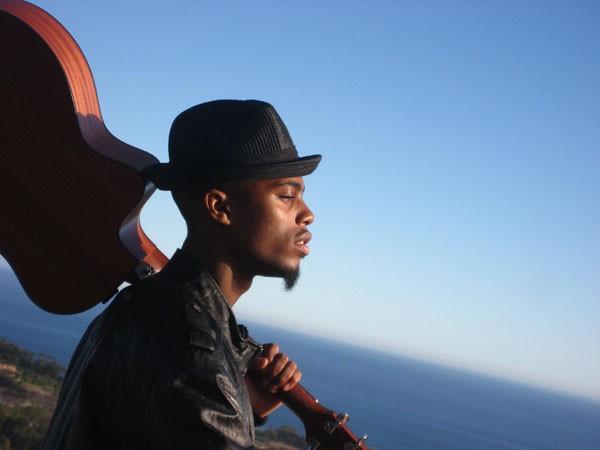 “You all created me. I’m just an element of your imagination.” The Atlanta-based rap star, B.o.B., who begins an out-of-the-ordinary run of four shows in three weeks on Friday, April 15 – all at Universal Studios Orlando – offers up his gratitude to his fans. It’s an apt sentiment: The 23-year-old has graduated from dwelling in the mire of the mixtape-rapper scene to collaborating with mainstream figures like Paramore’s Hayley Williams, Bruno Mars and Weezer’s Rivers Cuomo. It’s an upward move that casts B.o.B. as a modern phenomenon. In another era, those collaborations would have seen him castigated by his hip-hop peers as a sellout – someone prepared to pander to the pop world in a blatant bid to score more sales. Not anymore. B.o.B. is a symbol of the times and a mirror of an iPod-propagated playlist culture defined by cross-genre commingling.

It wasn’t always that way. Born in North Carolina but schooled in Georgia, B.o.B. first grabbed a modicum of attention with 2007’s “Haterz Everywhere,” a song cut with Orlando rapper Wes Fif and produced by Atlanta’s Ribah. Stylistically, the production adhered to the trap-rap template with which T.I. rose to fame, while giving a nod to the rave-rap trend to come.

“That was the first song that really kinda popped with me and got me into the club scene,” he says. But it only got him into clubs where people already wanted to hear rap.

It’s what B.o.B. did next that elevated his career beyond that scene. Instead of following the aspiring-rapper party line and flooding the Internet with free mixtapes, hoping that a higher-profile rapper would co-sign his talent, B.o.B. started to flirt with a pop aesthetic. His 2008 track “Don’t Let Me Fall” opened with a rolling piano riff and was hooked around an emotive, sung chorus embellished by a shimmering wall of guitar fuzz that any female pop-rocker would be proud to warble over. It was less a single than a statement about B.o.B.’s new direction. With the release of his debut album in 2010, his pop ambitions were writ large.

Titled The Adventures Of Bobby Ray, the album was notable for its heavy reliance on guest artists singing poppy choruses. (Featuring B.o.B ... was the alternative-title running gag in reviews.) Bruno Mars’ extended hook on “Nothin’ On You” is layered over a track possessing the texture of a pop song; “Magic,” featuring Cuomo, comes across as infernally twee if you’re expecting “Haterz Everywhere Part 2” – but it sounds like a seamless fit for daytime radio’s drive- in segment.

Aligning B.o.B. with pop royalty was a decision that paid off. While his one-time peers such as J. Cole (still yet to release an album), Charles Hamilton (dropped from Interscope records) and Asher Roth (never recovered from tweeting about “nappy-headed hoes”) saw their careers flounder, B.o.B. watched his album debut at No. 1 on the Billboard 200 chart. He went on to score Grammy nominations for “Nothin’ On You” and an MTV Video Music Award for “Airplanes,” which featured Williams, whom B.o.B. says he always wanted to work with but he didn’t actually meet until they performed the song together live. Regardless of whether the direction was due to B.o.B.’s own artistic intuition or the canny molding of his talent by the Atlantic Records machine, the idea of bolstering a rap project with an overt pop sheen resonated strongly with fans.

Crucially, the success of The Adventures Of Bobby Ray doesn’t so much suggest that hip-hop’s old mantra of “keeping it real” has been replaced by an embrace of selling out, but that the definition of what it is to be a “real” or authentic hip-hop artist has been altered within B.o.B.’s generation. There was a time when even hip-hop’s most pop-friendly acts set themselves against the mainstream music world: Salt-N-Pepa, DJ Jazzy Jeff & The Fresh Prince and Kid ‘N’ Play all boycotted the Grammy awards in 1989 after feeling that hip-hop wasn’t given enough respect. Those days are gone. Now, rappers don’t just want hit songs, but want to be part of the pop scene – even if, like B.o.B., it takes performing on stage with Hayley Williams and Bruno Mars to get a spot at the VMAs.

This change in mentality befits an era where listeners swaddle themselves with masses of music every day and rarely stick to the confines of one genre. The iPod of even the hardest-headed hip-hop fan is unlikely to consist of 160 gigabytes of just rap music. That’s not the way we consume and process the seemingly never-ending streams of sound these days. B.o.B.’s own iPod backs up this idea. He says that its contents are “very diverse” and “filled with different music.” (Asked for the most bizarre song on it, he cops to Alvin and the Chipmunks’ Christmas album, laughing, “I don’t know how it got on there, but it’s there!”)

Being guided by popular taste is an approach that B.o.B. plans to carry through to his second album, which he’s currently recording and promises will feature another slew of guest artists.

“You never know where the music will go,” he says. “The sound of today may not be the sound of tomorrow.” In B.o.B.’s case, he’s putting faith in the power of popular collaboration to take him there.