Reader's Choice: The top dog in our online poll, Hamilton

We asked readers to comment online and tell us which dogs they thought should win our cover model contest. Here's the top vote getter.

This is Hamilton, aka Ham aka the Great Hambino aka Hammy Sosa aka Hamuel L. Jackson aka Jean Claude Van Ham. He's a French bulldog. Hamster is a poster boy for the city of Orlando. He's a huge Magic fan and can be seen hanging with his furry friends downtown, in the Ivanhoe area and around College Park on any given day. On numerous occasions I've caught Ham taking selfies in the mirror for his Snapchat, perfecting his poses and waiting for an opportunity just like this.

Hammie is just a pup, and is in the process of mastering many crafts, including but not limited to sit, lay down, shake, do my taxes, build playgrounds for charity and deliver subs for Jimmy Johns. His best trick, however, is the fact that he can steal the attention of any woman with the flick of his ears. Oh, yeah, also sleeping. He's really good at that. 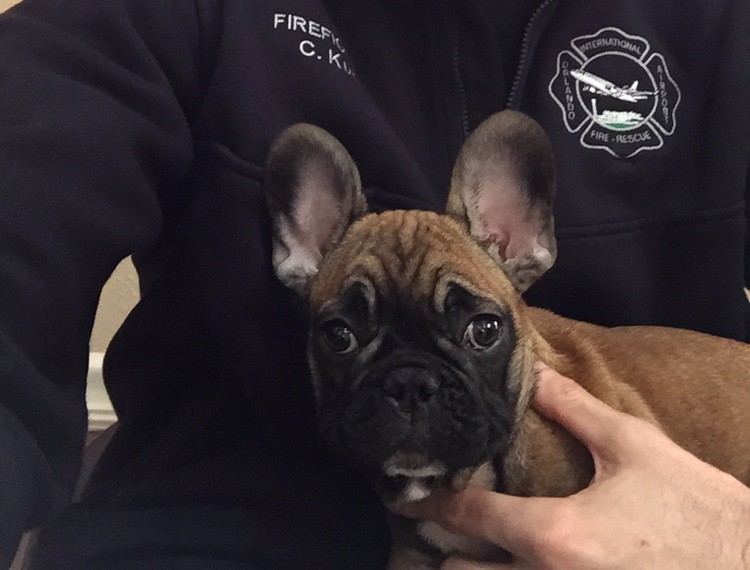 Hambo is a socialite. He loves spending time on Wall Street at the Other Bar with his favorite bartender, Katie J. He's also a huge fan of brunch at the Hammered Lamb, where he isn't scared to make a day of mimosas on the patio.

Hammer feels the love 24/7. Whether it's a daily trip to the mailbox with Mom or cruising  in Dad's truck, he's never having a dull day. Little fella is never left without an arm or leg to cuddle on. It's a proven fact that Hamborghini is a better cuddler than your boyfriend or girlfriend. He takes over the couch and the blanket because he knows he can. And you'll love every second of it. Just beware of his farts.  – Chris Kuhl