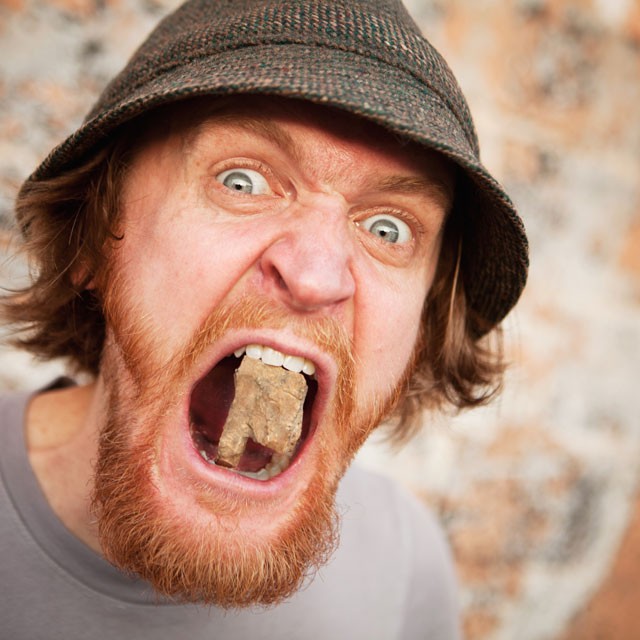 Punk rock first brought Eric Gebhardt to Orlando. It was also his formative spark. "That's what turned me on as a kid, the first thing that really cranked my tractor," says the 34-year-old Gebhardt. But a torrid whirlwind through this city's underground would connect his deepening understanding of music genealogy to the traditional seeds of his childhood, ultimately taking his sound full circle and delivering it under the name Red Mouth.

Even though he'd been in a couple punk bands (The Throwaways, Riot City Carnival), he was in Alabama's Quad Cities area, deep in the legendary shadow of Muscle Shoals. "Growing up in this area, all you ever hear about is Southern soul and shit," he says. "At the time, I was so into punk rock, like, I didn't give a fuck about what happened here. It just seemed like a bunch of old farts, and everybody was just so nostalgic for the old days. It was just suffocating."

So after high school, he moved to Orlando where he co-founded the Studdogs in 2000, a local blues-soaked punk band that achieved national prominence. But through the maelstrom, the urge to cultivate his own voice still simmered. "Anybody that remembers the Studdogs down there knows we were insane, and we were getting along less and less," Gebhardt says. "I always had bigger visions than just being a straight-up, balls-out rock & roll band, which I don't mind being by any stretch of the imagination. … Punk rock was just the first musical vessel that came along that turned me on, made me excited and felt like I could get out and do it."

Gebhardt had always had designs on doing solo records. "And I actually did record one while I was in the Studdogs that we sold at shows," he says. "I think I maybe sold three of 'em."

Although it came via the rock & roll he was doing, the blues - along with the roots, honky-tonk and gospel music he grew up with - is what ended up being a central influence on Gebhardt's solo perspective. Now, as Red Mouth, he's known for his raw, captivating hash of American forms that, though steeped in traditionalism, is anything but orthodox. As if blues and country had been smeared by some punky outsider hobo, it's grainy, woozy and alternately possessed and crazed.

Live, even solo, Red Mouth can seize a room. To make full, purposeful use of his limbs, he uses a microphoned wooden platform - a portable porch, essentially - for his stomps. "A lot of drummers, when they see me, they're amazed by it because when we mic it - just the way it's built - it makes a real tight bass drum kind of sound instead of too large, too open," he says. "And when I get my legs a-flailing … you can hear the sweeps of my feet."

Although not as complete as his backup in Alabama, Red Mouth will perform with a full band this time through - something seldom seen outside his native vicinity - with his regular guitarist from home (Cheap Thrill DeVille's Patrick Billingsley) and local drummer Dana Fasano.

Perhaps a testament to Red Mouth's fringe cred is that his biggest critical and public reception outside his regular tour stops has been in Europe, especially Estonia, of all places, where he's been in chart-topping videos. "They're always wondering, 'What the hell is this American doing yelling and stomping at me,'" he laughs. "But they appreciate it, you know? Here, you show up and do that in America, and people are just like, 'Ugh, this is not cool, I didn't read about this in whatever magazine.' And in Europe, they're not like that."