Authors, artists and activists band together in panels presented by Bookmark It and the Center for Earth Jurisprudence 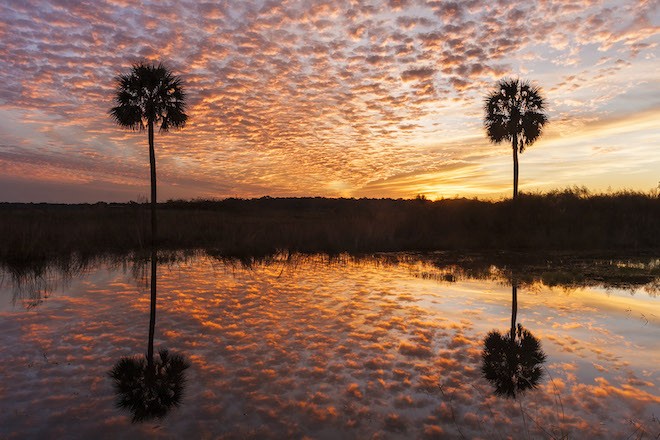 When you think of the crimes against nature committed in the name of civilization – deforestation, pollution, animal extinction – it almost seems the earth needs a lawyer of its own to protect it from man’s depredations. In a way, you could look at the Center for Earth Jurisprudence as nature’s own legal defender. Based at Barry University School of Law, the Center for Earth Jurisprudence is part of the Rights of Nature movement, an alliance that seeks to change laws that see land and water as simply property, instead granting all ecosystems (not just humans) legal rights and acknowledging the premise that nature has inalienable rights.

“After 40 years of implementation of environmental rules,” the Center points out on their website, “ecosystems across the planet are as near or still closer to critical tipping points as before.”

One way the CEJ contributes to this movement is by sponsoring events that raise awareness of the extraordinary ecological crises of the 21st century, partnering with extant cultural organizations in the community. One such event is the upcoming Reflecting Florida: How Agriculture, Art and Activism Shape Our State, a day of free panels and book sales culminating in a ticketed reception to raise funds in support of the League of Women Voters of Florida and Florida’s Water and Land Legacy Yes on 1 campaign. (Amendment 1, of course, is the 2014 ballot proposal seeking to direct one-third of already existing real estate sales fees collected by the state to protect wildlife habitat and preserve water quality.) At the benefit reception, Belleville will read from his latest book, The Peace of Blue: Water Journeys, while attendees partake of a zero-waste locavore spread prepared by East End resident chef Jes Tantalo.

Co-presenting with the CEJ is Bookmark It, the East End Market bookstore owned by Kim Britt. Britt and Moriah Russo, a Bookmark It manager, have worked to put together four free panel discussions as well as the “Eco-Tome,” their punnily titled selection of books by the participants (see list, next page). An ecotone, Russo informs me, is a transitional zone between two biomes, where “biodiversity is amplified and becomes very rich, because it integrates all of the elements of both,” as well as supporting species unique to the ecotone. And that Venn diagram effect is carried through in the panelists (see list, next page): They’ve woven together a group of artists, authors and activists who specialize in Florida’s history, ecosystems, food and cultural heritage, whose varied and overlapping specialties may create a unique knowledge base.

“The common element that all of these communities [share] is the argument that we need to preserve” Florida’s ecosystems, Russo says – particularly the rivers, springs, swamps and oceans that shape our state. “That’s why we’re using waterways as a figure and a device; it’s a nice metaphor, in that these tributaries all feed into this common body of earth preservation.” See a schedule of events and a list of books in the Eco-Tome, next page.

REFLECTING FLORIDA: HOW AGRICULTURE, ART AND ACTIVISM SHAPE OUR STATE

Books by these participants in “Reflecting Florida” will be available at Bookmark It, along with selected other Florida literature.

Bill Belleville: The Peace of Blue: Water Journeys, Salvaging the Real Florida: Lost and Found in the State of Dreams

Dale Slongwhite: Fed Up: The High Costs of Cheap Food