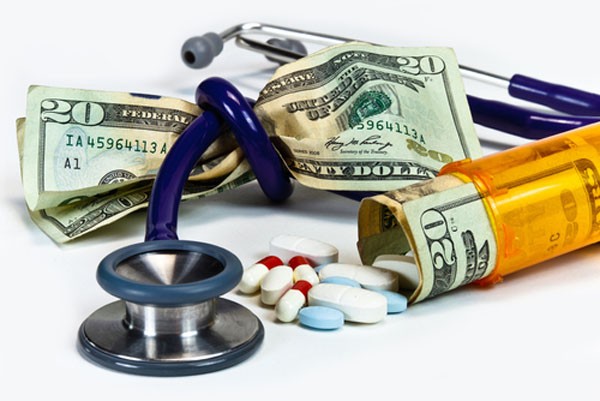 “I don’t think you can ever spend too much time talking about freedom, and that’s what this is all about,” Florida Senate President Mike Haridopolos, R-Merritt Island, told the Senate Judiciary Committee on Jan. 11. “We, as a state, have every right to stand up for our state’s rights.”

It was just the latest rallying call from Florida conservatives hoping to chip away at President Obama’s sweeping health care reform law, the Affordable Care Act, before its substantive measures go into effect in 2014. Last month Haridopolos sponsored the Health Care Freedom Act with the intention of putting it to voters to decide whether Floridians should be allowed to opt out of health care reform – and, more specifically, mandated health insurance coverage. A similar measure has been filed in the Florida House by Rep. Scott Plakon, R-Longwood. The Senate resolution has moved through two committees already (a more strongly worded attempt was removed from the ballot last year), and now joins the chorus of attacks on the president’s signature legislation. Former Florida Attorney General Bill McCollum’s federal lawsuit – filed last year with 19 other attorneys general, when he was still in office – will likely make its way to the U.S. Supreme Court, and the U.S. House of Representatives (including U.S. Rep John Mica, R-Winter Park) has made it clear that a full repeal of the law is its number  one priority.

“We want something that throws out the bad while keeping the good,” Mica recently told the Daytona Beach News-Journal. Mica’s office did not return calls from Orlando Weekly on  the matter.

In response to the onslaught, last week the Florida Public Interest Research Group published “The Cost of Repeal: Examining the Impact on Florida of Repealing the New Federal Health Care Law,” a 19-page report that attempts to make the case that, specifically for the Sunshine State, abandoning the law will only make things worse.

Among the potential ramifications, according to the report, are some of the Affordable Care Act’s most popular elements. As of 2009, 3.2 million Florida residents under the age of 65 were classified as having pre-existing conditions, meaning 22 percent of Floridians could be denied access to coverage. Moreover, it’s common practice for insurance companies to charge higher premiums for women due to the potential for reproductive health concerns. The ACA would outright ban such considerations by 2014. The law also allows children to remain on their parents’ insurance through age 26; a repeal would leave a potential 86,300 young adults without insurance options.

“The burden is really on us to get the word out on what this law means, what the benefits are,” FPIRG legislative advocate Brad Ashwell says. “It’s just become so hyper-political that we really need to take a step back and just look at what the actual ramifications of repeal are.”

But it’s the banner issue that’s harder to address. Nationally, four million people (out of the 21 million uninsured) are projected to pay fines for not participating in the mandated insurance coverage, an amount that the Congressional Budget Office estimated would add up to $4 billion a year between 2017 and 2019 – a $695 flat rate or 2.5 percent of household income per violation. Likewise, employers will be subject to punitive fines for  not participating.

The report doesn’t address the fines specifically, but reiterates the difficult argument that the mandates on individuals (exemptions are written into the deal for those who would pay more than 8 percent of their income and for special hardships and religious affiliations) are necessary to save the program from a “death spiral.” When mandatory coverage was ordered in Massachusetts in 2006, individual insurance premiums fell 40 percent, according to a report by the Milbank Quarterly cited by FPIRG.

The law does provide remedies for small businesses. Employer-sponsored insurance premiums on average have increased 114 percent during the past decade ($13,776 per family annually, and $3,997 paid by the employee in 2009, according to Kaiser Family Foundation). FPIRG argues that the average annual increase in premiums of 7.3 percent annually for Florida families doesn’t quite match the median household income growth of just 1.37 percent. One of ACA’s key components is the establishment of competitive exchanges intended to increase efficiency and decrease costs. Also, 246,000 Floridian businesses are already eligible for tax credits that could cover up to 35 percent of their health care costs. The repeal would mean an annual increase in insurance costs of $3,000 for employers and their employees and an end to the tax credits.

“The Democrats are trying to make that argument now, that it would save money by moving forward [with the law]. The reality is, if it got unwound, we would be right where we were, which again, is not a perfect world, but it is the best in the world,” Rep. Plakon says, adding that if you believe the liberal argument, “I’ve got a patch of land in the Everglades you might be interested in.”

Even Ashwell admits that the cascade of numbers and complexities can hardly match up to the “death by a thousand cuts” the Republicans are attempting on the legislation. In this binary political climate where popular support for the health care law only seems to be fading, the only hope is getting the word out.

“It seems counterintuitive, but I think we need to be in the weeds explaining what each of these elements is,” he says. “This was a big package of incremental reform, and each one of them has its own merits. That’s a really hard thing for the press to talk about and a really easy thing for opponents to attack.”