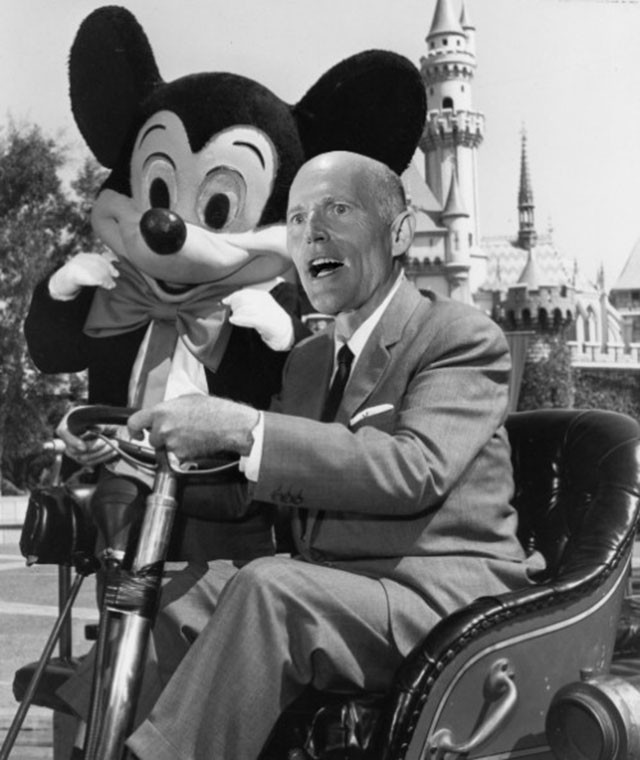 AMOUNT GOV. RICK SCOTT IS PROPOSING TO INVEST IN TOURISM ADVERTISING THROUGH VISIT FLORIDA IN HIS “IT’S YOUR MONEY TAX CUT BUDGET” IN 2014, A 60 PERCENT INCREASE FROM THE $63.5 MILLION SPENT IN THE CURRENT FISCAL YEAR

AMOUNT LEGISLATIVE DEMOCRATS ARE PROPOSING FOR THE STATE’S NEW MINIMUM WAGE, RAISING IT FROM THE CURRENT $7.93 AN HOUR RATE (AND $4.91 AN HOUR FOR TIPPED WORKERS)

“WHEN I HEAR A POLITICIAN SAY THAT WE HAVE TO RAISE THE MINIMUM WAGE SO WORKING FAMILIES CAN MAKE ENDS MEET, I CRINGE, BECAUSE I KNOW THAT STATEMENT IS A LIE. EVEN IF WE DID RAISE THE MINIMUM WAGE, WORKING FAMILIES WILL STILL NOT BE ABLE TO MAKE ENDS MEET ON THOSE JOBS. WE NEED GOOD JOBS THAT LEAD TO GOOD CAREERS FOR OUR FAMILIES AND THAT’S WHAT I AM FOCUSED ON.”
– GOV. RICK SCOTT
SOURCES: Tampa Bay Times, the Governor’s Press Office

Orlando was abuzz and agog last Friday as it prepared for the promised fly-by touchdown of People’s Gov. Rick Scott at Orlando International Airport, where he was set to spread some more of the Good News that keeps our hearts warm and our stomachs full in the off-season. “Something-something-tourism-something-something-economy,” was all that could be made out from the ham radio signals and email missives on Thursday evening into Friday morning. What splash of fresh economic disparity could we possibly expect from our own reverse Robin Hood this time? Record spending on the low-wage tourism economy, you say? Correct!

“We are on track for another record year, and we hope to build on this incredible momentum and make the Sunshine State the No. 1 travel destination in the world,” he told the layover set while standing in front of tourism leaders with greased palms. “To do that, we are going to recommend an historic $100 million in our ‘It’s Your Money Tax Cut Budget’ this year. Because every 85 visitors to our state supports one Florida job, a growing tourism industry equates to more jobs for Florida families and a stronger economy.”

So, if we’re going on strictly mathematical principles here, Scott cares about you only inasmuch as you represent 85 visitors. You are totally the 1 percent. But we don’t even have to dig into the algebra to see (once again) the bifurcated talking-point tongue from whence this messaging is being expelled. Just two days earlier, on the 50th anniversary of President Lyndon B. Johnson’s “war on poverty” declaration, legislative Democrats rang their tiny progressive bell and made it clear that they were proposing an increase in the minimum wage for the state to $10.10 an hour, which, not coincidentally, matches the same increase currently backed by President Barack Obama and congressional Democrats. The notion, on all logical counts, is that there have been virtually no cost-of-living increases in the past three decades for regular folks, so, naturally, we’re all even poorer than we were in 1979 (or when the unions died; it’s up to you).

But, what’s this? Scott is already balking at the inherently symbolic bill, kowtowing to the giant tourism interests that oil his rickety joints, and basically contradicting himself.

The thought of raising the minimum wage makes him “cringe,” he said just two days before his tourism jet-set jaunt, because nobody wants those low-paying jobs, and we should have better jobs in the STEM sector, because Florida is a thing of genius, or somesuch. Meanwhile, he’s issuing statements – and a boatload of industry circle-jerk testimonials – talking about how selling more giant turkey legs at Disney (while sick, likely) is going to save Florida’s families from Florida’s disastrous governance. “A stronger economy,” indeed.

You know who believes him? Let’s see: Tammy Gustafson (who chairs VISIT Florida and runs national and group sales with Universal Orlando), Ed Fouché (who twice chaired VISIT Florida and is senior vice president of sales for Disney), Carol Dover (who sits on the VISIT Florida board and leads the Florida Restaurant and Lodging Association) and every other person of industry import the governor’s press office could grab a blurb from. Wrap that in the gushing spittle of lower-rent tourism agencies and lapdog legislative Republicans and you have an argument that simply cannot be challenged (until you’re challenging it yourself).

“The hospitality industry has led the state in job creation for 44 straight months now and employs nearly 1.1 million Floridians,” Florida Attractions Association president and CEO Bill Lupfer stated in the organized press flooding. Um, yeah. So much wrong with that. What about the 1.1 million who won’t be getting health care because of your governor, or the fact that these hospitality jobs often require government assistance? Somebody, bring us some sanity!

“Gov. Rick Scott is saying to Disney, Universal and SeaWorld what we all already knew,” says Organize Now director Stephanie Porta, who fought many of the organizations cited in last year’s earned sick time battle. “Our taxpayer dollars are corporate welfare designed to keep the rest of us all poor. He’s saying ‘it’s your money’ to the corporations.”