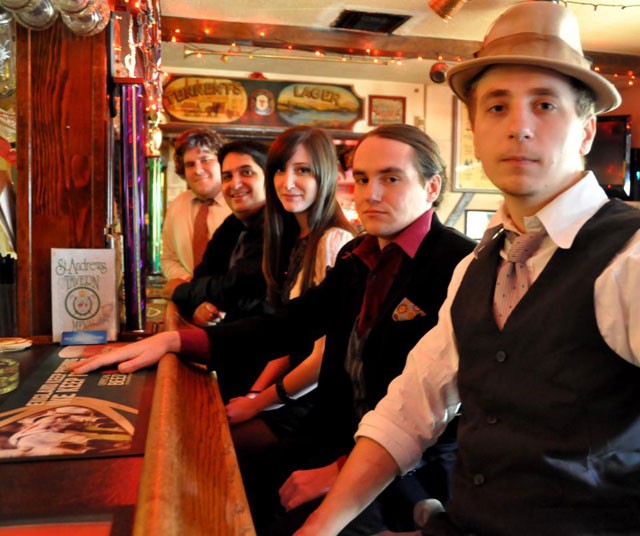 In the United States, the piano has a reputation as the country's most popular instrument. A lot of people own one. Even more people can play one with a competence level that exceeds a rousing round of "Chopsticks." But the harmonica – that's another story. Commonly viewed as a toy or regarded as boring, the mouth harp takes a lot of flak, but what Orlando's most notable harmonica player RJ Harman would have you know is that the under-sung instrument is essentially a pocket-sized piano.

"It was about eight months … after my granddad got me [the harmonica] that … I got really bored one night, and I started playing," Harman says. "And I don't know how or why, but I must have learned like 10 songs that night, just sitting there and learning and then doing it, doing it, doing it. Then, I started practicing it more, started progressing more, and I came to the realization that it's kind of like a piano … you just can't see it. And I was kind of struck by this invisible instrument, because you can't see what I'm doing. I can't see what I'm doing. So, when you hear a harmonica player, it's kind of like there's nothing there."

Harman, whose band RJ Harman & Company is currently a semi-finalist in the International Blues Challenge and will be competing at the next level in January, practiced the harmonica for four hours every day for two years to become such a staggering talent. His confidence with the instrument has lent his life a ton of independence, too; His three jobs – teacher, technician, and musician – are all owed to how savvy he is with the harmonica.

Not only does his band, on average, play 10 shows a month, but Harman also builds custom harmonicas for clients inside and outside of the U.S. Like a mechanic dedicated to repairing only specialty cars, Harman's unique skills put him in exclusive contact with the instrument he says he woke up one day and knew he'd be playing the rest of his life.

But don't expect him to be the next Bob Dylan. The sound of RJ Harman & Company, which includes Chris Valone, Nick Holcomb, Will Vazoso, Tommy Shugar, and Rachel Harman, runs the gamut of styles contained within the blues genre, due to Harman's varied and eclectic tastes. He says it's not uncommon for skeptical onlookers to display visible shock upon hearing their opening song, which might be an original or a radically rearranged blues classic or even an unexpected reimagining of something wholly different, like Tom Waits' "Make It Rain."

Up next for the band, who has memorably shared the stage with Buddy Guy and Lupe Fiasco, is a spot in the lineup of Localcopia, the annual Orlando festival featuring local bands and vendors that promotes sustainable living. Then, leaning on Harman's bag of tricks on the harmonica, with any luck, their next stop is Beale Street in Memphis, where they hope to best last year's placement in the top 40 bands at the International Blues Challenge main event.