Contrary to popular belief, it is possible to be more than just a jack of all trades – and rockabilly master Deke Dickerson is living proof. A Missouri native who caught the bug as a teenager, Dickerson moved to Los Angeles in 1991 and started beefing up his overstuffed resume. From guitar wizard to antiques collector, record producer to label owner, anthropologist to biographer, and quick-witted columnist to excitable collaborator, Dickerson wears countless hats.

More impressively, he juggles them with ease – perhaps because all of his pursuits roll up to the common goal of performing, preserving and promoting American roots music. "I just remember growing up hating music that was popular," Dickerson tells Orlando Weekly. "When I first heard Chuck Berry, Jerry Lee Lewis and Bill Haley, it just clicked with me. I started playing guitar in my first rockabilly band when I was 13, and here I am now [at 51]." 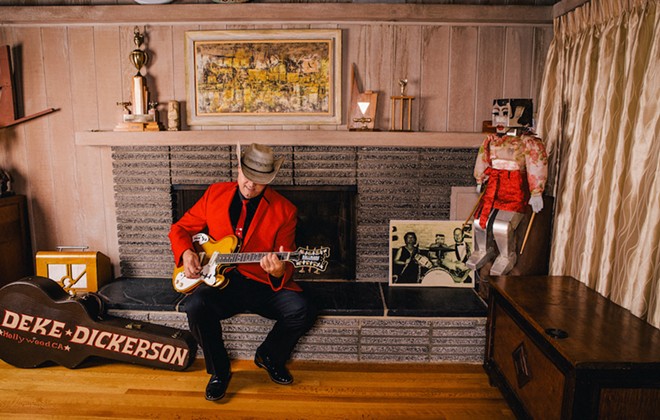 So what keeps a diehard like Dickerson so committed? "Mostly it's the bag of half-eaten Doritos in the green room," he laughs. "Seriously though, I still love performing, I still love this music and I love turning people on to this music." Lately, that fun has taken a number of forms. His longtime work with Ecco-Fonic Records and Ecco-Fonic Studios allows Dickerson to keep his hands close to the source of countrified rock & roll, early R&B and jump blues. An avid accumulator of weird records and even weirder instruments, he's famous for trotting out double-, triple- and even quadruple-necked guitars at shows and then ripping on them. A passion for uncovering lost artifacts and untold stories led Dickerson to start pursuing music journalism in tandem with his recording and performing. ("I always joke that I picked the one side career that pays less than playing music," he guffaws.) But his subjects cut deep into the heart of America's complicated rock & roll.

A 2018 piece about Link Wray's glaring omission from the Rock & Roll Hall of Fame and the short shrift paid by that supposedly hallowed institution toward musicians of color still reverberates to this day. Lately, Dickerson has poured that feather-ruffling energy into a biography of Kentucky-born picker and songwriter Merle Travis. "I've gone down the rabbit hole studying the origins of [Travis'] thumb-style guitar playing," Dickerson says. "It's a really interesting trip into how music was played and passed down over 100 years ago between white and black cultures, hillbilly and blues, with lots of interesting different regional styles."

Dickerson believes such work is pivotal and, earlier this year, he was named Musician of the Year at the Ameripolitan Awards because of it. "A lot of people don't realize just how much history and knowledge gets lost when somebody dies," Dickerson says. "In the course of doing this Merle Travis book, I've interviewed six people in their 90s, and three of them have died since I interviewed them. Think of the stories that would have been lost if I hadn't talked to them!"

Looking forward, Dickerson is thrilled about his mid-summer run through Florida. The adventure starts in Tampa, where Dickerson will link up with a band he's dubbed the "Uh Oh-Fonics" because their first show is at the Rockabilly Battle Royale, which requires participating musicians to play tunes they've never tackled before on unknown instruments. "Don't worry, though," Dickerson laughs, "when we hit Orlando, we're all going to be playing the right instruments!"

Dickerson says he looks forward to hell-raising adventures in Florida with friends and like-minded musicians. "I've had some wild times there," he says. "It's one of those places that lends itself to crazy times – and that's all I'm gonna say about that." Pressed for details, he relates a winter trip to do the Outlaw Country Cruise, when Greg Laxton took Dickerson to meet Billy "The Kid" Emerson in Tarpon Springs. "Billy is the oldest living Sun Recording artist," Dickerson says. "He's 95 and still kicking! He was ornery as could be and refuses to play his old songs from the 1950s because he only performs gospel now. But he did sign my Sun 45s I brought along. That was amazing."

Equally exciting, Dickerson says, are the three European runs he's done in the last two months, covering England, Spain, France, Italy and Germany. "It's a whirlwind but I'm having a blast," Dickerson says. "I always said, when it's not fun anymore, I'll stop doing it ... and I'm still having fun." 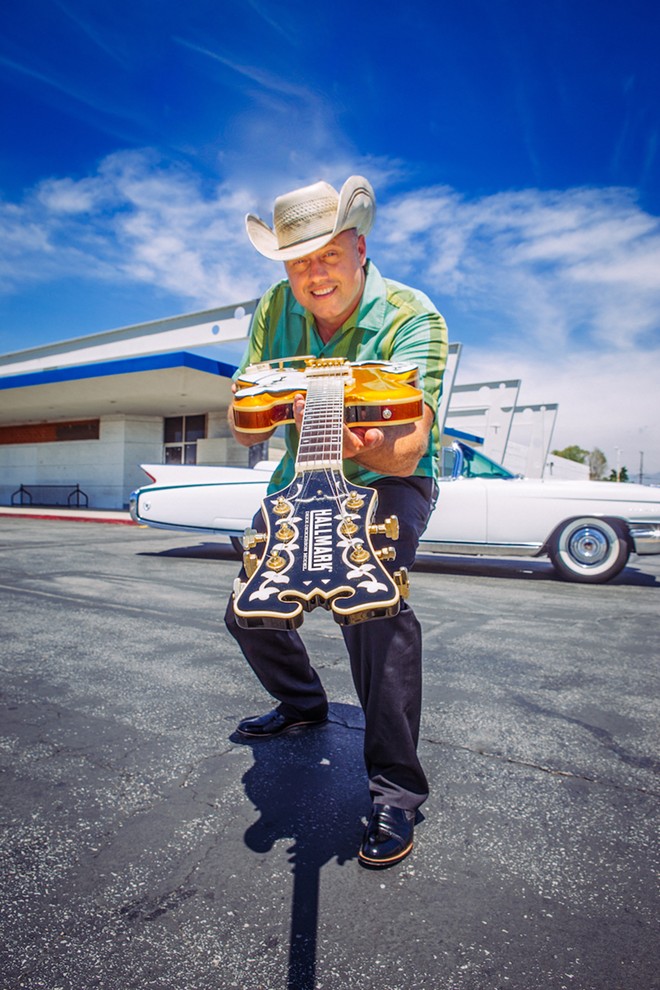