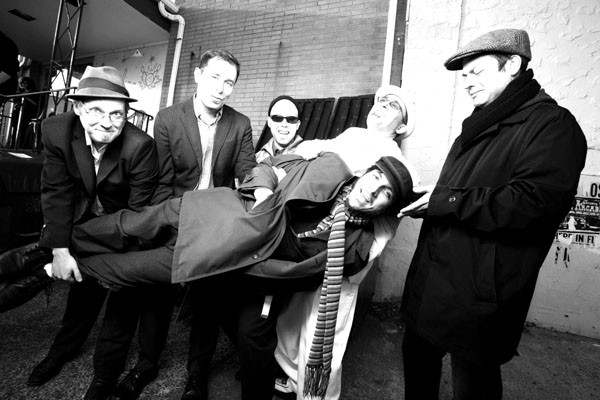 If not for the band's name, you'd stop short of calling these guys slackers. For an underground band to maintain a backbreaking work ethic for so long defies the norm in a business that often values flash over longevity. After 20 years, the Slackers still book their own shows, make their own merch and move their own equipment. While they play reggae and ska, stamping this group with that kind of label undermines their prolific chops.

"We knew that we wanted to play everything, and our problem was that we were kind of schizophrenic in our styles," says Vic Ruggiero, who founded the Slackers in 1991 as a punk and 2-tone trio at New York University. "We were frustrated with ourselves, 'cause we couldn't figure out why we didn't sound right."

For starters, they weren't punk musicians. Ruggiero, then 19, taught himself piano in grade school and even sang in the Metropolitan Opera. When he introduced his organ to the group and enlisted a horn section, the Slackers emerged in 1996 with Better Late Than Never, an album truer to the band's taste. Its sound, known as rocksteady, fused vintage Jamaican rock with American garage and British ska influences. The Slackers have also embraced soul, rockabilly and psychedelia throughout their career.

"The only thing I can compare them to right now is the Rolling Stones," says Marq Lyn, a vocalist with the group until 2004. "There's a band that hasn't broken up. And if you look at the bands that have not broken up, the reason why they're still together is because of their love of music."

That passion amassed a following early on in Europe and Asia, where fans continue to cram into tiny clubs to catch the sextet in action. At the center stands Ruggiero, mutton-chopped and endearingly sinister, hunched over his organ. He wails from the gut, trading vocal duties with co-frontman Glen Pine on songs about war, heartbreak and right-wing conspiracy. It's depressive but designed for dancing.

The Slackers celebrate their 20-year anniversary with Stash Box, an in-the-works retrospective CD that collects 19 cuts chosen by the band's loyalists online. Ruggiero compiled the set from his own vinyl copies - pops, clicks and hiss were retained for effect. Stash Box features favorites like "Yes, It's True," "What Went Wrong" and "Married Girl" - catchy gems that never got a spin on commercial airwaves.

"That's the flip side to not having big radio success for the Slackers, is that we didn't indebt ourselves to people who could ruin our careers," says drummer Ara Babajian. "And so we've never been too spoiled by  success to stop working."

With nearly a dozen studio albums to the band's credit, Heather Augustyn, author of Ska: An Oral History, notes that the Slackers have "one foot in the roots and one foot on their own turf." They're the portrait of indie endurance, and Ruggiero says he looks forward to the next milestone.

"I like the old-guy-playing-music thing. I could see that working," he says. "But until that day, we're just gonna be happy that a couple of people ask us to play at their wedding."