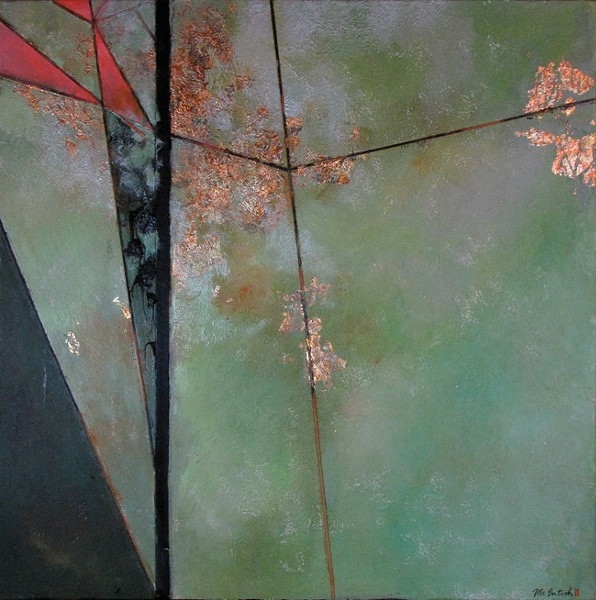 For intrepid art lovers willing to trek up Route 441 to Eustis, a delicious reward awaits: an exhibit featuring Maury Hurt, Hal McIntosh and Bill Orr together at the Lake Eustis Museum of Art, a small space near Eustis’ tiny downtown. These three living Bok Fellows are giants in Central Florida’s art heritage. Each has his own style and intensity, and all are embedded in our region, having studied at the Research Studio in Maitland under the legendary Andre Smith.

Today known as the Maitland Art Center, the Research Studio was once a cauldron of talent funded by art patron Mary Curtis Bok and directed by artist and architect Smith. He discovered McIntosh painting a watercolor in Eatonville and promptly recruited him to study. Orr applied through a newspaper ad, and Hurt, one of the youngest, came in 1961. All three artists built strong reputations, and this show is perhaps their first group exhibit since they were students.

A renowned equine artist, Orr captures the drama of horse racing in large, muscular portraits. “Timothy” is an early painting of a horse in a harness race; the horse’s rippling flesh, its gleaming, broad thighs, and its fierce eye make this portrait unabashedly sensuous. Orr is a romantic, placing the horses in chiaroscuro or bathing them in an ethereal glow.

Also bonding with animal souls, Hurt interweaves archaic and exotic cultures into powerful, dreamlike images, each one a rich narrative of its own. “Rite of Spring” delicately floats transparent male and female figures in courtship, dappled in a sea of color, suggesting the profound beauty of the prelude to romance. Ancient and universal themes tap into the unconscious in Hurt’s layered hues.

McIntosh (whose painting “Division” is pictured above) has one foot planted in the East and one firmly in the West. He has the ability to portray the lush depths of infinity present in scenes barely worth a glimpse: calico fish in a pond, for example, become “The Gathering” – their positions are so random, yet so integrated into the cobalts and azures of the water and the pink cloud reflections, that they could not be anywhere else. In “Lukas-Milan,” a stunning portrait, the young man’s soul emanates from his electric-blue eyes.

Once, when it was acceptable to build upon the past (not merely ape it), Smith influenced these artists. Each of them used this influence as basis for individual exploration. These gentlemen remind us that, in the art world, talent and hard work build over time to a crescendo of beauty and depth.