What local artists are listening to. This week: Joshua Nye of Dark Sixties 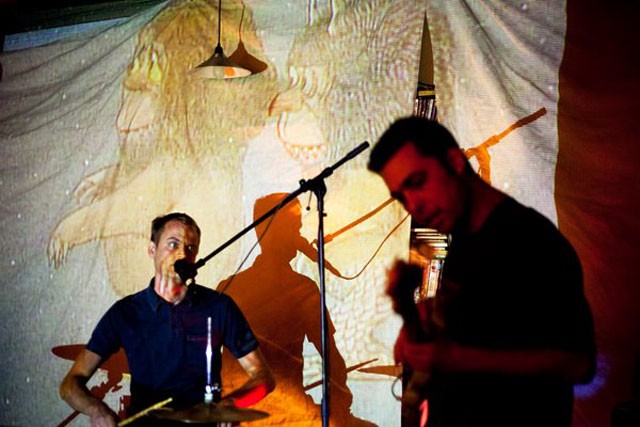 "Heavenly Beat is my latest indulgence. They're the Krispy Kreme of new bands: hot now," says Nye. "I'll take a dozen. Or 11, if we're talking tracks on their new album, Talent. It's super-satisfying pop that reminds me of late nights watching 120 Minutes. It has all of the shimmery nostalgia of the music I loved in my goth years, minus the pained sense of self-importance. Yeah, the old standbys of shoegaze, Manchester and synth-pop are still great, but I love the new kids. Wild Nothing, Tamaryn, DIIV, the Radio Dept.: These bands get me somewhere close to the blissful melancholy I felt as a kid listening to the Cure, the Jesus & Mary Chain and the Smiths."

Nye continues, "Toro y Moi pretty much introduced and wrapped up the whole chillwave phenomenon in one fell swoop. No other album in the genre comes close to Causers of This. Toro's new single, 'So Many Details,' is his strongest release since. It's so fragmented and drowned, but somehow, he brings the funk. It's just a sick song. I hope the album matches up."

Heavenly Beat is the latest side project of John Peña, who used to play bass for Captured Tracks labelmate Beach Fossils. Talent is their first full-length album, with single tracks from the release garnering a lot of praise last year. Although the band seems to straddle two cities, Brooklyn and Austin, Paste listed them among 12 New York bands to listen to now (along with DIIV, who Nye also mentions above).

Nye plays drums for Dark Sixties, who sound sorta like the love child of Brian Wilson and Brian Eno. They play next at Will's Pub 9 p.m. Thursday, Jan. 3;$5 cover. Listen at darksixties.tumblr.com.